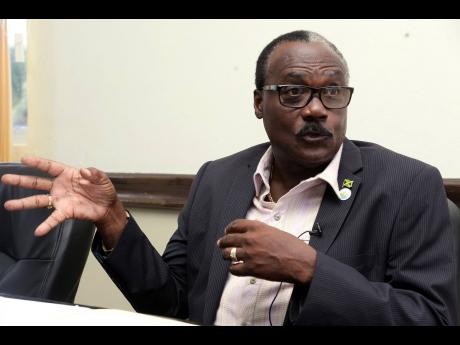 Describing the spike in COVID-19 cases in Portland as alarming, Port Antonio Mayor Paul Thompson is appealing for residents to be more responsible and to adhere to health and safety protocols.

Thompson’s comments came hours after the Ministry of Health and Wellness revealed that Portland accounted for 58 of the 723 new cases on Saturday.

Portland has tallied 639 cases overall since the first infection was recorded on the island nearly a year ago. That represents two and a half per cent of Jamaica’s aggregate 26,026 cases.

But Saturday’s one-day positive results are almost 10 per cent of all of Portland infections since the spring of 2020. The eastern Jamaica parish has the lowest number of COVID-19 cases islandwide.

The mayor has cited the illegal hosting of parties and the refusal by commuters to wear face masks as triggers of the upswing in infections. He said tougher enforcement was required to curb the spread of the virus, which has been “killing our friends, neighbours, and family”.

“We continue to ignore the basic protocols of washing hands, wearing of mask, and sanitising,” said Thompson, who is also chairman of the Portland Municipal Corporation.

“Irresponsible behaviour on the part of some persons is what is causing this spike in Portland.”

Thompson said he would be meeting with the Ministry of Health and the chamber of commerce by Tuesday to discuss what he described as a chronic crisis.

He said that councillors and other stakeholders would have to press home the importance of abiding by all the stipulations of the Disaster Risk Management Act - the coronavirus legislation that governs protocols such as social distancing.

“Persons were not wearing masks last year, and the numbers were low, but this year, the number are shooting up. It is time to practise safety first,” he told The Gleaner.

Parish health officials were reluctant to comment on the situation at this time.