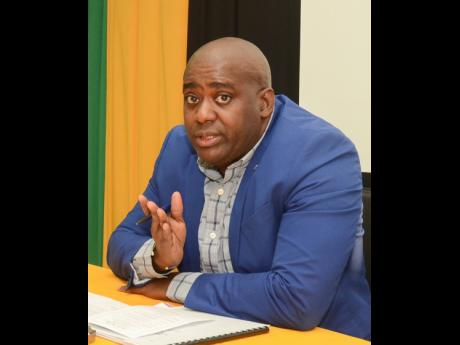 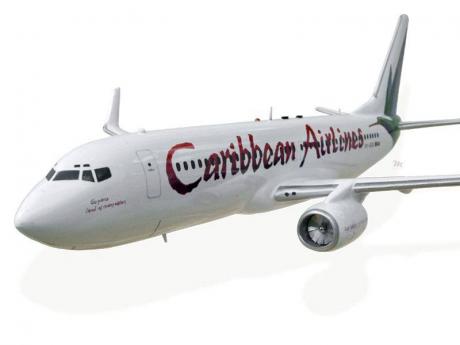 The island’s courier service providers are haemorrhaging hundreds of thousands or even millions of dollars in revenue due to cargo flight delays that have resulted in missed deadlines and have forced heavy customer discounts for items long past their delivery dates.

It is a long-standing issue which has seemingly blossomed after Christmas as the main cargo carrier to Jamaica, Caribbean Airlines, faces viability crunches, recording a $738-million operating loss last year, according to reports in its home country, Trinidad and Tobago.

Quizzed on Friday, Caribbean Airlines said it is taking steps to address the delays, but those solutions would have come too late for some courier service operators and their customers with time-sensitive shipments. These include persons shipping items for sale or for events such as birthday parties, weddings, and funerals.

It’s another blow to online shoppers, who have been clamouring for an increase of the free on board (FOB) value, which allows duty-free passage for individual shipments valued less than US$50. Last week, Finance Minister Nigel Clarke told Parliament that it would not be feasible to increase the limit at this time as “the Government’s revenues are falling precipitously when we are still in the middle of a pandemic”.

In fact, in addition to making things harder for local retailers, such an increase may exacerbate already-damning flight delays, argued some courier providers, citing a catch-22 in addressing many of the major challenges in an industry that has reportedly grown by some 45 per cent since the coronavirus outbreak last March.

Figures released by the local E-Commerce Couriers Association suggest that since last year, there have been on average 300,000 people using the services each month, shipping roughly 600,000 kilograms per month, the majority being small packages weighing under a pound or 0.45 kilograms.

“Caribbean Airlines’ rate is superior to the others, so primarily everybody would go with Caribbean Airlines, but the problem is that they have a tendency of leaving behind cargo. You will send off a shipment and you don’t know if it was bumped or if it was left behind until you go to the airport to clear it, and there is no prior warning,” stressed Maurice Ryan, general manager for JPak Delivery Service, which has been operating in Jamaica since 2015.

While Ryan bemoaned the situation on Friday, he received a call from one of his employees that a shipment scheduled to arrive in Montego Bay had been delayed by another week. Instances like these, he said, put pressure on him and other couriers as customers lose confidence.

“The thing about it is that when the shipment departs our warehouse to go to Caribbean Airlines, a notification email is sent to our customers to say that their packages have departed, so customers are very familiar with the process and timeline,” he told The Sunday Gleaner.

“And when the customers are expecting their goods to come and it doesn’t, it puts a further delay because now that goes to next week,” he said. “The customer is shipping with JPak, not Caribbean Airlines, and though they understand timelines, they don’t understand the inner workings, and their frustration is meted out to us, not Caribbean Airlines.”

President of the E-Commerce Couriers Association Mark Gonzales, who is also CEO for MailPac Express, said personal items are in many cases being bumped off flights in favour of medication and livestock, regarded as perishables or more desperately needed.

“So while you would pay an average of US$1.92 per kilo on Caribbean Airlines, you would be paying US$3.90 on an Amerijet, and it’s the same thing for IBC because they use a different method of calculation for the freight,” explained Gonzales. “Almost all the couriers are using Caribbean Airlines, and if everybody is using the one airline that only has two flights per week with thousands of inbound packages, you can just imagine the delays.

“It is affecting everybody, but primarily smaller companies will see cash-flow challenges because they would have paid all those up-front costs,” he explained further, noting that while in some cases couriers are forced to give customer discounts on delayed shipments, this has to be limited as it eats away at companies’ viability.

Further, such offerings are offered subjectively by companies as there is no set policy regarding what discounts are available to customers for late shipments. In some cases, goods left uncollected because of delays are liquidated to ensure companies recover some of their operating costs.

Conservatively, roughly 70,000 packages are shipped to Jamaica each week, according to Gonzales, adding that not all couriers are prepared to share their data. Directors at ShipMe, one of the island’s more recognised services, opted to speak through the association on the issue, which they agreed has been extremely problematic but provides Caribbean Airlines or other cargo freights an opportunity to improve their services or capitalise on the growing market.

Last Friday, Caribbean Airlines Cargo Manager Easton Brown said he has been aware of the challenges facing Jamaican couriers, but directed The Sunday Gleaner’s queries to the airline’s offices in Trinidad and Tobago. There, Head of Corporate Communications Dionne Ligoure said adjustments were being made to handle the heavy delays.

“I can confirm that Caribbean Airlines is in discussion with the Couriers Association of Jamaica to understand how the airline can better serve the needs of the industry. There has been a growth in the demand for the movement of courier goods, which, based on the aircraft type currently used, demand would sometimes exceed capacity,” Ligoure explained in an emailed response.

“Recognising this, and in order to address the same, Caribbean Airlines will be increasing our capacity to 300,000 pounds from 200,000 pounds starting the week of April 11,” she disclosed.

This promise, however, has come as little comfort to Shawna Prince, director of Reliable Courier, which has been operating in Jamaica for the past six years, or for Bryan Aikman, operator of the E-Biz Centre, which continues to suffer from bumped cargo without notification from the airline.

“For example, we had a customer who placed her order. It reached Miami, reached Caribbean Airlines’ warehouse. We did not get the shipment until about a week later. The items were basically of no use to the person any more, and she argued that ‘If I’m going to take this, what is it that Reliable is going to do for us?’, and based on the stress, we ended up giving her the item free,” said Prince, noting, like others, that she has not spent the time to calculate her losses from the delays.

That client was supposed to pay $1,500 for that order, but that through the months, Prince said, she has had to be doling out discounts of “10 per cent, 20 per cent on a package, depending on its size, but we try everything to satisfy the customer”.

“On any particular day, we will have a shipment and it is broken up and they say that it will be included in the next one, but that is not necessarily the case. We sometimes get another shipment and only part of the first one comes. So shipment ‘B’ comes now and part of shipment ‘A’ is still outstanding. You would have expected that if they don’t carry the full shipment, you give it priority next time, but that is not necessarily the case,” lamented Aikman, who has been operating his business for the past decade.