‘The whole community is shaken’ 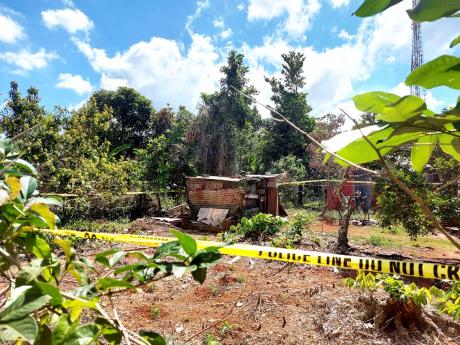 The granddaughter of Advira Wilson Palmer has been taken into custody in relation to the stabbing death of the 84-year-old that has jolted the quiet south Manchester community of Smithfield.

Wilson Palmer was described as a reserved churchgoing senior who lived a simple life tending to her backyard garden and raising chickens.

The Manchester police reported that Wilson Palmer’s body was found in her own chicken coop on Monday about 8 a.m. with stab wounds – a grisly picture that left members of the community outraged and shocked.

Wilson Palmer’s granddaughter is believed to have been there on a short visit from Kingston.

Residents have described the killing as mysterious and tragic.

“We are so cut up about the whole issue. My children are so traumatised, they couldn’t sleep last night. The whole community shaken,” said one of Wilson Palmer’s neighbours who requested anonymity.

Residents said that they were spooked when they discovered a fire in which Wilson Palmer’s Bible and other possessions had been tossed.

Another neighbour said she saw Wilson Palmer on Friday getting ready to head to Mandeville and was shocked to hear that the elderly woman met a gruesome end metres away from her backyard.

“Monday was the first time I was seeing this granddaughter. She had packed her bag and was ready to leave after the incident, but the residents were adamant that she had to wait for the police,” the neighbour, who asked that her name not be published, told The Gleaner.

Residents say they are hoping that justice will served.

“Whoever did this is wicked and I hope the police find them and they face the full length of the law. We don’t see these kind of things around here,” a resident said.