Pastor who called for Holnesses’ death predicted his arrest 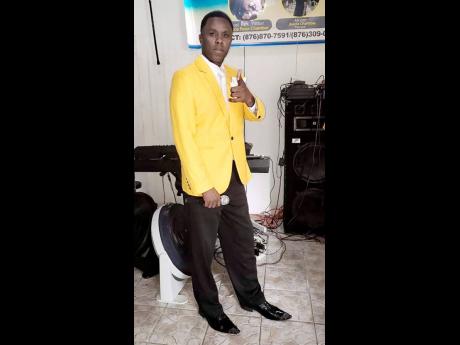 Contributed
Peter Chambers, the St Ann pastor who has been detained by the police.

A pastor in Brown’s Town, St Ann, who had been waging a campaign on social media against Prime Minister Andrew Holness and the COVID-19 measures he had been implementing had predicted from as early as August 2020 that he was going to be arrested.

Death was also prophesied on the Holness family.

The Reverend Peter Chambers was taken into custody on Wednesday morning by a team from the Counter-Terrorism and Organised Crime (CTOC) investigation branch that swooped down on his home in Orange Hill, Brown’s Town, and whisked him off to lock-up for questioning.

Allegations are that a quantity of foreign currency was seized in the operation.

Splitting opinions about his social-media campaign, Chambers sparked controversy when in one of his videos when he claimed that the prime minister had to “go down” as he was fighting against the Church.

The Wednesday morning operation apparently came as no surprise for Chambers, who, in a YouTube video last August, claimed that it had been revealed to him in a vision that Holness would send the security forces to lock him up.

“I recognise that the people of Jamaica, they don’t know how to identify evil from good because they say that I am evil, and they said that the Brogad is righteous. But I can understand. You are under the spell of your prime minister, you’re under the obeah and the Lodge spell. That is why you bash, you oppose, you resist, you bombard the servants of God.

“The honourable prime minister will be sending soldiers and police for me. He will be coming for me, and I have been preparing for him,” Chambers said in the video.

The video gained wide support on social media despite some detractors opposing his protest.

In another video, Chambers said that the Holness family would reap God's wrath.

"Death will be coming into your immediate family, death in your house, your wife, Juliet Holness, Minister Juliet Holness is gonna be sick in her body; not only her but many of them in the Cabinet, in the obeah Cabinet," he said.

In the most recent set of measures to curtail the spread of the COVID-19, churches are unable to hold services for the next three weeks as curfews will be in place all day on each Sunday. On other days of the week, restrictions are relaxed.

It is the second time in recent weeks that a pastor in St Ann has been taken into custody.

Earlier this month, Pastor Christene McLean of the City of Refuge Endtime Prophetic Ministries church in Windsor, St Ann’s Bay, was charged for breaching the Disaster Risk Management Act. The police had swooped down on the church, where it is alleged that more than 50 persons were caught worshipping. Those numbers exceeded the 10 persons the Government had stipulated under the COVID containment measures.