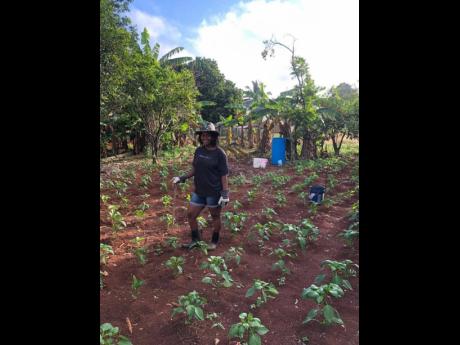 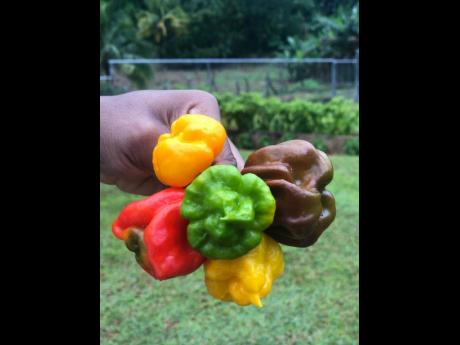 Contributed
Peppers reaped by Jodeen Gayle in her backyard garden. 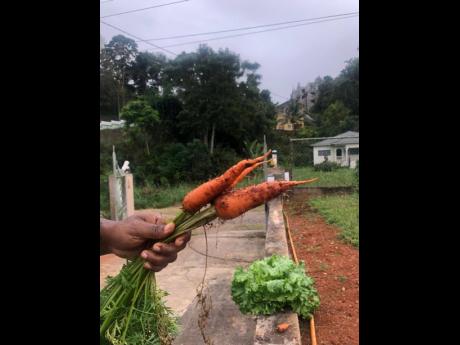 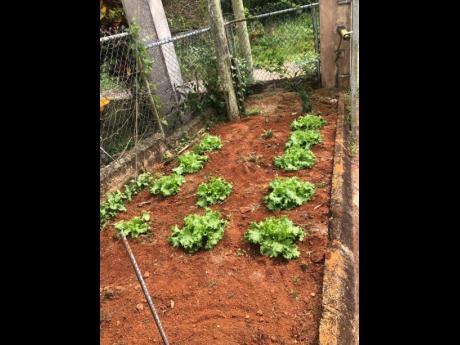 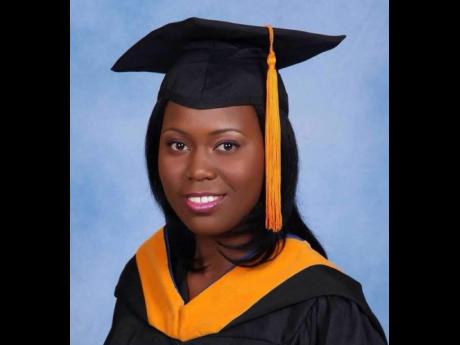 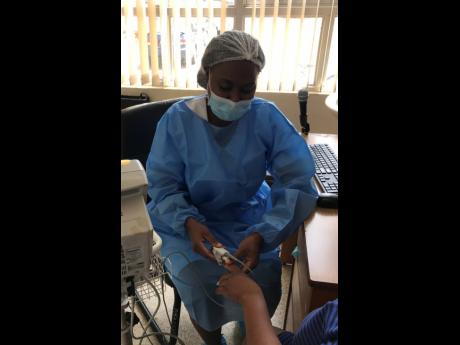 When Nurse Jodeen Gayle began planting vegetables and other cash crops a few years ago, she was sowing seeds she hoped would grow a relationship with her absentee father, a man she first met at 12 years old.

While the harvest was bountiful, the relationship with her father did not blossom.

Undaunted, the Mandeville Regional Hospital Emergency Medicine Division (EMD) registered nurse/midwife took a critical decision, much like those she makes on a daily basis on behalf of patients. She would stick with nursing because helping patients recuperate brought her great happiness, and she would also continue planting assorted vegetables, which allowed her to eat healthy and share produce with friends and colleagues.

For now, she has no regrets about giving service to her nation, although she successfully sat the nursing examination which qualified her to work in the United States. Almost five years later and despite the hazards and hardships of working in Jamaica – including “the likkle bit a money nurses get” – she chose become a patriot for the country she loves: Jamaica.

‘Farmer Nurse’ or ‘Farmer Jo’, as she is affectionately called, Nurse Gayle said that engaging her nursing skills and reaping her crops are tremendous sources of happiness.

“It is 100 per cent therapeutic. When I leave the stress of work and get home, I would tend to the plants. Everyone says I have magic fingers because everything I plant, blossom and grow. Now, even persons with whom I share stuff have encouraged me to start selling stuff,” Gayle told The Gleaner.

Born in St Elizabeth, Gayle grew up seeing her grandfather and grandmother in farming – an occupation not uncommon to a significant percentage of the population in the Breadbasket Parish, known for producing much of the country’s herbs, tomatoes and watermelons. She recalled that her grandfather also planted sweet potatoes and peanuts, while her grandmother did peas and beans.

At Hampton School, she chose agricultural science over instructional technology and planted pak choi, the green leafy vegetables that goes well with everything when steamed or as part of green juice for body cleansing.

“The pak choi came out great and that’s when I really fell in love with farming,” she said.

But farming would take a break after she left Hampton and began studying nursing at Northern Caribbean University in Knockpatrick, Manchester.

On completing her training in 2013, she was unable to secure a job despite the nursing shortage in Jamaica as the medical facilities were not hiring. She would eventually secure a job at Mandeville Hospital, where her father became a patient a few years ago.

“My mother always told me to forgive him, and at the time, he wasn’t working, so I was trying to find a way to help him earn some money and for me to make some extra money because trust me, nurses don’t make money in Jamaica,” Gayle said.

With assistance from a relative in St Elizabeth, she cleared a plot of land and employed her father to oversee the crop of carrots, cabbage and cauliflower and “it did very well”. The effort was to build a relationship when they began sowing together, but that took a massive hit of personal and emotion drought and she cut her losses. She discontinued the farm.

Fast-forward to 2020, just before COVID-19 racked the world.

Gayle was studying in Kingston, when the SARS-CoV-2 virus, which causes COVID-19, was first confirmed on the island, sending life as Jamaicans knew it into a tailspin. With an eagle eye on the unfolding health crisis, she desperately needed an outlet for the unfolding anxiety.

“I think nurses in EMD have it hardest, because all patients come to us first and we make a decision where they go. I work in the COVID unit, and when that hit, I said I had to find something to occupy mind rather than the situation. It was my boyfriend who bought some peppers, and I took the seeds and planted them,” she said, watering them with love every morning.

Just months later, 15 Scotch bonnet seeds grew into 150-plus plants, and several pounds of pepper for gifts and sale after she began using the lawns of the house she shares with her significant other. She would also seek advice from ‘Mr Bailey’, a porter at the hospital who also grew peppers. Her pepper crop was bountiful, and she was encouraged to purchase other seedlings.

“My backyard became beautiful and people admired it and I would share what I have. I am now harvesting from about 37 pepper trees and I have made over $20,000. I am using that money to invest in the farm. People from all over are requesting the produce. I am inspired to do more,” she said.

Recently planted garlic are “coming up”, said the nurse, who was not yet born when former Prime Minister Michael Manley urged Jamaicans to “grow what you eat and eat what you grow” in the 1970s. The message would be repackaged over the years and supported by different administrations.

With dedication and commitment, she cleared and prepared the land herself with a hoe, using the same hands that are committed to the healing.

She talks to the crops, telling them of her expectation and watering each plant individually from rainwater harvested in a donated blue plastic drum.

“When I started, my boyfriend would just watch me, kind of sceptical, but when he saw how they were turning out, he began to help. So I collect the water from the drum, cut a plastic bottle and water them one by one. It moves faster. It is love. It is love,” she said, beaming.

The unavailability of land in the parish has stymied expansion efforts so far, but Gayle is not about to give up, telling The Gleaner that when she retires from nursing, she would continue farming even if it means hiring help if she is unable to do much physically.

“Farming is fun,” she said, adding that Agriculture Minister Floyd Green and Clyde Williams have been inspiring in their message to Jamaicans.

“Use farming as therapy in this pandemic. If you buy something with a seed, just plant it and nurture it and see what happens. You might just surprise yourself,” she urged Jamaicans.