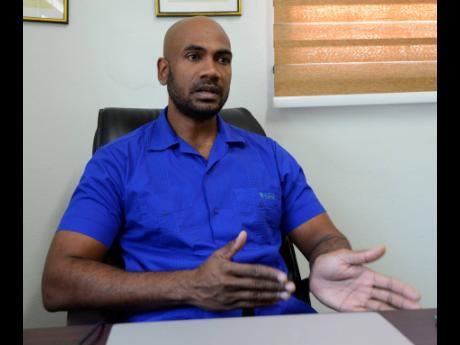 Doctors in private practice, with the support of pharmacists, continue to prescribe the antibacterial, antifungal drug Ivermectin for patients with adverse COVID-19 symptoms despite the Ministry of Health and Wellness not giving the drug its blessing to treat the illness.

Five private doctors in Kingston and St Andrew and one each in Manchester, St Elizabeth and St Catherine told The Gleaner that they are frustrated by “continued stubbornness of the Government” in not allowing it to be used in the public sector as well, as it could help to save the lives of patients, especially the elderly and with comorbidities.

Last month, the Government said that there was not enough information to recommend, either for or against, Ivermectin as a drug to treat COVID-19, noting that the World Health Organization (WHO) had said that more clinical studies were needed.

However, the doctors, who spoke over the last two weeks to The Gleaner, continue to swear by the drug, pointing out that they have been prescribing it to their patients for months with great results.

Dr Alfred Dawes, who supports the use of the drug to treat COVID-19, said that doctors were frustrated by the ministry’s position, pointing out that the issue was twofold.

“Because of the vacuum out there for treatment and the information that Ivermectin not only works, but decreases the chance of getting COVID, and also the risk of hospitalisation once you have a positive diagnosis, persons are vigorously seeking the drugs and it has created a market. Now, opportunistic physicians and pharmacists are marking up the price, sometimes by 600-1,000 per cent,” he said.

“War profiteering is taking place among physicians, and that’s my greatest level of discomfort because many of the needy are not accessing it. The only way that can stop is if the [health ministry] steps in and accepts that there is unregulated use of Ivermectin and it is causing the price to escalate and the persons who need it most cannot afford it,” Dawes explained. “Once persons are paying tens of thousands of dollars for the drug, they are being ripped off.”

Dawes contended that there was a “hit job on Ivermectin, which is related to the veterinary grade, which is not as pure as the human grade. That was the danger initially. The poor dogs could not get it for treatment. So persons were getting the vet grade and using it, as family members were begging them to try anything to save the relatives lives.”

“People are desperate to get the drug and it as expensive for humans as well as for dogs,” Dawes.

Family physician and Gleaner columnist Dr Garth Rattray, who survived a bout with the virus, is also a strident advocate for the drug’s acceptance as treatment for COVID-19.

“We have to follow the guidelines of the ministry and we cannot deviate,” she told The Gleaner last week.

The JMDA does not represent doctors offering private care, whose lobby is the Medical Association of Jamaica (MAJ), which has recommended that all scientifically sound and safe measures be employed to fight the virus.

“Ivermectin has been safely used for decades in the effective treatment of certain parasites in humans. Potent anti-inflammatory and antiviral properties have now been demonstrated against SARS CoV-2. A significant body of peer-reviewed evidence has now emerged pointing to the fact that Ivermectin may decrease the case counts and mortality rates when used as a prophylactic agent, and when used in the treatment of all stages of COVID-19. The safety profile of this drug is well demonstrated after 40 years of clinical use,” said the MAJ in February.

The association pointed to the near capacity of hospitals and called on the Government to allow its usage at the discretion of qualified physicians, calling for “an urgent move ... to import supplies into the country”.

The Gleaner was told that a connected family intercepted the entire order of Ivermectin of one pharmacy chain and bought the shipment. Last week, the frustration was high among private practitioners.

“We are talking about a Nobel Prize-winning drug, not intended for COVID, of course, but have been proven effective for lung function,” said one St Catherine doctor.

Pharmacists, according to the doctors, have long recognised the benefits of the drug. However, massive price hikes have seen the cost jumping from an average of $10,000 to approximately $60,000 for a three-to-five-day treatment.

One pharmacist confirmed to The Gleaner that doctors were stocking up on the drug and many patients were ending up in hospitals because they are unable to purchase it.

“The Ministry of Health suspended the use of Remdesevir based on what came out of the WHO while it is still being used where persons are not yet vaccinated. Of course, we know Jamaica’s position, although the evidence is overwhelming that it significantly reduces adverse symptoms,” said one Kingston-based doctor.

A colleague medic noted that “phenomenal changes for the better” have been identified in elderly patients.

“I know of the benefits. Personally, I have my five-15mg tablets with me. Thank God, I have not met the virus and I hope it stays that way. But I can tell you that the children of elderly patients are begging me, us – my colleagues – to prescribe Ivermectin for their parents,” the doctor said.

“The problem we have in Jamaica right now is hospital bed space and ICU space. Remember the demand is on the public health sector. As it turns out, we also have a man shortage because the nurses and doctors have also contracted the virus. So any medication that can prevent my patients having to seek hospitalisation will be administered,” a Manchester-based doctor told The Gleaner.

None of the doctors has lost patients who have taken the drug, they say.

Ivermectin is currently recommended by the manufacturer for human and animal use as an anti-parasitic medication, the health ministry noted a few weeks ago.

“The Ivermectin drug when used as labelled, as an anti-parasitic, has been found to be safe. We recognise, however, that in patient-doctor relationships, some doctors and their patients are using the medication for treatment of COVID-19 based on the available information. This is ideally done in the framework of a clinical study. In these situations, there should be discussion and agreement between patient and doctor and appropriate documentation and follow-up,” noted Chief Medical Officer Dr Jacquiline Bisasor-McKenzie.