Conflict of interest or ‘trivialities’?

Cornwall’s WHI bags lion’s share of ministry funds under CAP, COS as he headed partner agency 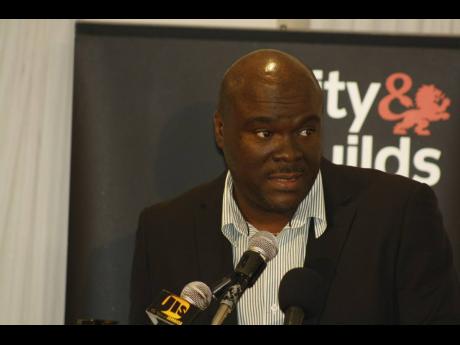 The initiatives are the Career Advancement Programme (CAP), a two-year course launched in 2010 by then Education Minister Andrew Holness to parallel traditional sixth form and give skills certification in vocational areas like construction to thousands of students leaving grade 11 uncertified.

The other programme is the Centre of Occupational Studies (COS) that was established in July 2016 to offer associate degrees mainly to CAP graduates who would need higher-level training and certification to take up top industry positions.

More than 80,000 students have studied in the programmes delivered through public and private secondary and tertiary institutions with the ministry paying the tuition on a per capita basis after approving quotas for institutions.

McLean has been acting permanent secretary since February 2019.

A key intermediary is the Joint Committee on Tertiary Education (JCTE), which represents tertiary institutions, and which the ministry partners with to help implement COS and CAP.

The JCTE has been chaired, since 2015, by Dr Cecil Cornwall, the founder and president of the Western Hospitality Institute (WHI).

A year earlier, he started his chairmanship of CAP’s Technical Working Committee, an advisory body set up to rebrand and steer CAP after the ministry took it over from the HEART Trust/NSTA, the State’s training agency, in 2013.

Cornwall is highlighted in ministry documents as the developer of the concept of occupational degrees, the principal reason behind the establishment of COS.

For most of COS’s existence, the WHI was the single largest beneficiary of tuition-related funds, a trend that emerged under the CAP since the 2017-2018 financial year.

All that takes place as key positions in both programmes are, at various times, occupied by persons affiliated with WHI and whose president held leadership roles in the JCTE, CAP and drove COS’s development.

Cornwall also held board membership of the University Council of Jamaica, the regulatory agency for tertiary institutions and, between 2015 and 2017, served on the board of the HEART Trust, the agency that funds the two programmes.

The WHI got 20 per cent ($14.3 million) of COS’s disbursement ($71.3 million) for the period April 2017-March 2018, according to documents released by the ministry through an access to information request.

The next highest amount was $7.4 million paid out to MXP Catering and Tours, while most of the other schools that year got between $4 million and $6 million.

MXP is based in St James at 674 Half Moon Drive, the same address as WHI’s headquarters, and its registered sole proprietor, Michael Foster, has been recruitment manager at the institute.

Foster, who also has served as a project officer at the JCTE, refused to answer Gleaner questions on the issue.

“You can go to the public entity to get information ... . You need not to have a conversation with me,” he said.

... Breaking down COS expenditure

COS’s expenditure document released by the ministry contained two columns, which identified suppliers and how much they were paid.

The newspaper was able to source what appears to be the original document, which had a third column indicating the purpose for which each supplier was engaged.

From that, it was revealed that MXP was paid the $7.4 million for “protocol and etiquette training”.

During the same period, COS paid out $3.7 million to six individual suppliers for protocol and etiquette training.

One of the presenters, Jennifer Speid, who earned $1.3m, is the operator of the Jamaican School of Etiquette, whose website quotes Speid saying she was “spotted” by Cornwall, who asked her to write presentations on social graces.

The pilot was a “success” and the programme rolled out in COS and CAP, the website added.

COS also paid $2.1 million to the JCTE, which typically asks the ministry for a commission for its coordination and administrative services to help implement the programmes that its members already benefit from.

An additional amount was paid to the committee for its fourth conference.

The WHI claimed over 46 per cent ($79.4 million) of that allocation which, when combined with MXP’s ($14 million), saw the two entities accounting for more than 54 per cent of the funds spent that year.

“Accommodation & meals – certified hospitality training” was listed as the service for which MXP was paid. Two other catering firms received payments totalling one million.

For 2019-2020, the third and final year for which the ministry provided data, WHI, MXP and JCTE got approximately 40 per cent of the $350 million in total expenditure.

The hospitality institute received $64.8 million; MXP got $38.9 million; while the JCTE raked in $35 million over two payments ($32.6 million for unspecified reasons and $2.4 million for “accommodation – JCTE conference”.

However, an additional $10 million was paid out to nine persons, one of whom received two payments totalling $4.5 million.

Over a dozen former and present education ministry officials said they were not shocked at the details, claiming that for years, there were concerns about how the ministry programmes were being run and the “apparent” conflicts of interest.

Although Cornwall has been key to the existence of COS, he held no formal role in the entity’s structure.

That did not prevent him from “requesting” that educator Linda Stewart Doman, a director at HEART, be seconded to the ministry to head COS, which was formally launched in December 2016.

“When COS started again, I again, publicly, said, that’s the woman because of her work and worth,” Cornwall said of Stewart Doman, whom he also admitted he asked be put in charge of CAP, which she ran for six months up to early 2016.

Stewart Doman, who served as the first director of COS from August 2016-January 2018, and co-opted executive member of JCTE, has directed queries to the ministry.

Stewart Doman and Cornwall reportedly fell out in 2017 after she refused to sign off on JCTE’s request for the ministry to pay it a 20 per cent commission out of the tuition for COS students.

Concerns among ministry officials heightened in 2019 when Jahraski Young took up the post of COS director in August 2019, right after his seven-year tenure as WHI principal ended.

Young confirmed that he served for six months in the role, but directed queries about his time at the helm to the education ministry.

Further investigations have also revealed that up to last week, at least three WHI affiliates held positions in COS.

One of them is Odaine James, a senior occupational officer at the centre, who, citing “protocol”, declined to confirm whether he was a current or past examination director at WHI.

CAP data for the last six years, stretching back to when Cornwall was named the chairman of the technical working committee, shows the WHI dominating as the school that benefited the most.

The Gleaner has been unable to reach Thompson while questions sent to Finnikin are yet to be answered.

Several key CAP employees, including its current director Meloney Rhynie, have had close associations with WHI.

Rhynie, the longest serving CAP director, has been in the post since at least late 2016, first in an acting capacity.

She listed herself on LinkedIn as a former programme coordinator and lecturer at WHI.

Between 2014 and 2017, at least three of the six regional technical development officers (TDOs), including the lead officer, were affiliates of WHI.

“I don’t want to be caught up into these trivialities,” said Cornwall on the questions of conflict of interest.

An analysis of a CAP disbursement report for 2014-2020 reveals that at least $2 billion was paid out to schools over the period.

The WHI was the highest-earning institution for 2017/2018-2019/2020 and was among the top four for the three academic years before that – the entire period coincided with Cornwall’s chairmanship of CAP’s oversight committee and the JCTE which negotiated with CAP and the ministry for benefits for its JCTE members, including WHI.

The IIRQ is the only local centre for London’s City and Guilds advanced skills certification which is globally recognised and attracted at one point over 400 CAP students.

Cornwall has defended his school’s earnings, arguing that since his involvement in CAP, certification levels, which were just over 30 per cent in 2013, have grown significantly.

“When CAP was a dismal failure when the Government pumped $1.6 billion and the certification level was 33 per cent, I traversed the curves and turns of the treacherous highways and roads to get to Kingston to put it on the cusp of 60 to 70 per cent,” he said.

Acknowledging that WHI received the most allocations, he suggested it was because his school produces ”the largest certification” for students under CAP, many of whom, he said, “stayed on” to study for associate degrees under COS.

The Gleaner has not been able to get details on general enrolment figures although the monies paid out to the institutions is indicative of their numbers.

Most of the other institutions were approved for 75 students, based on a CAP subvention and rationalisation report.

“The COS programme is really giving away the intellectual rights of WHI,” he added.

On questions involving WHI employees taking up major positions at CAP and COS, he said: “Are you saying to me competent people aren’t entitled, whether they work for me or anybody else, to apply for jobs anywhere?”

The JCTE was also the main lobby for the development of other multimillion technical and vocational programmes such as the Absorptive Capacity/BPO initiative, International Culinary Programme, Summer Skills Training and the Upskilling and Retooling initiatives.

Copies of board minutes show that at a CAP technical working committee meeting, an official queried why skilled local chefs were not used to deliver the culinary training, which Cornwall dismissed, saying the $11 million budgeted must be spent as planned.

The JCTE came to public attention last year after Auditor General Pamela Monroe Ellis revealed that she could not get information from the JCTE on expenditure of public funds as the entity, thought public, claimed it was private.

The auditor general wanted details on monies the JCTE received from government bodies, including $114.2 million for 2017-18 and 2018-19 from the education ministry and HEART.

The JCTE, which was established in 1991 under Section 6 of the Education Act and got secretariat support from the University Council of Jamaica, registered as a private entity on February 22, 2019 as the auditor general dug for information in its probe of CMU.

Although the committee includes the membership of over 50 private and public tertiary institutions, only three names are listed on records at the Companies Office – Cornwall and Philmore McCarthy, as directors, with Venta Longman as secretary.

Cornwall declined to discuss the issue, only noting that under his chairmanship, efforts were made to “regularise” the legal status of the entity.

“If it was a public entity before it became private, how on earth would the Government allow its public entity to become a private entity? Until persons answer that question ... I’m [not] prepared to be engaged in any sort of interview or answer any question,” he added.

Some key details on the programmes, though, have been difficult to come by.

The education ministry has denied a Gleaner access to information request for the names of the senior leadership of COS since it was established, their remuneration; organisations with which the centre has partnerships and related contracts.

On whether there was any audit of the centre’s operations, the ministry said COS operated as part of the central ministry and pointed The Gleaner to the websites of the Integrity Commission and the Auditor General’s Department.

The Gleaner is awaiting responses from the ministry, which said Wednesday that 24 hours was not sufficient time to answer questions submitted.

Precise funding arrangements have not been announced for the two programmes which have been absorbed under an expanded CAP as part of a “K-13 strategy”.

That strategy is part of the extension of secondary education up to 18 years old and creates sixth-form pathways for all students through traditional, technical and general approaches.