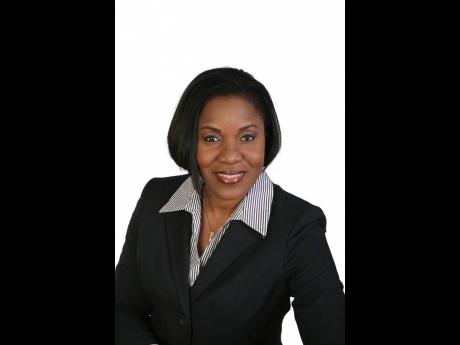 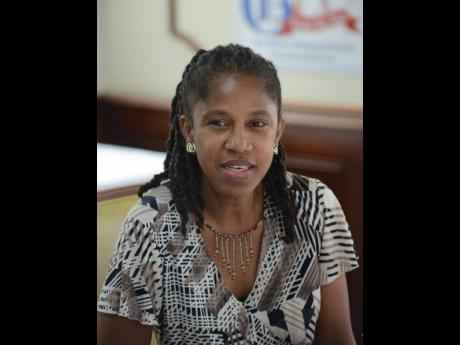 With reports emerging that some workers in the local tourism sector have been threatened that they will lose their jobs if they do not take the COVID-19 jab, at least one attorney believes that employers could be on solid ground in taking such a decision.

The development follows news last week from Leo Garbutt, head of the Grenada Hotel and Tourist Association, that the Keith Mitchell administration has mandated that everyone working in the tourism sector be vaccinated or lose their jobs.

M. Georgia Gibson-Henlin, QC, citing a (1905) US case Jacobson v Massachusetts, told The Sunday Gleaner that an employer could be protected, depending on the reasonableness of the request.

“It is difficult to see how it could be suggested that the employer is being unreasonable. The employer is required to provide a safe system or place of work for its employees. In addition, it is under an obligation to take reasonable steps to prevent injury or harm to others who may enter the premises,” she said.

“It is common knowledge that the COVID-19 infection gives rise to a disease that is deleterious to the health and could even lead to death. One way of preventing harm to employees or visitors is to implement reasonable measures to minimise or prevent a known harm,” Gibson-Henlin continued. “Any constitutional objection would be subject to this kind of analysis as to whether the employer acted reasonably.”

But John Levy, general secretary for the Union of Clerical, Administrative and Supervisory Employees, objected to such reasoning, saying that any change to the employee’s term of engagement cannot be a unilateral decision.

“It would have to be passed into law in our Parliament, therefore making it mandatory or through a discussion between both parties involved in the contract,” Levy said. “Because if I have a contract that outlines how I am employed and I have signed that contract and working under that contract and the management wishes to change any terms of that contract, I must be engaged, and likewise if I was to seek a change from the union or the employee’s side, then I must engage the other party in the contract.”

Attorney-at-law Gavin Goffe is also calling for a conciliatory approach as the island battles the pandemic.

“I think that an absolute policy that does not take into account people in special circumstances is more likely to be deemed to be unjustifiable … than one which focuses first on education and sensitisation, using tools such as encouragement, as opposed to sanction to achieve compliance and which don’t take account for legitimate objection as a basis for not taking the vaccine,” said Goffe, a partner at Myers, Fletcher & Gordon.

At least 721 people have lost their lives locally since the coronavirus was detected in the island in March 2020. Another 117 deaths were yet to be classified up to Friday, according to the health ministry.

With the nation now in its fourth weekend of extended curfews to reel in rising infection numbers, Goffe said that while the Government has acted in accordance with the law, several missteps should be corrected to boost the effectiveness of the containment measures.

Among these measures are the suspension of face-to-face classes in schools; businesses being asked, where possible, to allow staff to work from home; quarantined communities; closure of beaches and rivers; curtailment of entertainment and sporting activities; restrictions on gatherings; and seniors over 75 being ordered to stay home.

“From a legal perspective there is absolutely no human or civil right violation that would have a reasonable prospect of success in light of the nature of the pandemic and the measures that they have taken to address the concerns that people have,” said Goffe. “People are not being prevented from seeking medical attention. If they had, it would have been a violation of people’s rights, not human rights. There are some civil rights such as the freedom of movements which would have been curtailed, but our Constitution provides for the temporary restriction of those types of rights for situations just like this.”

He continued: “There is an academic debate as to whether they should have declared a state of emergency as opposed to declaring Jamaica a disaster area. There is a lot to be said for having gone one way or the other but does that mean that people’s human rights have been violated, I think that would be a very difficult case to make.”

Goffe, who specialises in public, employment and tax laws, believes the COVID-19 numbers could have been significantly lower had legislators addressed the possible threat to the nation’s labour pool, and had shown greater urgency to protect users of the public transportation system. He, however, acknowledged some positives.

“The passage of the disaster management order and the stay-at-home order for people over a particular age have been good and the efforts of the Ministry of Health are worthy of credit, all things considered, but their response in terms of the labour laws have been awful and this has left some of the most vulnerable in our society in an insecure position,” he said.

He argued that the failure to protect individuals who might exhaust their sick leave due to COVID might have been a contributing factor in the spread of the virus in workplaces.

“They might have just got the job and are not eligible for sick leave, and we are dealing in a pandemic, so provision should have been made, because if you are telling the people to report if they have flu-like symptoms and they might be required to stay home without pay, then you are putting them in a position where they may be tempted to be selfish and come to work even though they are aware or suspect that they have COVID, so by not addressing the sick leave issue appropriately, I think it may have contributed to the spread in workplaces.”

He added: “COVID will be here for a while and business is going to take a longer time to recover and as business suffers, the employee suffers most and so looking at the laws to protect people from the uncertainties of the situation must be a primary focus.”

He gave the Government a grade ‘D’ from a legal perspective “because they have not passed any real laws to help the people”.

“In terms of the money or the stimulus, I would give them a ‘C’, because when you compare us to other countries, especially in the region, we could have spent more money, giving poor people more cash, but when it comes to our health sector, the response of our health workers and the Ministry of Health in particular, I would give them a ‘B’,” said Goffe.

Civil-society advocate Carol Narcisse believes that the Government erred by relaxing restrictions established early in the COVID fight too soon, then unwisely called a general election in the midst of a pandemic, but believes the authorities have acted within the provisions made for extraordinary circumstances to restrict freedoms to prevent further contagion.

She, however, called for a greater focus on the nation’s public health if the economy is to grow, adding that tighter restrictions might be necessary.

“Jamaica’s economic and social fortunes, like the rest of the world’s, is severely retarded and will not come back on stream for a long time, and the longer we rebel against the public health measures and allow ourselves to be among the nations with the highest levels of positivity, the longer the situation will remain because if people decide to travel, the destination that has lowest rate of contagion is likely to see an increase in visitors,” she said, pointing to the tourism industry.

Reeling from billions in losses by his membership in the sector last year, Clifton Reader, president of the Jamaica Hotel and Tourist Association (JHTA), has appealed for those who have to interface with tourists to get their jab, but hotelier Richard Wallace, president of the Negril Chamber of Commerce and Industry, says some workers are hesitant.

“There is great hesitancy in Negril amongst the younger workers, who prefer to wait and see what the reaction is to the jab. We are waiting on guidance from the JHTA and the ministry because this new ground for all of us,” said Wallace, owner of The Boardwalk Village Hotel and The Boardwalk Shopping Village. “In the meantime, some of our members are having sessions with their staff to educate them on the importance of the vaccine against the virus, but with social media sending so much mixed messages, it has been a challenge, so what some hotels are doing is for those employees that are not vaccinated, they are required to do a COVID test every 14 days at their expense.”

A FUTURE WITH COVID

With the nation now forced to plan for a future with COVID, both Goffe and Narcisse are calling on the Government to be more consistent and clear in their decision-making.

“Going forward, the priority has to be vaccination and getting the right information to the people, so they can make a decision of whether they want to be vaccinated or not,” Goffe said. “Then if you still have a problem of reaching your target figures, we will have to, at that time find other strategies, whether to incentivise or penalise those who refuse to take the vaccine, especially if they work in certain industries or perform certain functions.”

Goffe is calling for a broader approach to stimulating economic recovery, such as giving tax breaks to employers who maintain their staff complement.

“Because we are not seeing the physical wreckage, we think it is peace and safety and can be grumbling about not being able to go to the party, but, if we had had two back-to-back category five hurricanes, nobody would be mystified by a decision to restrict movements or that we have to do massive disaster relief for as long as it take, but now the lack of consistency and the lack of provision for relief for the population are contributing to the increase in lack of public support,” she said.

Editor's note: An earlier version of this article incorrectly attributed comments to Alexis Goffe instead of Gavin Goffe. We regret the error and apologise for any inconvenience.