Is this woman too kind?

Mother gives away her children’s bed to person in need 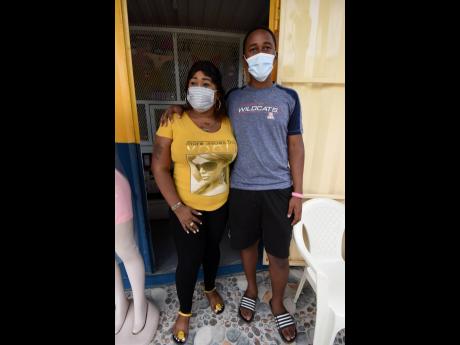 Ian Allen/Photographer
Camille Carter and son Kenya Levy, who has matriculated to The University of the West Indies. The former Kingston College and St Mary High student remembers when his mother gave away his bed to charity. 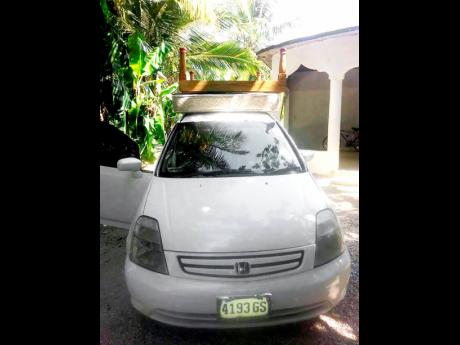 Contributed
That’s the bed Camille Carter gave to a woman in need. Carter’s son then joined her in her bed as his sacrifice.
1
2

While Camille Carter grew up with her father in Westmoreland, she studiously watched as he cooked for friends. Little did he realise she was taking notes to extend generosity on a much broader scale.

Those life lessons spurred the single mother of three to continue that tradition in her personal life, running a one-woman charity for the last seven years that has spanned the western parish and St Mary in the east.

Having relocated to Cox Street in Port Maria, the good Samaritan has extended her reach to communities such as Frontier and Albion Mountain in St Mary. She also engages in feeding the homeless and the insane, and brings foodstuff to the Port Maria Infirmary.

“I do it from my heart. I am not rich,” Carter told The Gleaner during an interview at her business place, Camille’s Restaurant and Variety Store.

This past holiday, she donated 90 Easter buns, with cheese, to community folk. And since the start of the year, she has given away 12 tablets to students to aid in online learning.

Starting in Westmoreland, in 2014, Carter would drive around with friends from the New Testament Church of God in Savanna-la-Mar , the parish capital, and George’s Plain soliciting food, which they would prepare for shut-ins. But her generosity spread far beyond the distribution of meals.

“I remember once I had a bed for my kids and this lady didn’t have any bed and I had to take them off their bed, put them on mine - all of us sleep together - and I gave that lady the bed,” Carter disclosed.

“The lady didn’t have a good bed and she had other children with her ... . I had to do that. My heart was so broken when I saw that she didn’t have anything to sleep on.”

One of Carter’s children, son Kenya Levy, who was 13 at the time, remembers that incident and, surprisingly, disclosed he wasn’t put off by her charity. But that’s only because she had earlier given away something far more dear to him, shuttling off a computer to the George’s Plain Primary School.

“At the time, I was actually upset because I was saying, ‘Why would she do that?’ But when I grew older, I really understood they (school) would need it more than I would, and they would be able to use it more,” Kenya explained.

Carter said that the response to her work over the years has been overwhelming.

“I am looking for nothing; I don’t want anything in return. My blessings: I have three kids,” she pointed out.

Kenya has proven to be quite a blessing, indeed. After spending two years at Kingston College, he transferred to St Mary High School, where he later scored passes in eight Caribbean Secondary Education Certificate subjects and five at the Caribbean Advanced Proficiency Examination.

Even better news is that he will be matriculating to The University of the West Indies (UWI) where he will begin a three-year degree in actuarial science later this year.

“I just received a letter that they accepting him at the UWI, so I am grateful,” Carter stated.

Nowadays, Carter’s dad still cooks, as he assists her daughter in helping others.

And a final word about that bed.

Carter said she has been so blessed by charity that she currently has several beds at home in storage.