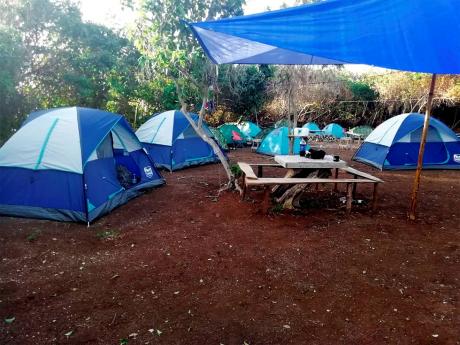 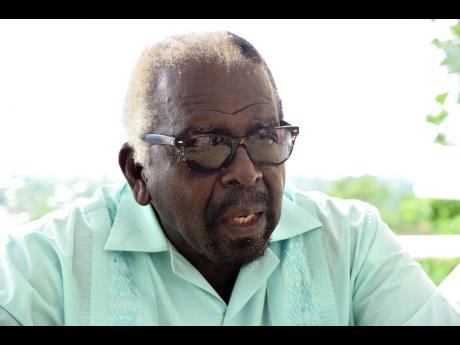 File
Pearnel Charles Sr said he won’t be hounded out by arsonists in Old Pera.
1
2

Retired parliamentarian Pearnel Charles Sr and residents of a St Thomas community are embroiled in a feud that has exploded with claims that vengeful arsonists destroyed 500 acres of sugar cane on his property.

The dispute centres on a small island in Old Pera that leisure entrepreneurs reportedly captured to set up a campsite that generated revenue for the organisers and community folk.

Charles said that when he got wind of the campsite set-up, he advised St Thomas Eastern Member of Parliament Dr Michelle Charles, his daughter, to instruct the organisers to liaise with him.

An organiser, said Mr Charles, respectfully apologised when he was informed that Charles owned the islet. He requested extra time to complete a project he had undertaken.

Charles’ said that he received a threatening phone call from an unnamed person two days later alleging that the shutdown of the campsite would cause financial ruin in Old Pera.

The threat, Charles said, was followed by the torching of acres of sugar cane.

“But you can’t burn out Pearnel Charles,” the 84-year-old declared, adding that he would rebuild.

“I have a job for them. I’m now planting cassava, pumpkin, and melon, particularly on the property that they burned down … . Come, I have work for you,” he said.

Superintendent Allison Byfield, commander of the St Thomas police, said that no formal report had been made to her division but disclosed that lawmen had accompanied Charles in seeking to quell a row in Old Pera.

Residents said that they had welcomed organisers of the weekend lyming for the buoyancy it brought to eastern Jamaica community.

Outdoors Vybz Survival Adventures was an initiative of a group of ‘foreign’ soldiers who would erect tents on the small island and woo nature lovers.

“It help me to get books and phone cards to put on service for my three children online schooling. Since it lock down, mi lose all weight … . Hungry,” Cousley said.

A group of young men in Old Pera said that the boom gave them a sense of hope and provided employment in a starved community.

The chief organiser, who is a soldier in the British army, said that the 24- to 48-hour camping venture evolved out of an interest in survivor-type leisure, and permission was sought to pass through someone’s property to reach the island.

“I was initially told that the island is state-owned, and as long as we’re not putting up a permanent structure or damaging anything it, shouldn’t be a problem. We cleaned up the space, set it up, and started our thing,” said the organiser, who requested anonymity.

Patrick Cousley, brother of Jananson, said that the organisers supported local shops and made purchases from fishermen to feed their guests, which included people from all walks of life, including teachers and college students.

He said he has lived in Old Pera for 19 years and described the islet as a woodland.

“Only soldier crab and mongoose live over there and trees. We clean it up, made a little kitchen and cabin … a little cricket ground … and now this.

“Right now everybody in the community pissed off,” Patrick Cousley said.

Charles said that the site was originally connected to the mainland.

“That is a part of my property, but the sea has eroded and has cut around a piece so you can walk from one piece to the next. There’s no island,” he said.