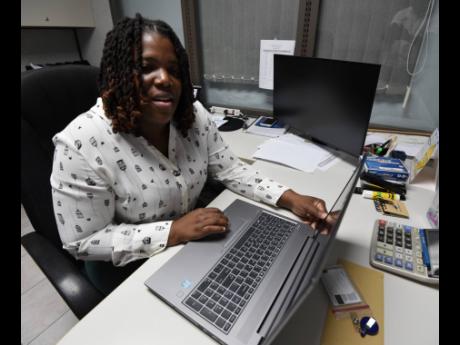 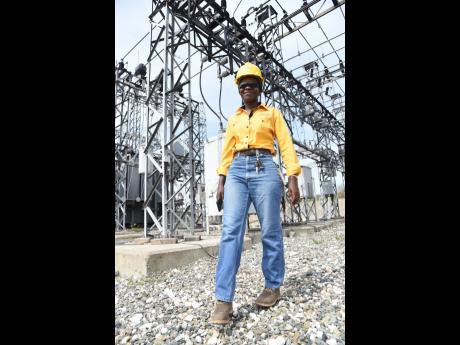 Convinced that women are natural problem solvers, engineer Natalie Sparkes is encouraging more women to pursue careers in the field and not shy away from information and communications technology (ICT).

Sparkes, a past president of the Jamaica Institution of Engineers, admitted to being heartened by a growing number of women embarking on engineering careers in the last few years.

“Engineers bring their critical analysis and problem-solving skills to a job. When you think about what females are like in the home, they are the problem solvers so it’s a natural fit for females,” Sparkes reasoned, adding that women have been taking up top jobs and opening their own firms.

The Professional Engineers Registration Board says there are 851 permanently registered engineers in the island. However, no disaggregation by gender was immediately available. The categories that are heavily subscribed are civil, electrical and mechanic.

Nadrae Waugh and Shavonne Jennings are two of the Jamaican women blazing their own trail in engineering and ICT.

For almost two decades, Waugh has been employed at the Jamaica Public Service Company (JPSCo), first as a technician engineer, then a project engineer, and since 2013, a transmission and distribution engineer.

“I enjoyed mathematics in school, and that’s the foundation for engineering,” said the 42-year-old Meadowbrook High past student who grew up in Rock Hall, St Andrew. “In my younger days, I liked to explore things, whether it was making a flashlight or a circuit.”

When her application for a student loan was not granted at first, she went to work for a year at Grace Canning until she got the nod the following year and entered the University of Technology.

Waugh is a senior member of the Institute of Electrical and Electronics Engineer (IEEE) and an IEEE Women in Engineering member.

At the JPSCo, she is responsible for the design and construction of new, modified, and or upgraded transmission and distribution facilities.

“In the initial part of the year, I do planning. I am in office making my schedule, having team dialogues, doing kick-off meetings and working with other personnel to have designs done for the replacement of equipment for civil works. The transformer takes about nine months to be manufactured, and when it arrives, that is when I am more present in the field,” she explained of a 2020 project to increase capacity by replacing the transformer at the Rose Hall substation in Montego Bay.

She relishes every opportunity to be in the field and is encouraging girls to pursue careers they are passionate about.

“As long as you can deliver a good piece of work, then you will make it in any career you choose,” the engineer remarked.

Thirty-year-old Shavonne Jennings is a data management and applications specialist at the National Works Agency (NWA).

“I would spend hours at a time being on the computer, and I remember one time, I got into resolving my own computer issues,” she recounted.

The Denbigh High School alumna told The Gleaner that her life choices were always aligned to the sciences, and for a very long time, she toyed with the idea of becoming an environmentalist.

After receiving no word on her university application, she enrolled at the Vocational Training Development Institute, where she pursued a BSc in Information and Communications Technology, majoring in programming and networking.

While a student, she assisted the education ministry with an audit of its resources in high schools as they sought to introduce animation in the curriculum.

That assignment led her on a path of unofficial mentorship of a few females who were reluctant about pursuing careers in ICT. Three have gone on to focus on information technology and one on programming.

Jennings interned at the NWA in 2016 after completing her degree and was employed in 2018.

“With IT, there are a lot of sacrifices that you have to make, mainly losing sleep, weekends, and family time ... . I have a brother who is in school doing IT, and that came from just his curiosity about what I do every day,” she said.

The dynamic environment she works in sometimes means that schedules can be thrown off at any time, but Jennings admitted that every bit of it is rewarding.

“The only thing that is standing in your way is you. You have to be determined and willing to make sacrifices,” is her word to other females, noting that Jamaica needs more women in ICT.