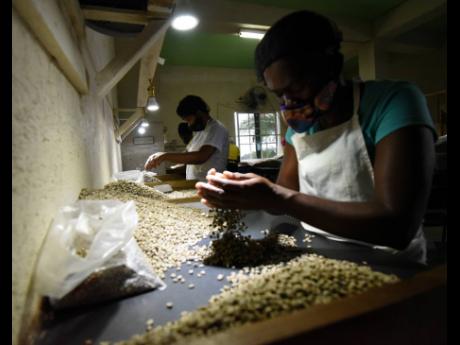 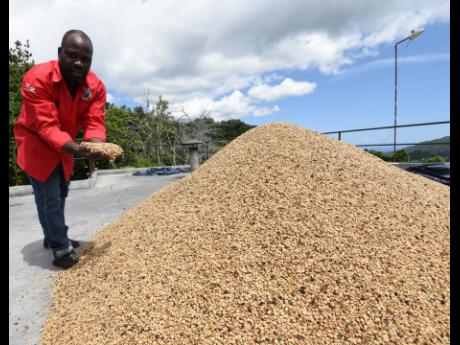 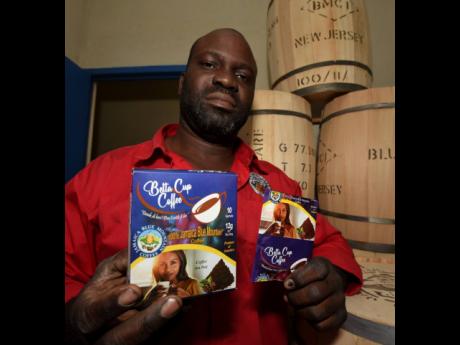 Ian Allen/Photographer
Authur McGowan, CEO of Trumpet Tree Coffee Factory, shows off a Betta Cup coffee in sachet that is soon to be on the market.
1
2
3

Arthur McGowan, owner and CEO of Trumpet Tree Coffee Factory, said coffee export has been booming throughout the pandemic, but as a Jamaican businessman, he was forced to find a way for his countrymen to enjoy their world-renowned brew amid the added stress.

“The Blue Mountain coffee is very expensive, so you have to sell it at a price to ensure that you can stay afloat,” he explained.

“I now come up with a product to ensure that I find a way to ensure that each and every Jamaican can afford to drink Jamaican Blue Mountain coffee at only about J$60 or J$70 per sachet,” added McGowan.

The entrepreneur said it has been very difficult for him to get on to local supermarket shelves because they would take the coffee on credit and return what was not sold. As such, Trumpet Tree Coffee could only be found locally in duty-free shops on the north coast for the tourism market. Hence, with the blunt to the tourism industry, 99.9 per cent of the local market was lost.

According to the coffee board, the factory processed 21,252 boxes, which is 13. 46 per cent of the country’s total for 2021 thus far, ranking the company third based on its production capacity as of March.

“We moved up from 10 acres to 22 acres. Now, we stand at 85 acres,” said McGowan, tracking their growth from becoming independent from the Coffee Growers Association in 2018.

Aside from the largest market in the United States, Trumpet Tree is also exporting coffee to Korea, Japan, China, Europe, Italy, and Australia.

“In terms of exports, we have more demand now since more people are staying at home now overseas,” he said.

However, even those customers have been asking for affordable pricing.

“What I have to do is try to sell more for less to ensure that we can make a margin on it,” he said.

As McGowan expands his coffee factory, he is being more deliberate in considering his community.

The businessman has not only employed his staff of 70 persons from Constitution Hill and surrounding communities, but he also engages “over 4,000 farmers from 32 different communities” around the Blue Mountains.

Notably, he has been keen on recycling for the benefit of the environment. The factory has been engineered to facilitate catchment to reuse wash water in the first stage of the meticulous process where pulping is done.

“We [reuse] the water to wash, and after about five or six washes, it is diluted to the required pH and used to irrigate the plants,” explained McGowan.

The starching months for coffee farmers in Jamaica generally run from May to September. As such, this method has helped Trumpet Tree to save water for the drought period as very little water is used for pulping.

“Another processor came by and said this set-up should be used as a national model,” he said with great pride.

In the pulping stage, immediately after the cherries are washed, the trash is separated from the bean. This trash is also stored for use on the farm nine months after as compost.

After the drying process to meet the required moisture content, the husk of the bean is collected and used to fuel the dryers instead of buying propane.

“Recycling cuts cost and gives you an edge of being more efficient as it relates to the environment,” he said.