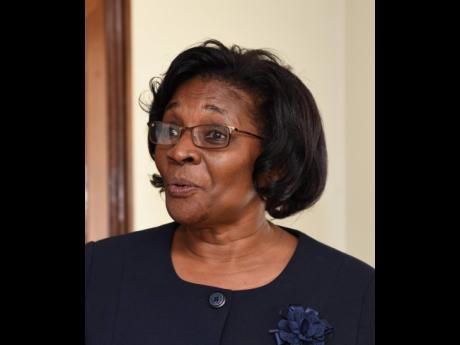 The more than 1,500 employees of the HEART/NSTA Trust are expected to get some clarity on the troubled leadership of the national training agency today when senior officials speak to them on “strategic matters”.

Concerns have been mounting among staff following last month’s confirmation that the board did not renew Dr Janet Dyer’s contract as managing director.

Audrey Sewell, the permanent secretary in the Office of the Prime Minister, where HEART is based, and the entity’s board chairman, Edward Gabbidon, are scheduled to address the issues.

The meeting comes four days after Novelette Denton-Prince’s period for overseeing the operations of HEART ended.

Denton-Prince is the senior director for corporate services, one of the two internally controversial appointments made in the aftermath of Dyer’s departure.

An official, reportedly still on HEART’s payroll although his position was made redundant last October, was, effective Monday, assigned to Campbell’s office for the month of May.

Colonel Martin Rickman, who confirmed resigning from the board in March after being asked by directors to take up interim leadership, is awaiting confirmation.

HEART’s Dyer’s situation has seen fissures long held under wraps emerging publicly, with staff loyal to the departed leader questioning how she was treated, while others have told The Gleaner of their “joy” at the board’s decision.

Issues about the “vision” for the training agency, certification rates, and other internal wrangling reportedly weighed on the board’s mind in deciding against renewing the contract. Dyer’s performance appraisal results are not clear.

Dyer resumed her substantive post as director/principal of the HEART College of Hospitality Services in St Ann on Monday. She’s a permanent government employee who was contracted for the top job post.

It means the former HEART boss will have to report to at least two senior officials – the regional director and deputy managing director – who would have been under her oversight up to two months ago.

It’s not clear how the $16m annual salary package Dyer had will be impacted.

But HEART’s problems seem set to continue as the board will now have to figure out what to do with the official who had been serving in the director/principal position.

Awkwardness was prevented on Monday when Dyer turned up for work, as the person in the position is now acting regional director.

The director, who is on leave, is due to return next week, however.

HEART has been forced to explain its procedures surrounding the award of at least eight contracts, totalling $40m, to SynCon Technologies, whose chief executive officer is also the agency’s chairman.

The Gleaner published email trails (December 2019-February 2020) showing procurement officials declaring a “clear conflict of interest” while seeking a legal advice on how to proceed on one contract.

Although insisting that there was no interference in the procurement process, HEART is yet to say whether the legal advice was provided, and if so, what it said; as well as to confirm the value of all contracts awarded to SynCon since Gabbidon became chairman in April 2017.