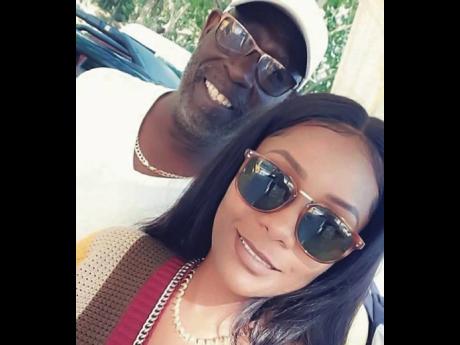 File
Everton ‘Beachy Stout’ McDonald and second wife Tonia. He has been charged with killing his two wives.

The Home Circuit Court on Tuesday heard that the prosecution has found new evidence in the murder case involving popular Portland businessman Everton ‘Beachy Stout’ McDonald, who is accused of orchestrating the murder of his two wives.

The new development resulted in Justice Vinette Graham Allen further delaying her decision on bail for the 67-year-old accused, which was to be handed down on Tuesday.

The judge should have ruled on Friday, but, when the matter was mentioned then, she indicated that she was postponing the decision.

However, Justice Graham Allen, after learning that the prosecution had received new material, indicated that she would put the bail decision on hold for review of the evidence.

A May 13 date hearing has been scheduled for presentation of the new material before the judge rules on the bail application.

Disclosure is to be made to the defence before the next court date.

McDonald, who appeared in court via Zoom, was remanded.

Barnes, who is charged with murder, along with McDonald, in relation to the death of McDonald’s second wife, Tonia, was bailed on condition that he surrender his travel documents and report to the Buff Bay Police Station daily.

The accused was also instructed to reside in Windsor Castle and to avoid the Sherwood Forest community in Portland, as part of his bail condition.

Tonia’s partially burnt body was found with the throat slashed beside her burnt car along the Sherwood Forest main road on July 20, 2020.

Another man, Denvalyn Minott, said to be the contract killer, was also charged but pleaded guilty in the Home Circuit Court last September and was sentenced to 19 years in prison.

Minott, in a witness statement, claimed that he was offered $3 million by McDonald to kill his wife.

In the first murder, a cold case, McDonald is charged in connection with the killing of Merlene McDonald, who was shot dead outside her home in Boundbrook, Portland, in May 2009.

It is alleged that he had paid a police detective to kill his wife after their marriage crumbled and she left the matrimonial home.

McDonald’s lawyer, during their bail application, has denied killing his wives. Barnes’ attorney-at-law, in rejecting claims of his client’s involvement in the killing, said that the prosecution has no evidence except for a statement from a co-accused.