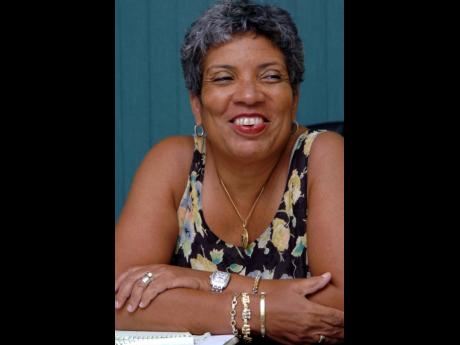 Disgraced attorney Jennifer Messado, who has reportedly defrauded international dancehall star David ‘Mavado’ Brooks of $30. 7 million, yesterday told the Supreme Court that she is bankrupt and was given time to file an affidavit explaining her position.

The disbarred real estate attorney-at-law was sued by the entertainer after she refunded $8 million from the sum and failed to pay over the remainder. Mavado later obtained a judgment in his favour in which Messado was ordered by the court to repay the sum.

The matter was, as a result, set for a judgment hearing yesterday, but when Messado appeared in court, she had no affidavit prepared, hence the matter was postponed to July 22 for her to file an affidavit and for Mavado’s attorney, Tamika Harris, to respond.

According to Harris, the hearing was set for Messado to indicate to the court how she would repay the sum, and her client was expecting the attorney to show up with the money or to say when he would be repaid.

But Harris says she is now concerned that the attorney is trying to use bankruptcy to discharge her obligation, especially in light of how she obtained the money.

In the meantime, Harris said she has notified her client of yesterday’s outcome but has not yet received his reaction as they are to have further dialogue.

The civil case stems from a fraudulent conversion matter, which is currently before the Kingston and St Andrew Parish Court.

In that case, it is alleged that Messado collected $30.7 million from the entertainer through his attorney after professing that she was acting on behalf of a property owner, who she claimed was incarcerated overseas.

However, it was later revealed that the owner had never been incarcerated and had not given her permission for his Grosvenor Terrace, Kingston 8 home, which was not even on the market, to be sold.

The matter is next scheduled for mention on July 29.

The well-known real estate attorney was disbarred in 2018 and had been slapped with several fraud-related charges in separate cases in which investigators alleged that she used forged documents to ‘sell’ a number of properties valued at millions of dollars.

According to one of her attorneys, Christopher Townsend, some of the matters have been settled.