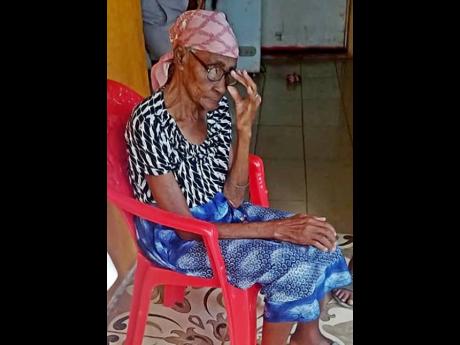 Contributed
Maud Brown who died at St Ann’s Bay Hospital at age 90. Her family alleges that she suffered bedsores because of neglect, before succumbing to COVID-19 complications in May.

The family of 90-year-old Maud Brown is alleging that neglect by staff at the St Ann’s Bay Regional Hospital ultimately led to her death on May 16 at the institution.

Chief executive officer (CEO) at the hospital, Dennis Morgan, declined to comment on the latest allegation but told The Gleaner that he has invited the family in to discuss the matter, but they have yet to take up the offer.

Claims of neglect have rippled across Jamaica’s private- and public-health sector since the onset of COVID-19, with high-profile cases of the late Jodian Fearon, in 2020, and JaLisa McGowan, in 2021, citing slow or hesitant intervention by medical staff.

Though some accusations have not been substantiated, recurring complaints have had a withering effect on the reputation of the St Ann’s Bay Hospital, which serves the parishes of St Ann, St Mary, and Portland.

In November 2020, the hospital was forced to apologise after being blasted by a family that accused medical staff of neglect, which the family alleged arose because of a suspected case of COVID-19 and which resulted in a woman getting bedsores.

In the latest incident, Claudia Buchanan-Morris, granddaughter of the deceased, said that Brown was hospitalised in early March after breaking a hip. She was reportedly there for just over a month before undergoing surgery.

Buchanan-Morris, too, claims that her grandmother developed bedsores while at the hospital.

“She basically got a sore from the tape on her leg. They didn’t remove it until a family member realised that was there,” Buchanan-Morris said.

“Because she couldn’t move she had to wear the adult diapers. What we’re getting from this is that no one was attending to her. No one was changing her when she needed to be changed.“

Buchanan-Morris said the family was also peeved as they waited for two weeks for the hospital to provide an ambulance to transport her grandmother to get an X-ray at another facility. They eventually had to hire a private ambulance, the granddaughter said.

About two and a half weeks after being released, Brown was taken back to the hospital because her bedsores were not improving, the family said.

“Couple days after, they said she had pneumonia and she was having breathing problems, so they did a COVID test. It came back positive.

“... Once they placed her on the COVID ward, we believe that the neglect started again,” Buchanan-Morris said.

Brown, who had been having a high fever, eventually died just over three weeks after being readmitted and two days after being ruled critically ill, said her granddaughter.

“I got the call on Friday about the situation, and she died the Sunday (May 16),” she said.

Buchanan-Morris said on May 16 that she was unaware of any family member being contacted by the hospital in regard to the complaint.