Gangs have turned on me, says Rosie 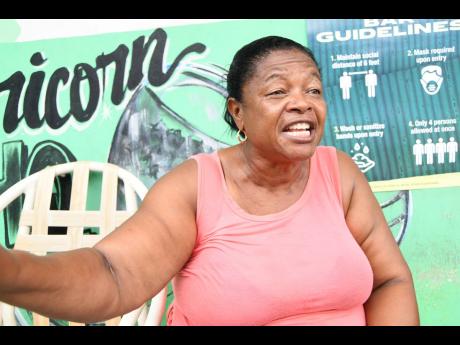 File
Rosalie Hamilton: “They said that ... mi must remember that I have a lot of families and they are going to kill them.” 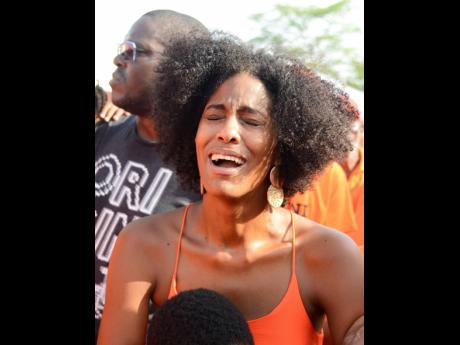 File
Imani Duncan-Price: “This warfare escalated after the election as gangs fight for turf and control.”
1
2

“They said that my name is on a bullet.” That is the chilling warning reportedly relayed to Rosalie Hamilton, the sitting Jamaica Labour Party councillor for the Rae Town division, who has observed rising tensions between rival gangs that have...

“They said that my name is on a bullet.”

That is the chilling warning reportedly relayed to Rosalie Hamilton, the sitting Jamaica Labour Party councillor for the Rae Town division, who has observed rising tensions between rival gangs that have turned the Kingston Central Police Division into a killing field.

Hamilton has been a mainstay in the gritty streets of Kingston Central for years, but disclosed that recent gun attacks represent a troubling shift in the episodic violence.

She claims to know the perpetrators of gun violence in the crime hotspot and alleges that the police are also aware of their identities.

“The gangs that I have to deal with now, I didn’t have them to deal with before. They are not people that I used to interact with a lot, but because of a killing last year, and the person that got killed I know very well, I decided to intervene,” Hamilton, who is affectionately called Rosie, told The Gleaner in a recent interview.

“Dem believe that when dem ready fi kill, dem kill. Everybody must fraid a dem … . Mi haffi give dem a side of mi now mek dem know say mi haffi start deal with the police.”

The “intervention” Hamilton references is her brokering of a truce between warring factions last June in Spoilers, Tel Aviv, and Franklyn Town – action that appears to have caught the police off-guard.

Hamilton’s bid to mediate with Genasyde and Darkside gangsters reveals the blurred lines that exist in Kingston’s brutal inner cities, which often operate by a code that circumvents the power of the police.

The Rae Town councillor said her attempts to work with the constabulary have soured relations with gangsters, reportedly funded by domestic and international partners, who are engaged in bloody turf wars.

Now they are turning on her, said Hamilton.

“They put it on social media, they didn’t hide. They said that ... mi must remember that I have a lot of families and they are going to kill them. I am not scared,” she told The Gleaner.

The murder rate in the Kingston Central Police Division is multiples of the national average increase of one per cent.

But the spiral and tentacles of the Kingston Central gang warfare span wide, causing mayhem on the fringes of Kingston East and stretching as far as St Catherine, where two women were killed in an April 29 mass shooting near Meadowrest Memorial Gardens.

At least four infants have been shot in recent weeks.

Superintendent Maldria Jones-Williams, head of the Kingston Central police, said she has received no official report of a threat against Hamilton’s life.

The police superintendent confirmed that there has been an increase in gang violence in the division.

“We will continue to have operational activities in the space to eliminate the gang activity,” Jones-Williams told The Gleaner.

Imani Duncan-Price, the PNP’s caretaker, said that she received a death threat from “elements in Central Kingston” in November 2020 – evidence that gang lords have no absolute political allegiance. The matter was reported to the commissioner of police, she said.

Duncan-Price, who lost in her candidacy in the September 2020 general election, said the carnage has been heartbreaking.

“Over this last year, we have children who are paralysed or recovering from gunshot wounds in the hospital, not to mention the number of women murdered and maimed. And, unfortunately, this warfare escalated after the election as gangs fight for turf and control,” she said.

Duncan-Price rapped Hamilton for her truce walk with gangsters in June 2020, arguing that “if politicians know who to negotiate with, they must give information to the police so that law and order can be enforced”.

The PNP caretaker has repeatedly called for the area to be declared a zone of special operations to cauterise the violence.

Donovan Williams, a relative political neophyte, defeated Duncan-Price in the Kingston Central polls last September. He has been urged by persons in both political camps to stamp his influence on the crisis, although Hamilton acknowledged that he appears to have been worn down by the resistance.

Hamilton has defended her attempts to placate the rival gangs, though she admits that she is fast running out of political capital.

“I am not allowing them to do what they want to do, so that is the part of the problem that I am. ... Either they don’t respect my position or they don’t care,” she said in resignation.

“These guys tell me that they have persons to kill and they going to do this and that.”