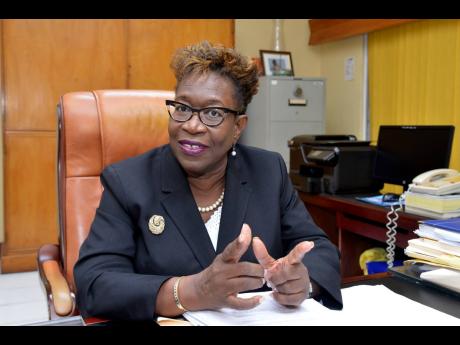 Twenty alleged members of the St Catherine-based Clansman gang, who were among 50 individuals arrested and charged under the anti-gang legislation, have been freed as the evidence against them did not meet the threshold for prosecution.

Thirty men now remain in custody and are to be tried in September in the Home Circuit Court.

Speaking at a Gleaner Editors’ Forum on Thursday, Director of Public Prosecutions (DPP) Paula Llewellyn explained that the prosecution made the decision to release them after careful examination of the case file.

“Fifty had been arrested on reasonable suspicion and the police investigated and they believed they had a case against 50, but ... using our legal hat and the decision to prosecute protocols, we have indicted 30 for a multiplicity of offences under the anti-gang legislation. I believe two are three were remitted to the parish court for trial for predicate offences, and nolle prosequi were entered in respect to others,” she said.

Nolle prosequi means the prosecution is dismissing the charges against the accused.

“What we did, and this is part of our preparation for actual prosecution, we had the team – between six and eight seasoned prosecutors – who went through the file with the police with a fine-toothed comb and we know that you have a particular threshold as a matter of law, and, given the decision to prosecute protocols that you must be at before ethically and legally, you can actually put forward a prosecution. We recognised that, in terms of cases to the requisite standards required, we had 30,” Llewellyn stated.

The accused men will be tried in a judge-alone trial with four or five prosecutors, the DPP further noted.