‘We are comfortable now’ 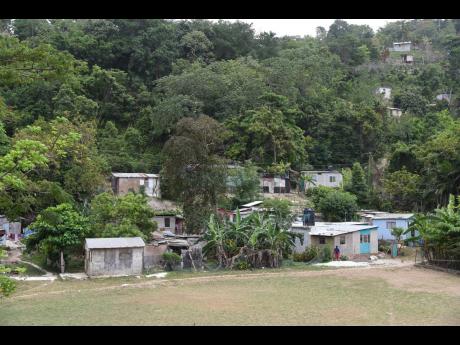 File
A section of Parry Town in St Ann. 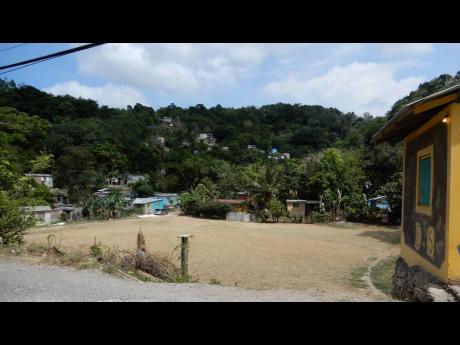 File
A section of Capture Land in Parry Town, St Ann, showing a playing field which is usually flooded during heavy rains with the water affecting several households nearby which are located on a lower level. 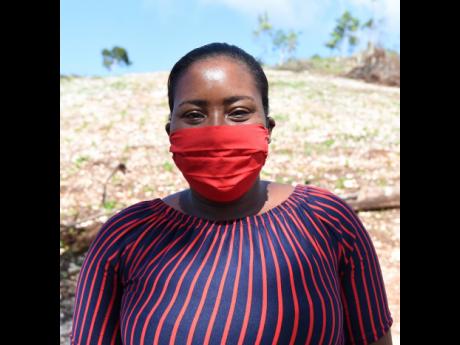 Ian Allen/Photographer
Sophia Masters is happy for the peace in Parry Town, St Ann, where there has not been a murder in over a year.
1
2
3

Considered a crime hotspot for years, Parry Town, which sits near Ocho Rios in St Ann, has seen relative peace and quiet in recent months and residents are welcoming the change. There has not been a murder in Parry Town in almost a year, compared...

Considered a crime hotspot for years, Parry Town, which sits near Ocho Rios in St Ann, has seen relative peace and quiet in recent months and residents are welcoming the change.

There has not been a murder in Parry Town in almost a year, compared to a spate of murders, including double murders in previous years, that forced residents to take protective actions.

“Up to last year this time, there were four murders. For this year, there is none,” deputy superintendent in charge of crime for St Ann, Linton Bailey, confirmed with The Gleaner on Thursday, June 10.

Over the same periods, there were two shootings last year and none this year.

In August last year, the leader of the St Ann-based Teacher Gang and the parish’s most wanted man, 34-year-old Orlando Chambers, who was fingered in at least two double murders in the parish, was killed by the police in Kingston.

His death has cleared the way for the peace and stability in the community, with councillor for the Beecher Town Division, which includes Parry Town, Ian Bell, saying as much in an interview with The Gleaner.

“The majority of the culprits who were creating mayhem within the confines and the geographical boundaries of Parry Town and its environs, they’re either dead, police have arrested and sent some to prison, and then the other few that escaped the dragnet of the law are elsewhere,” Bell said.

“We’re happy that they’re not in our space. If they return to our space, we’re going to extend the same level of measures to ensure that they end up elsewhere, so that Parry Town can remain what it is now or even get better,” Bell added.

Those measures include collaborating with the police.

Residents who spoke with The Gleaner welcomed the new atmosphere.

“Years ago, we used to have a lot of murders and all of that, and I can say thanks to our councillor, the police and the active persons in the community that see things, speak about it, get the police involved, and make a note of that,” said Sophia Masters.

“We are comfortable now in our own space there. We can come out as we like, as we couldn’t do that before. So it’s a great impact. Most persons are able to get jobs now. [We’re having] less crime, less robbery, we nuh having all a that again, so we are comfortable now,” Masters said.

Another resident, Sophia Johnson, described the community as “very quiet”,

“Well, [there is] little to no crime; it is very quiet,” Johnson pointed out.

“I can say things are getting back to normal now and we appreciate that, thanks to our councillor and the help of the police,” Johnson said.

The resident said she was imploring those responsible for the current situation to keep doing “the good job” that has brought about the change.

She is also encouraging the councillor to make haste to complete the community centre, as this would help foster camaraderie in the community.

Another resident told The Gleaner on Thursday that, while she welcomed the “relative peace”, she was cautious about saying the community has turned the corner.

“It’s relatively peaceful, I would say. There hasn’t been a murder in a little bit,” she said. “I can’t tell you for sure that the men have left or they have been detained by the police, but what I do know from the killing [of Chambers] in Kingston, things kind of died down and have been relatively peaceful.”

According to the resident, “Parry Town was a very, very peaceful community; the community started to deteriorate when people started the illegal settlement.”

“One of the first things that we do, we dominate the hotspots, we target violence producers, and we try to gain the confidence of the citizenry,” Bailey said. “We have interventions where we do our walk-through, we do one-on-one with the citizens in a soft-policing manner, we don’t necessarily show that aggression, and we maintain our touch with the community.”

Bailey said the charge is always led by senior management of the St Ann Police Division and the “foot soldiers” are not left on their own.