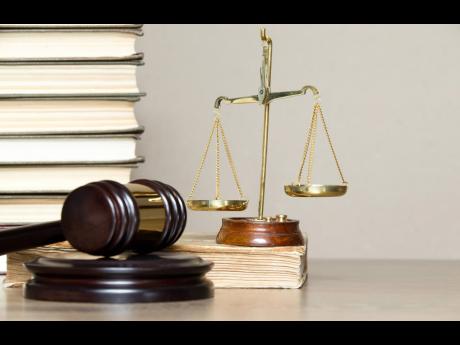 File
Angel Beswick-Reid said she is distressed by the time it has taken for her client’s lawsuit to be heard.

After nearly eight years, a Kingston labourer who allegedly spent 18 hellish months in prison in 2009 after he was maliciously arrested and had sued the State is yet to have his claim heard in the Supreme Court.

The appellant, Desmond Kinlock, since suing the state in March 2013, had been locked in a legal battle with the attorney general, who essentially wanted the claims struck out.

However, Kinlock was successful in getting the respondents reinstated on appeal.

The decision was recently handed down by the Court of Appeal.

The appellant had been falsely detained and suffered hardship based on the lies of two police officers, Denny McFarlane and Patrick Campbell, who arrested him, claiming that they found a loaded M16 rifle and two ballistic vests on his rooftop at his Jacques Road, Kingston, address on December 15.

The police alleged that they were on patrol in the Mountain View area when they heard gunshots and saw a group of men running. They pursued the men, and Kinlock, who was closely followed, was chased on to his premises.

The father of three was, however, cleared of the gun and illegal possession of property charges in October 2011 during his trial.

Two soldiers who had been part of the patrol, six months before the trial, had submitted statements revealing that the weapon and vests were found outside Kinlock’s home at the side occupied by other tenants. The police, however, maintained their side of the story during the trial.

Kinlock then filed a claim against the seven respondents in which he sought damages against assault and battery, malicious procurement of arrest, false imprisonment, malicious prosecution, injurious/malicious falsehood, misfeasance in public office, breach of social contract, and multiple breaches of his constitutional rights, and loss of income.

The appellant also sought damages for allegedly being beaten and tortured while in custody, for inhuman treatment, and for being intentionally deprived of quality of life.

However, the Attorney General’s Department, in December 2013, made an application in the Supreme Court for the claims against all the respondents, barring itself, to be struck out because they were acting as servants of the Crown. It also applied for the claim of breach of social contract to be struck out as well.

Angel Beswick-Reid, who represented Kinlock, had submitted that Justice Palmer wrongly exercised his discretion in striking out the claim, arguing that the acts of the other respondents had been committed outside of the ambit of their duties and that they should be personally liable.

The Court of Appeal found that the claim against the other respondents ought not to have been struck out but refused the appellant’s orders concerning a breach of social contract.

Beswick-Reid, however, said she is distressed by the time it has taken for her client’s lawsuit to be heard.

“We need to do better in terms of the timeliness of our justice system,” she said.

The attorney raised concerns that it took eight years for the case to progress to this stage, which, she said, reset her client “right back at square one”.

Beswick-Reid said that despite her client’s lawsuit being filed in 2013, the attorney general is yet to file a defence, although the general rule is for the defendants to file within 42 days of being served.