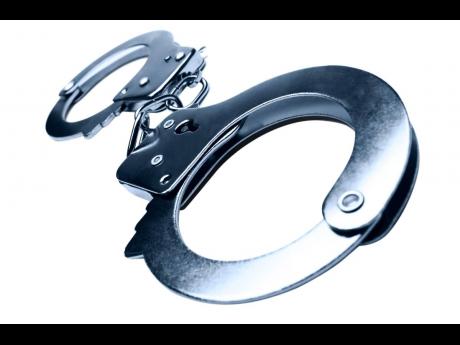 The alleged lottery scammers are slated to appear in the Hanover Parish Court on July 13 to answer the charges against them.

Two men believed to be significant players in lottery scamming in western Jamaica were arrested and charged for breaches of the Law Reform Fraudulent Transaction Act in Industry Cove, Hanover, on Tuesday during an operation carried out by police assigned to the parish’s proactive investigative unit.

Those arrested have been identified as 26-year-old Kimroy Atkinson, of Samuel Prospect, Trelawny, and 18-year-old student Delano Samuels of Industry Cove.

A third man, who resides in South Carolina in the United States, was also taken into custody but has not been charged.

According to reports, the police went to a house in Industry Cove and found paraphernalia associated with lottery scamming. They also seized seven telephones, which allegedly had the identity data of scores of Americans.

The men were reportedly unable to offer any satisfactory explanation for the items in their possession and were detained.

The South Carolinian has undergone interrogation in the presence of his lawyer. He is slated to face further questioning before a decision is taken on whether he should be charged or released.

Atkinson and Samuels are slated to appear in the Hanover Parish Court on July 13 to answer the charges against them.

While St James is the undisputed hub of lottery scamming in western Jamaica, police pressure has forced many of its players to flee to parishes like Hanover.

Lotto scammers, who target mainly elderly persons in the United States, have been notorious for their flashy lifestyle and proclivity to violence.

“Our proactive investigative unit is quite vigilant, and we are always on the lookout for scammers coming into the parish to establish links,” said Superintendent Sharon Beeput, parish commander for the Hanover police.

“We want to send a message to those scammers who are thinking about targeting Hanover not to come here because they won’t be welcomed ... . We have jail cells here waiting for them.”