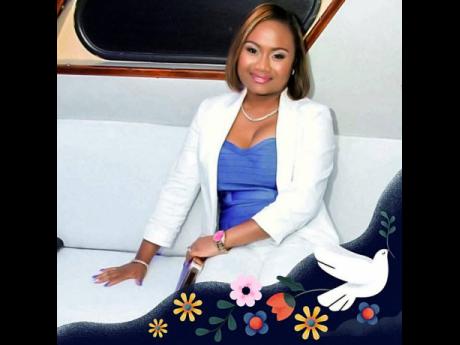 One of the men accused of being involved in the murder of Simone Campbell-Collymore and a taxi operator in 2018 will be seeking bail when the matter is next mentioned on July 8 in the Home Circuit Court.

The accused, Dwayne Pink, was slated to make an application for bail on Wednesday, but the matter was rescheduled because of the absence of the prosecutor.

Attorney-at-law Earnest Davis, who is representing Pink, said his client was accused of being one of the shooters in the incident, but the video that had captured the incident proved that he was not the shooter.

Therefore, Davis said he would be seeking to have the court admit his client to bail.

Pink is charged along with Omar Collymore, the alleged mastermind and then husband of the woman, as well as Carey Jonas, Shaquilla Edwards, and Michael Adams,

The men are charged with two counts of murder and conspiracy in relation to the brutal killing of the 32-year-old businesswoman and 36-year-old taxi operator Winston Watson, who were gunned down on Stanley Terrace in Red Hills, St Andrew, on January 2, 2018.

Mr Collymore is alleged to have orchestrated her murder and was home at the time of the murder.

All four men were remanded on Wednesday when they appeared in court via Zoom.

The victims were shot and killed when they arrived at the gate of the apartment building where Campbell-Collymore lived.

They were shot by two pillion passengers who were travelling on motorbikes.

Campbell-Collymore, who was reportedly shot 21 times, and Walters both died on the spot.

A day before Campbell-Collymore’s funeral, her widower was stopped at the Norman Manley International Airport in Kingston as he attempted to leave the island.

One of Collymore’s co-accused, Wade Blackwood, who was one of the shooters in the incident, was sentenced on March 11 to two life sentences on two counts of murder and eight and a half years for illegal possession of a firearm. The sentences will run concurrently, and he will be eligible for parole after serving 35 years.

In his social enquiry report, the 24-year-old said that he was threatened to be killed by two men to take part in the murder plot as payment for a firearm that went missing during his brother’s arrest.