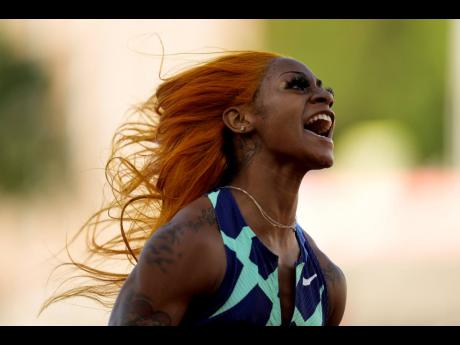 American track and field officials are hoping to have star sprinter Sha’Carri Richardson available for the 4x100m at this month’s Olympic Games in Tokyo after she was slapped with a one-month suspension for testing positive for cannabis at the recent US Olympic Trials in Eugene, Oregon.

If upheld, the sanction, which was handed down by the United States Anti-Doping Agency (USADA), would see Richardson missing out on the 100m in Tokyo after originally booking her spot in the event with a 10.86-second win at the US Olympic Trials on June 19.

That result has been disqualified as a result of the adverse analytical finding, with fourth-place finisher Jenna Prandini replacing Richardson in the women’s 100m line-up for Team USA.

The first round of the women’s 4x100m relay at the Olympic Games is scheduled for August 5, beyond the 30-day ineligibility period.

Richardson, who recently lost her biological mother, is expected to speak on the matter today.

According to multiple well-placed international sources, who requested anonymity, traces of cannabis were found in the 21-year-old’s sample.

Since January 1, 2021, cannabis has been classified as a ‘substance of abuse’ by the World Anti-Doping Agency (WADA) and currently carries a maximum four-year ban.

However, if an athlete can prove that the drug was used out of competition and that there was no sports performance benefit, the ban will be reduced to three months, with no need to further examine the degree of fault.

WADA also stipulates that the ban may be reduced by a further month if the athlete is willing to undertake an approved treatment programme in collaboration with his/her national anti-doping body.

If the drug is taken in competition but the athlete can prove that the use was unrelated to performance, a two-year ban will be imposed, as the infringement will be considered non-intentional.

Meanwhile, sports medicine specialist Dr Paul Wright said that he does not expect Richardson’s failed drug test case to be resolved in time for the Games, which start on July 23.

“Most likely she will miss the Olympics, because once you are indicted like that, then you have the opportunity to ask for the second sample and to send your observer to be there at the second sample testing. Then you are going to look at the levels that they found of the substance,” Wright said late Thursday.

“I know that they are going to be doing everything to get the second sample tested, to get the tribunal together to listen to the cases for and against her being positive. But the head of the USADA (CEO Travis Tygart), he is a very serious man and he is going to make sure that I’s are dotted and all the Ts are crossed,” Wright said.

There is also concern that any sanction can be challenged and, as a result, threaten any potential medal won with Richardson’s involvement.

Daniel Wheeler contributed to this story.