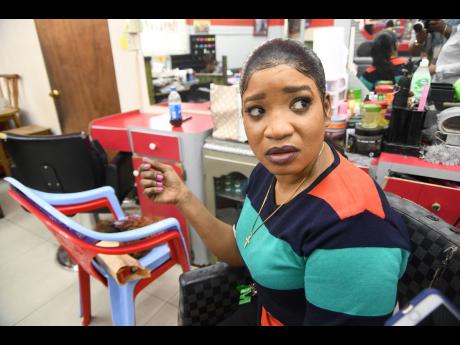 Rudolph Brown/Photographer
Marsha McKnight, a hairdresser, says that the $1-million fine on harassment offenders is not a deterrent. 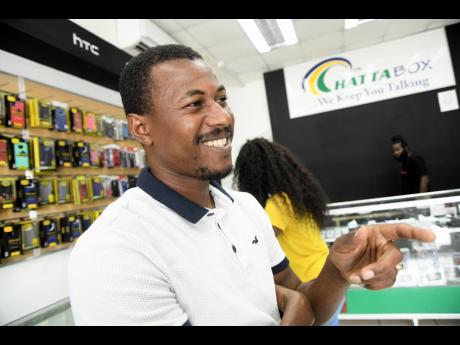 The Holness administration has been urged to allocate funding to trade unions and employers for a massive awareness campaign on the just-passed sexual harassment law.

Veteran trade unionist Vincent Morrison forecasts “some problems in the early stages” when the law takes effect because of Jamaica’s cultural permissiveness of catcalling and touching.

The harassment law, which is yet to be approved by the Senate, is expected to overhaul workplace norms and will present an acid test for power dynamics on the planes of sex and seniority.

Though the language of the legislation is gender neutral, it is expected to primarily protect women from unwanted sexual advances – physical and verbal.

“It is a very serious piece of legislation, and I don’t think it should be introduced to the country in a willy-nilly fashion,” Morrison, president of the Union of Clerical, Administrative and Supervisory Employees (UCASE), said in an interview with The Gleaner.

“... If you are guilty, you are guilty. But I don’t want the justification to be that ‘I didn’t know’ because ignorance is no excuse to the law.”

Morrison is lobbying the Government to forge a pact with the Jamaica Employers’ Federation and trade unions representing tens of thousands of Jamaicans to educate the workforce on the nuances of the law.

Meanwhile, he questioned the prudence of allowing a six-year timeline for alleged victims to report incidents – an upward revision from the original proposal for a 12-month span. Morrison cautioned that fading memories and staff attrition might compromise proceedings brought before a tribunal. A two-year cap was preferable, he said.

His reservations find support among several small business operators and staff who believe that the reporting period is overlong and that the maximum penalty of $1 million is not prohibitive.

That view is shared by Marsha McKnight, a hairdresser in Clock Tower Plaza in the melting pot of Half-Way Tree.

“You fi [charge] them more than $1 million. Some of dem can pay it, you know, ‘cause dem a pervert!” she said.

Meanwhile, business owner Anjoney Francis, 37, describes the driving factor behind sexual harassment as a “mind thing”, suggesting that offenders are “still gonna do what their minds tell them to do” despite the legislative penalties.

Several business persons expressed concern that the six-year reporting might be exploited to maliciously cause reputational damage. There are sanctions against bogus claimants.

The #MeToo anti-harassment movement that had its genesis in the United States in 2017 has triggered global outrage, sweeping politicians and business tycoons from power, with some accusations dating back decades.

One such critic of the reporting timeline is a male beauty store owner who requested anonymity.

“If you feel violated, report it immediately. Because maybe today I’m a nobody and harass you and tomorrow I’m a billionaire and you want to mess up my character ... . This whole #MeToo foolishness wah cut out,” he said.