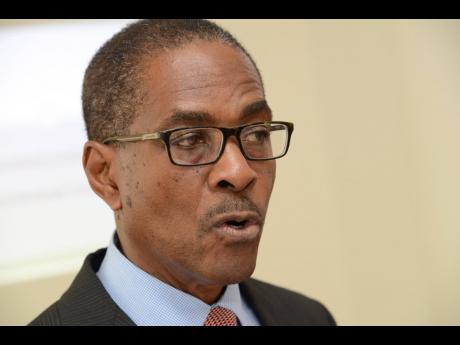 Chairman of the Integrity Commission Justice (ret’d) Seymour Panton has described as “false” claims that the anti-corruption oversight body was carrying out a witch-hunt in relation to senior civil servants including permanent secretaries.

A newspaper article on Friday said that the commission was interrogating public servants over their 2019 income and assets declarations.

The story also indicated that Craig Beresford, the commission’s director of information and complaints, had written to at least eight permanent secretaries among other government employees about their statutory declarations from two years ago.

However, Panton indicated that this also was not true.

In a statement yesterday, the commission’s chairman reminded parliamentarians, public officials and the public at large that it operates within the strict bounds of the Integrity Commission Act which was passed by lawmakers in 2017 and put into force in 2018.

That law seeks “to promote and enhance standards of ethical conduct for parliamentarians, public officials and other persons”.

Section 32 of the Act compels Beresford to receive, record and examine all statutory declarations as well as to make enquiries as he considers necessary so as to certify or determine the accuracy of those declarations.

Panton said that the director of information and complaints had no choice in the matter. “It is his duty.”

The chairman pointed out that the declarants to whom letters were sent were selected at random. “Some have responded thanking the commission for giving them the opportunity to correct their declarations. The commission appreciates this, and urges all persons covered by the legislation to cooperate.”