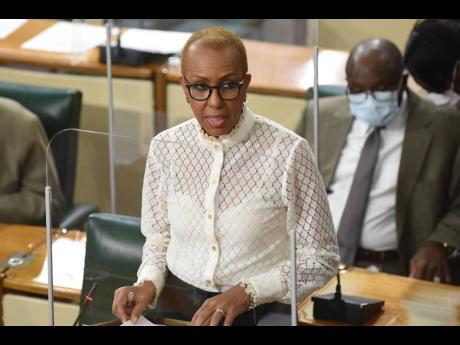 This year’s performance in the Primary Exit Profile (PEP) examination has dipped when compared with the overall results last year.

The Ministry of Education, Youth and Information reported a 52.2 per cent pass rate this year, compared to 60 per cent last year.

Since the onset of COVID-19 in March 2020, many sectors have had to make adjustments to their operations owing to the protocols put in place to avoid the spread of the virus.

The education ministry also made changes to accommodate grade six students who sat the PEP exams on May 26.

It was disclosed that of the 37,278 students who had registered for the exam,139 were absent.

Officials from the ministry have said that 12-year-old students who missed the exam will remain in grade six and sit the exam in 2022.

Children who are over the age of 12 will also repeat grade six to sit the exam the following year and will later be filtered into secondary schools.

In an official release of the PEP results during an online press conference yesterday, Education Minister Fayval Williams said that a hybrid approach was used to place students in secondary schools. She said that the ministry took into account the psychological impact of the COVID-19 pandemic.

After the ministry’s earlier decision to cancel the performance task and the curriculum-based test, students’ data were processed in several scenarios and weighting options. Williams said that this was the “fairest model” which used a combination of grade 4, 2019 literacy and numeracy grades weighting 20 per cent and the current results of the grade six Ability Test, weighting 80 per cent.

Categories of achievement were ranked as beginning, developing, proficient and highly proficient with a cohort of 10.5 per cent, 41.9 per cent, 36.7 per cent and 10.9 per cent, respectively for Mathematics.

In Language Arts, the breakdown was 16.4 per cent for the cohort ranked as beginning, 27.2 per cent as developing, 42.3 per cent as proficient and 14.1 per cent as highly proficient.