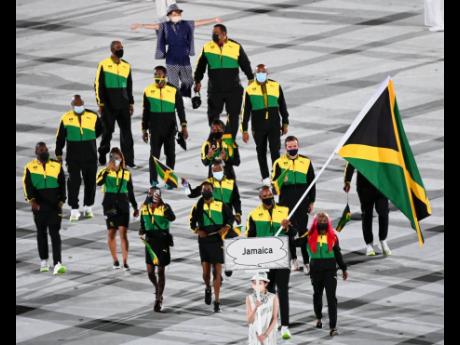 Gladstone Taylor
Sprinter Shelly-Ann Fraser-Pryce and boxer Ricardo ‘Big 12’ Brown led Team Jamaica as its flag-bearers at the opening ceremony of the Olympic Games at the National Stadium in Tokyo, Japan. 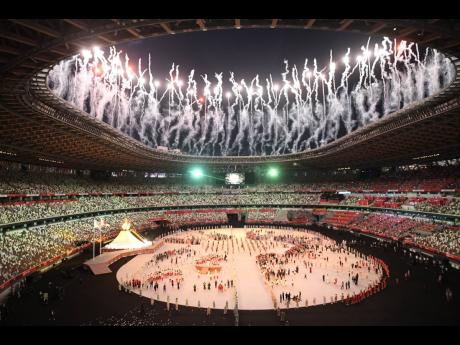 Gladstone Taylor
A pyrotechnic display during the opening ceremony at the Tokyo 2020 Olympics held at the Olympic Stadium in Tokyo, Japan on Friday, July 23, 2021. 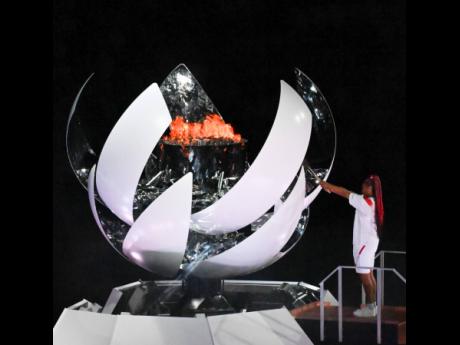 Gladstone Taylor
Tennis player Naomi Osaka lights the couldron at the Olympic Stadium in Tokyo, Japan on Friday, July 23, 2021 during the opening ceremony for the 2021 Olympics 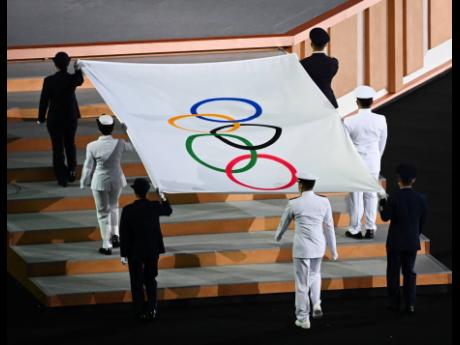 Gladstone Taylor
The Olympic flag raising ceremony during the opening ceremony for the Tokyo 2021 Olympics held at the Olympic Stadium in Tokyo, Japan on Friday, July 23, 2021. 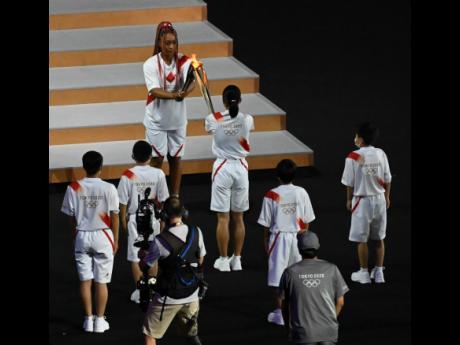 Gladstone Taylor
The torch relay at the opening ceremony at the Tokyo 2021 Olympics held at the Olympic Stadium in Tokyo, Japan on Friday, July 23, 2021. 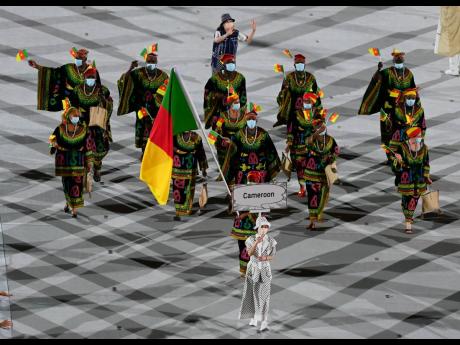 Gladstone Taylor
The colourful Cameroonian team at the opening ceremony of the Tokyo 2021 Olympics held at the Olympic Stadium in Tokyo, Japan on Friday, July 23, 2021. 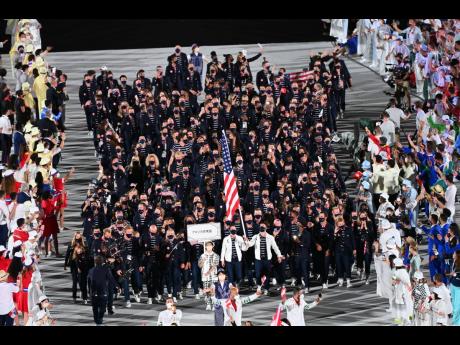 Gladstone Taylor
United States of America athletes participate in the athletes parade during the opening ceremony of the Tokyo 2020 Olympics held at the Olympic Stadium in Tokyo, Japan on Friday, July 23, 2021
1
2
3
4
5
6
7

For a number of Jamaicans living in Tokyo, the arrival of the rescheduled Olympic Games has provided an opportunity to get a glimpse of what things used to be like before the COVID-19 pandemic, as well as to connect with their homeland through the exploits of the island’s contingent of sporting representatives, who have gathered in the capital city.

The 32nd Olympic Games officially got underway inside the Olympic Stadium last night, one year after the global devastation, caused by the COVID-19 virus, forced its postponement.

Amid continued concerns about the prudence of staging the event in the middle of a second wave of infections in the country, which continues to enforce a State of Emergency, 9,000 privileged VIPs gathered inside the venue while a few hundred converged outside as the country put its best foot forward, with an impressive four-hour ceremony which included a globe made from drones.

Popular social media personality Lij Tafari Smith has been living in Japan since 2019 and, in addition to studying for his master’s degree online, is an assistant language teacher.

The 27-year-old has welcomed the return of the Games to his adopted country and can hardly wait to see the Jamaicans, in particular, compete again on the global stage.

“The reality is that that we have been having track meets and events all over the world. I think people are now becoming used to the fact that this is life. Every day is a risk and we are not going to be blind to that, but I think because the Japanese Government wants to prove that they can overcome the pandemic, they will try their best to ensure that the athletes and teams are safe.

Several positive cases from individuals from other delegations have already been registered in the Olympic Village, but, for Conroy Reid, who is teaching English while pursuing his master’s degree in Japan, there is no need for real concern

“I don’t think there is any cause for concern, because they have protocols and they work,” said Reid, who actually harboured hopes of volunteering at the Games, before heading off to Osaka for his summer break.

“I was practically geared towards being in Tokyo for the Olympics, even trying to volunteer to get in on the action. Yes, I was definitely looking forward to it, disappointment is an understatement that I won’t be able to be even a spectator in the stadiums,” Reid said.

Meanwhile, Smith thinks that many of the current challenges faced by the Japanese these days stem from their initial approach to the virus.

“I would also like to add that I think Japan had a false sense of security in the beginning. In the media, there was a bit of, I don’t know if I want to call it pretence, but I remember seeing videos where they were saying the cases in Japan were not as high because of how carefully they speak. For example, they’re saying English-speaking countries would say ‘pen’ with an emphasis on the ‘p’ while, if a Japanese person were to say something with a ‘P’, it wouldn’t be so pronounced and so, therefore, saliva and vapour from your mouth would not be spread as much,” Smith shared.

“During the initial stages, Japan really didn’t want to take responsibility, they didn’t want to be proactive and I think when they realised that the cases were here and they were hiking up, that’s when they became reactive. Now we have very strict border controls, even after a year. Tourists haven’t been given visas, which you can see, as it relates to them not being invited to the Olympics, because I think they (Japan Government) left it too late. Even as it relates to the issuing of the vaccines, that is also a problem, but all of this is because Japan really and truly has not put down any strict measures except now closing their borders and putting a hold on visas for persons who would come here for tourism purposes,” added Smith.

Like Smith, Reid, who highlighted the country’s rich historical legacy, has a generally positive assessment of his time in the Asian country.

“In general, I would say it’s a very routed place. There is generally a plethora of rules that sometimes seems antiquated and don’t make a lot of sense, but it tends to work for the regular flow of life. For instance, mask is not a problem here because people generally wear their mask. It is a very on-time place,” said Reid. “It takes a little while to get acquainted with the culture, particularly the food, but, besides that, it has been quite a good experience. I can’t think of anything that I have experienced that I can say is exceptionally bad.”

Reid lists diver Yona Knight-Wisdom as well as the country’s female sprinters as those that he is most looking forward to seeing compete at the Olympics for Jamaica.

“I am looking to see Shelly-Ann Fraser-Pryce, I think she is the standard. I am also looking forward to seeing Elaine (Thompson Herah) and Shericka (Jackson). I am not going to be greedy, I would love to see a 1-1-1, but if we get a 1-2-2 again or a 1-2-3 in the 100m - any way it comes, as long as we are all in the top three. I also really want to see the women’s 200m. For some reason, I believe this is going to be a competitive race because now they will have to run down the fastest runner in the 200m, which is Gabby Thomas,” Smith offered before also listing long jumper Tajay Gayle and the women’s 4x100m.

“I am also supporting my friend Megan Tapper as well, she will be in the 100m hurdles. I know it is going to be very tough for her, of course, but she has been training very hard, so I am looking forward to that.”