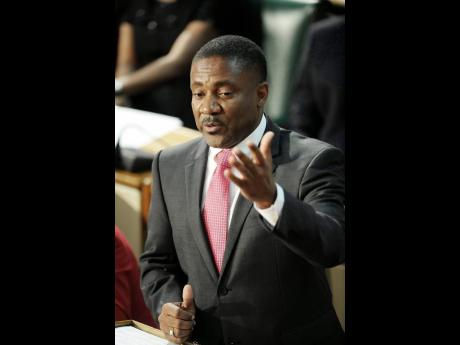 Phillip Paulwell, the opposition spokesperson on energy, is advising the Government to end its practice of dishing out waivers and concessions on the bauxite levy.

The former energy minister made the suggestion in the wake of Concord Resource Limited’s recent acquisition of majority shares in Noranda Jamaica Bauxite, which is partly owned by the Government. This after the United States-based company took over the ownership of the New Day Aluminum Holdings LLC which co-owns Noranda.

“I want to suggest to the Government in this new arrangement and going forward to depart from waivers and concessions in relation to bauxite levy,” Paulwell said yesterday during his address at a virtual meeting of the Rotary Club of New Kingston.

“I believe once you turn the soil to dig up our bauxite, you must pay the full levy and don’t wait until after processing or issues relating to concession and that we must depart from schemes like profit sharing in all of the operations in Jamaica and just impose the bauxite levy,” he added.

Noting that several communities have been negatively affected by bauxite mining, Paulwell said it is believed that the money from the tax would have been channelled back into those communities to rehabilitate them and to spur economic recovery.

Paulwell underscored the importance of growing the sector which he said has benefited the country tremendously since the 1960s despite its challenges.

“Aluminium is a metal that is going to be in high demand for the foreseeable future. So, let us put that on the table as an important issue,” he said.

Additionally, he said the raw material base for aluminium, alumina and bauxite, will continue to be in high demand, and the industry could still realise significant profit for the country.