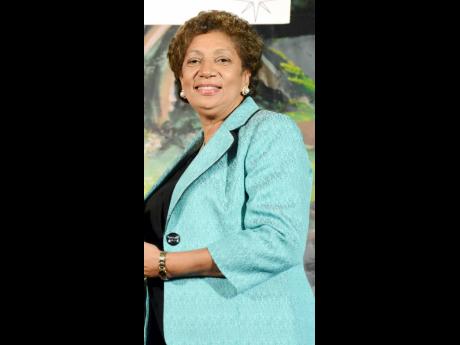 The Gleaner has published eight news stories on the Airports Authority of Jamaica (AAJ) Group’s investment in First Rock Capital Holdings, which have been factually unchallenged.

Timeline of how the issues developed:

AAJ board appointed; William Shagoury named chairman. Membership included Fay Hutchinson, a sales executive and high-ranking member of Jamaica Labour Party. AAJ is a statutory body that falls under the Ministry of Transport and Mining.

First Rock announced in Jamaica Stock Exchange filing that Hutchinson appointed to its board.

1. Investments approved by AAJ/NMIA boards and were “in accordance” with investment policy.

2. NMIAL board member declared interest, recused self from decision. AAJ said it was not “appropriate” to confirm whether the member was then board chairman Newlyn Seaton, whose brother, Y.P. Seaton, is a shareholder and founding director of First Rock.

3. Confirmed that Hutchinson did not declare interest in First Rock. On the directorship appointment, it said “this was not construed to present a conflict of interest”. No mention that Hutchinson is a First Rock shareholder. No mention she recused herself from discussions over 2020 investment.

Questions sent to board chairman of First Rock Capital, Norman Reid. No response received to date.

1. Said overlapping directorship did not pose a conflict of interest because “no personal benefit or interest was being derived”.

2. Asked what role she played in the AAJ’s decision to buy shares in First Rock, she said: “As a director of the AAJ’s board, the board made the decision.”

Ministry of Labour and Social Security said Hutchinson’s son declared his interest, recused himself from discussions over 2020 NIF investment.

Former AAJ board Chairman Dennis Morrison (2012-2016) said First Rock investment was not in line with the agency’s mandate; “non-core” expenditure.

Former board Chairman William Shagoury, who presided over the investments, said he did not know that Hutchinson overlapped as a director of First Rock. Said situation was a “conflict of interest” he would not have tolerated.

B. Opposition Spokesman Robinson asked what action the ministry planned to take against the AAJ for breaches. Clarke said the law has no penalty for violations. His ministry would issue reminders about the law.

C. Robinson asked about the Holness administration’s confidence in the board. Minister Clarke said Transport Minister Robert Montague should answer that question.

Request made for statement from the transport minister. No response to date.

Opposition Spokesman Robinson called for the sacking of the AAJ board because of “poor judgement” and breach of the law. Said Integrity Commission should investigate issue.

Anti-corruption advocate Carol Narcisse said the current board members connected with boards that made the decision should be fired, summoned before a parliamentary committee.

Opposition Leader Mark Golding said the AAJ board “must go” for the unlawful investment and that Hutchinson’s overlapping roles demonstrated a “clear conflict of interest”.

Bruce Golding, a former prime minister who chairs First Rock Global Barbados, said it would have been “proper” for Hutchinson to declare her interest in First Rock. Interview done July 1.

Opposition Spokesman on Transport Mikael Phillips called for the removal of Hutchinson because her lack of disclosure was “unforgivable and smacked of conflict of interest and an abuse of office for which she must take full responsibility”.

Prime Minister Andrew Holness said he was not fully briefed but his preliminary view was that the “issues raised are matters of grave concern to the Government”.