Cabbie bludgeoned in race for $100 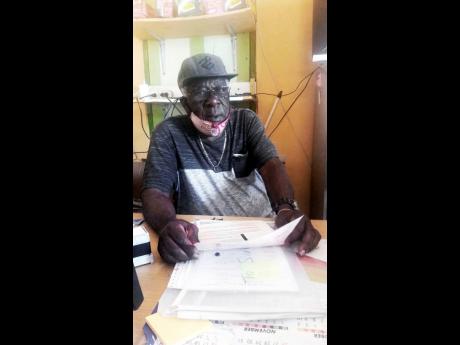 MANDEVILLE, Manchester: In the wake of a violent dispute between two cabbies in Mandeville that left one hospitalised and the other in police custody, the head of the Central Manchester Taxi Association has condemned hustlers for swarming the town...

In the wake of a violent dispute between two cabbies in Mandeville that left one hospitalised and the other in police custody, the head of the Central Manchester Taxi Association has condemned hustlers for swarming the town and giving a bad name to lawful transport operators.

Shirley Johnson lamented the descent in discipline in the central Jamaica town renowned decades ago for its salubrious corridors and orderly conduct.

One taxi driver was bludgeoned with what the police said was a wooden object in the middle of Caledonia Road, in the vicinity of Mandeville Regional Hospital, after the cabbies jostled for a passenger, and, ultimately, fare of $100.

A viral video showed the victim, on the ground motionless, just before being placed into a motor vehicle and taken to the hospital metres away.

Hospital sources said the victim suffered injuries to the head, abdomen, and groin and was taken into surgery shortly after he arrived there unresponsive.

There was no update on his condition up to press time.

The attacker, who was blocked by a crowd as he entered his vehicle and sought to drive away, was later arrested by police.

The arrested man had been charged on July 26 with unlawful wounding in relation to a dispute with a 73-year-old woman on North Race Course Road in the parish, the police said Thursday night. The woman was also charged with assault.

“I was so mad because I didn’t expect that a taxi driver could beat another taxi driver like that. That is cruelty,” fumed Johnson, who had met with a group of cabbies from various taxi associations a day earlier and reiterated the need for unity.

“They could have talked it over or go to the police station. I am very upset about it. In the late ‘60s early ‘70s, we were our brother’s keeper, but [not anymore].”

An eyewitness who spoke to The Gleaner on condition of anonymity described the issue that sparked the violence as trivial and unfortunate.

“I can’t believe the man them a war over $100. Because that one passenger equals $100 and one taxi did have or call a passenger first and the next one take the passenger. Look what dem a go kill themselves over. Foolishness!” the eyewitness said.

Public disorder in Mandeville and other towns will be one of the major challenges facing newly installed commander of the Manchester Police Division, Superintendent Lloyd Darby, as he tries to maintain decreases in five of the seven major crimes.

President of the Manchester Peace Coalition, Dr Clifton Reid, said it would take a collective effort to impose public order on the streets of the parish capital. The fix, he said, would not happen overnight.

Reid expressed concern that many Jamaicans were accepting violence as a cultural norm.

“We are a violent society. Our language is violent. Our behaviour is violent. Even when we are greeting each other, it is violent. Violent lyrics is literally being condoned in our society, and we shouldn’t be surprised when young people act out,” Reid told The Gleaner.