She get di running from me, says Elaine’s father Keith Thompson 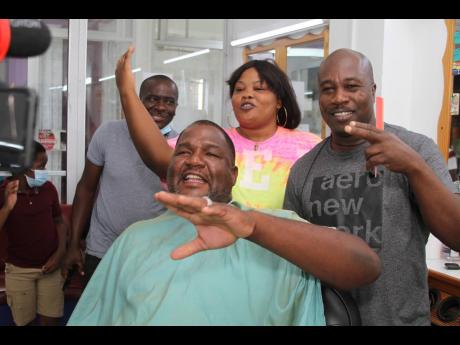 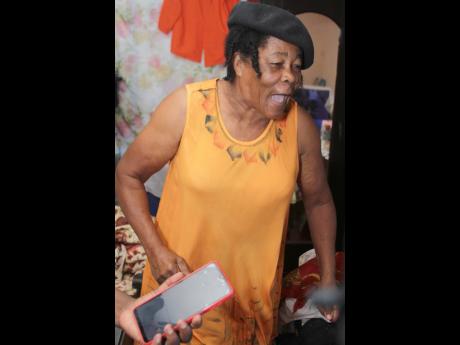 Keith Thompson, father of Elaine Thompson Herah, was one overjoyed man yesterday when The Sunday Gleaner visited him following his daughter’s stunning performance in the 100m final at the Tokyo Olympics.

Basking in the loud cheers from his clients in the barber salon he operates at a plaza in Mandeville, Manchester, he proudly declared that his daughter got her athletic prowess from him.

“Yeah, she get di running from me, man, cause mi always was a runner. Because mi fraida lick, mi always a run from lick,” he joked.

Keith said he used to do a lot of running in his days, including at school events.

The beaming father said he first noticed his daughter’s running ability at age 11 when he would give her stuff to take to his mother.

“And mi always a sey, how you reach back so quick and she would say a run she run,” he reminisced.

He said he soon realised she was serious about it and he knew then it was her dream. so he just prayed for her.

Frankie Davis, who referred to himself as ‘the water truck man’ from out of Mandeville and also a 20-year client of Keith, was among the excited crew in the barber shop cheering loudly yesterday when the Jamaican girls did a 1-2-3 sweep in the 100m final inside Tokyo Olympic Stadium. Elaine defended her Olympic 100m title with a 10.61 seconds run; world champion Shelly-Ann Fraser-Pryce took the silver medal with a 10.74 seconds run and Shericka Jackson took bronze in 10.76 seconds.

“Mi proud fi know sey him daughter come and teck it to the world. 200m wi sey now, we nah left it, put God first and everyting else after,” was his jubilant comment.

Keith and Frankie’s joy could not be matched by Elaine’s beloved grandmother Hycenth ‘Gloria’ Thompson who vociferously cheered her granddaughter on to the finish line, shouting “let it go gal, let it go gal! Weh mi send you a Tokyo go duh!? Nuh fi run! Cock up, gyal! Cock up, in di name of Jesus!”

With the 100m race out the way, Gloria is now looking forward to the 200m, as she declared, “one more left and it a go hotter than this.”

Gloria, who is a Seventh-day Adventist, made no secret of the fact that prayer has been a key component which she has been investing in Elaine.

Aware of the fact that Thompson Herah wasn’t the one predicted to win, she said “God would shut the mouth of the lions in Tokyo and give Elaine the victory”.

It was this confidence she passed on to her granddaughter when she called her prior to leaving the island for the Olympics and requested prayer.

Gloria assured her she would pray and advised her not to “wring up her mouth”.