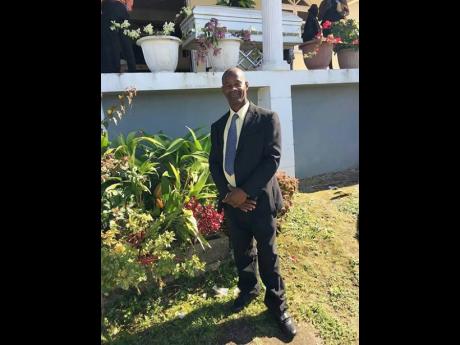 One week since taxi operator Dalton Greenwood was bludgeoned along Caledonia Road in Mandeville by another cabbie, relatives who have viewed a viral video of the attack continue to relive the ordeal each time they visit the hospital and witness the injured man’s condition.

Simone Greenwood said that her 58-year-old cousin barely speaks and continues to show signs of despondency.

“His body is still in pain and he’s very down. He’s not able to stand by himself. He has to be ‘cotching’ up or lying down. You have to be there trying to cheer him up, and sometimes he says a few words, but he is in and out,” Simone said.

Greenwood’s absence from the family home has had a huge financial impact, Simone said.

It is reported that the cab driver sustained several injuries over his body after Nuckland Scott allegedly battered him with a wooden instrument and proceeded to drive his car over him. The attack was reportedly sparked by a dispute over whose vehicle a passenger should board.

Scott, who was charged on Monday with attempted murder, was remanded when he appeared in the Manchester Parish Court on Wednesday. He has been ordered to undergo psychiatric evaluation.

The arrested man had been charged on July 26 with unlawful wounding in relation to a dispute with a 73-year-old woman.

“I am hoping the perpetrator will be brought to justice and he will pay the consequences for what he has done ... ,” said Simone.

The victim’s sister, Maxine Greenwood, who flew down from the United States after learning of her brother’s ordeal, is still in disbelief at the brutality of the attack.

Maxine and her relatives are hopeful that the justice system won’t fail them.

“I believe in not taking up the law in my own hands ... but I believe this man should be put away,” Maxine said of Scott.