‘I had a crush on Roy Rayon for two weeks!’ 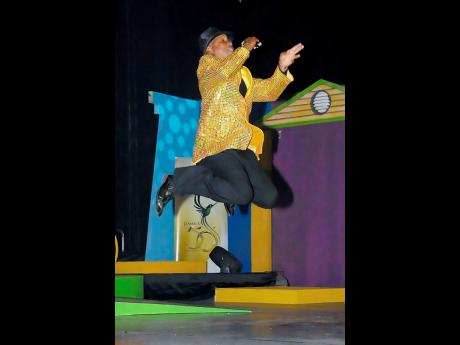 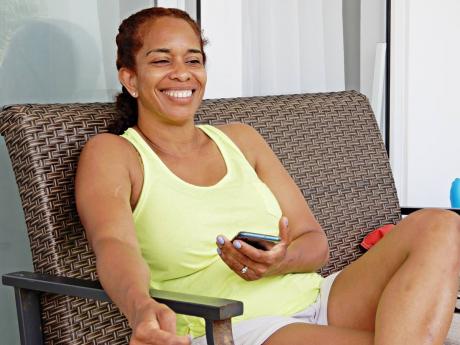 The year 1987 marked a significant milestone in the life of Jamaica as a nation, as the country marked 25 years of independence from Britain.

For a female student at the impressionable age of 11, though, seeing Roy Rayon perform his winning Festival Song for that year, Give Thanks and Praises, in her school auditorium, would have overshadowed any event of national importance that year.

“I think I had a crush on him for about two weeks after that,” a laughing Lesley Barnes admitted as she recalled some of her fondest Independence-themed memories before she migrated to England.

“When I look back at my childhood and my time here in Jamaica during Independence, the first thing that comes to mind is the Festival Song Competition and Roy Rayon,” Barnes, now married, related.

Barnes and scores of students at the all-girls Westwood High in Trelawny lapped up every lyric when Rayon performed his winning song at her school.

“I remember it was a huge thing for us girls because we were in the lower grades. So it was all about the Festival Song Competition back then,” she told The Gleaner.

When Barnes, originally from Ocho Rios, left Jamaica, she took that memory with her, along with the times she went for celebrations at the Seville Great House in St Ann.

“They had a yearly thing there and you get to see the Dinki Mini, people dressed in traditional dress, and so on. For me, I love music, so it’s all about the dancing and all about the songs, the heritage.”

She doesn’t miss Jamaica that much, as she visits almost yearly. And when she’s not able to, she attends Jamaica Independence celebrations in England, which, though, is reportedly not as festive.

Festivities such as ‘Jamaica House’, at the O2 Arena, and the Crystal Palace Independence Day celebration, transports Barnes and other expatriates back to their homeland. But the carnival of colour, food, drink, music, and people in cool England does not quite replicate the tropical charm of the island.

Even though she visits Jamaica regularly, it was almost always during Easter. This time around she made it for Independence.

And besides Give Thanks and Praises, does Barnes have any other favourite Festival songs?

“ Love Fever (another Roy Rayon Festival song from 1985), because, as I said, the crush was there. All I could hear in my head was Roy Rayon.

“... He was the Festival man, so for me, at a very impressionable age, it was all about Roy Rayon, and then I saw him perform and it was like, ‘Wow!’”

Westwood High, a boarding school in Jamaica’s north-western belt, has a reputation for conservativeness, especially because of the mandatory wearing of hats.

But how did the prim and proper Westwood girls react to Roy Rayon singing the bouncy but religious-themed Give Thanks and Praises?

“When he came to Westwood ... everyone of the girls they were secretly … well, dem skin ketch a fire!” Barnes recounted.

Roy Rayon said that he remembers well the Westwood girls “inna dem ‘jippy-jappa’” - a colloquial term for the hats the students wore.

“Them siddung and behave good, then they came at the end of it and got autographs,” an amused Rayon told The Gleaner, after he was told of Barnes’ reaction then.

“It was magic, and I can’t forget that.”