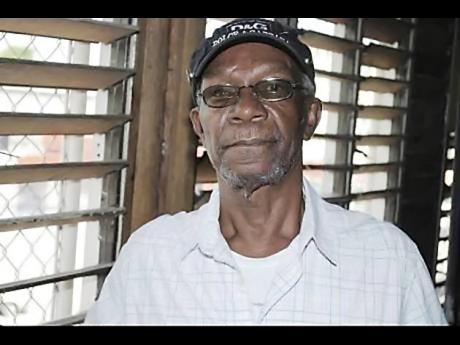 The rampaging coronavirus has claimed yet another high-profile victim in Montego Bay, St James, with Tuesday’s passing of iconic barber and renowned musicologist Neville ‘Dada’ Gilchrist.

The stylist owned and operated the city’s popular Tip Top Barbershop for more than 50 years, alongside the Clock Tower Entertainment Centre.

Aged 77, Gilchrist has long been regarded as the elder statesman of grooming in the western city, where his 122 Barnett Street location is a landmark. He recently retired, making way for a younger generation of barbers, including his son Cedric.

The affable Gilchrist recently fell ill and returned a positive result from a COVID-19 test. He was subsequently admitted to Falmouth Hospital, where he died.

“Dada was legendary. He trained over 300 young barbers over the years and pretty much gave them their start,” said Montego Bay-based entertainment writer Allan Lewin.

“He not only brought some of the top artistes in Jamaica’s music to perform at Clock Tower in their prime but he was also the barber for top stars such as Shabba Ranks and Ken Boothe when they were in town.”

In a 2015 interview with The Gleaner, Gilchrist confirmed that his barber shop was the unofficial training ground for barbers.

“My barber shop is like a training institution, but as soon as you train them and they become good, they branch off,” said Gilchrist.

Gilchrist said that he established Clock Tower, which once hosted monthly stage shows and major dances, as a place where regular folks could find affordable entertainment.

“When I looked around, I realised that the small man, like the street sweepers and the handcart men, don’t have anywhere to go for entertainment, so I decided to open the club,” Gilchrist said in the 2015 Gleaner interview.

One of the highlights of Gilchrist’s career came in 2005 when he was conferred with the prestigious Sam Sharpe Award for his contribution to business and commerce in St James.