No vaccine, no entry! 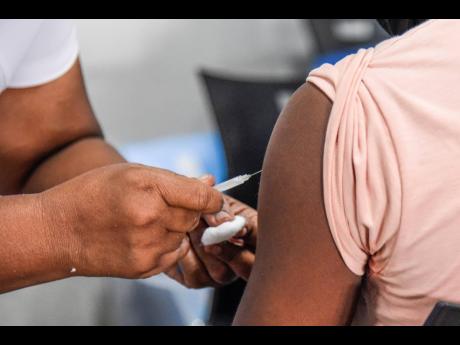 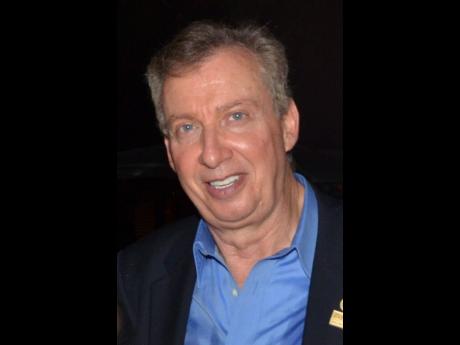 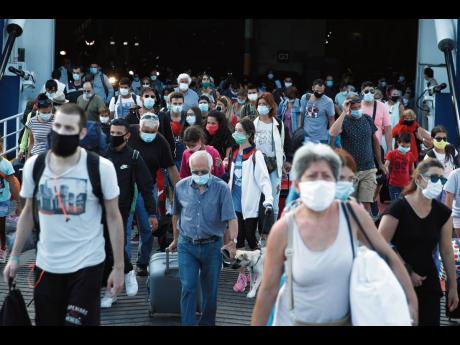 AP
“I’m afraid that is the direction of travel, and we can get involved in a massive existential argument about our rights and the unfairness of it, or for those of us who need travel to resume as soon as possible safely, it seems like the way it’s going. Let’s have them [arguments] another day when we will all have clawed our way out of near bankruptcy” - Paul Cleary 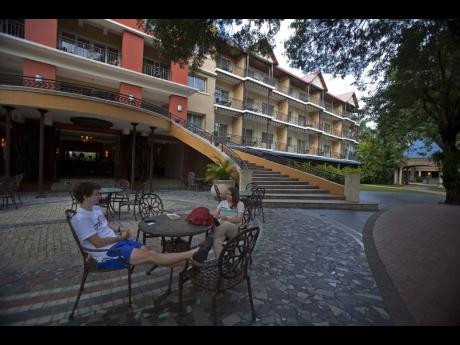 With the Delta variant of COVID-19 pushing infection numbers up to near unmanageable levels again, hotels and destinations in the Caribbean and across the world are increasingly making it difficult for the unvaccinated to enjoy the pleasures that they offer. 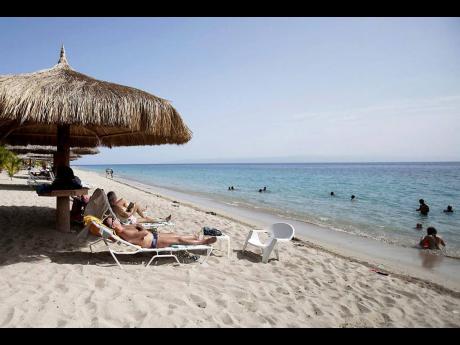 The Caribbean Hotel and Tourism Association (CHTA), the grouping of national hotel associations, has shied away from advocating mandatory testing, preferring to leave this decision to the countries and companies.
1
2
3
4
5

Normally, when British travel professional Dean Schiavi thinks of Jamaica, he often reflects on the wonderful bond he developed with the island since honeymooning here several years ago. However, these days, Schiavi, the managing director of the UK independent tour operato Tradewinds Travel, also wonders if any of the more than 15 Jamaican properties that he sells will join a small but influential group of hotels in the Caribbean that now require guests to be vaccinated against COVID-19.

“I love Jamaica. I went on honeymoon in Jamaica. It’s one of my favourite destinations in the Caribbean,” he told The Gleaner. “So I hope that you guys don’t start doing stuff like that.”

Among the 17 properties it represents in Barbados are Bougainvillea resort and Sugar Bay, both family-owned and operated four-star properties, that have announced that come the start of the winter season in December, they will only accept vaccinated guests.

This angered Schiavi, who immediately cancelled his contract with the two resorts, writing on the company’s website: “We will say it again – we will not sell any hotel or airline that promotes medical apartheid.”

It provoked an immediate backlash among Barbadians who took to social media to condemn the tour operator although there was a sprinkling of support for Schiavi.

“We’re better off losing your clients than infecting more Bajans. Our lives are worth more than your pounds [sterling],” stated one poster in what was a popular sentiment.

The backlash came as no surprise to Schiavi, who, although admitting to The Gleaner that he might have gone overboard in comparing the vaccine mandate to apartheid, made no apologies for his decision, arguing that properties that introduce such mandates were discriminating against unvaccinated travellers.

“It’s strong, but that’s what it feels like. I know the connotations with apartheid in South Africa, but it’s … just a different strain of it. I do understand it was probably the wrong word to use. I should have used discrimination, but I was angry,” stressed the travel specialist, while insisting that he would not back down.

“Any hotel that implements a policy of discrimination by, basically, saying, ‘we will only take vaccinated people as opposed to unvaccinated,’ we’ll simply stop selling them. If it happens in Jamaica, which I hope it doesn’t, we will stop selling most hotels as well.”

The Gleaner reached out to Clifton Reader, the president of the Jamaica Hotel and Tourist Association, for the grouping’s position on mandatory vaccines at local resorts. However, one prominent hotelier, who spoke on condition of anonymity because “there is too much noise out there right now” surrounding the issue of vaccines, was confident that vaccination mandates for hotel guests “will never happen” in Jamaica.

While this may be the case with hotels here at present, the same can’t be said for Elite Island Resorts, a Florida-based all-inclusive hotel group with nine resorts in Antigua, St Lucia, The Grenadines, and Barbados, as well as Panama. The company, which has five of its nine properties in Antigua, requires all its guests aged 12 or older to be vaccinated against COVID-19, effective September 1.

“It’s imperative for us to protect the hospitals of these smaller island nations, and while they have had a good track record so far with COVID-19, we must remain vigilant and all do our part to become part of the solution,” wrote Robert A. Barrett, the company’s founder and chief executive office, in making the announcement. Tradewinds Travel immediately said it would no longer sell Elite Island Resort’s properties.

NO PLEASURE FOR THE UNVACCINATED

With the Delta variant of COVID-19 pushing infection numbers up to near unmanageable levels again, hotels and destinations in the Caribbean and across the world are increasingly making it difficult for the unvaccinated to enjoy the pleasures that they offer.

From Belgium to Denmark, France to Greece, Austria to Italy, Spain to Portugal, governments across Europe are mandating proof of vaccination status – or regular tests – for a wide range of activities, including hotel stays, dining at restaurants, and visits to tourist attractions, sporting events and movie theatres.

In the US, the Biden administration is expected to announce that nearly all foreign travellers must be fully vaccinated against the coronavirus to enter the country, while one Democratic lawmaker proposed legislation on Thursday that would require people travelling through US airports and on all planes operating in the country to be vaccinated against COVID-19 or test negative for the virus within 72 hours of travel.

As of August 16, all hotel employees, government contractors, and workers at health facilities in Puerto Rico must be vaccinated or submit a weekly negative COVID-19 test. Violators will face a fine of up to US$5,000 or six months in jail, with few exceptions.

Several US carriers also require staff to be vaccinated, with United – the first major airline to issue vaccine requirements – and Frontier Airlines imposing an October deadline for all their employees to be inoculated against the coronavirus. Delta Air Line has also said that all new employees must be vaccinated, while announcing a health insurance surcharge for those who are not.

While Jamaica and some other Caribbean countries welcome unvaccinated visitors, at least seven regional tourist destinations – Anguilla, Grenada, St Barts, St Kitts and Nevis, Trinidad and Tobago, Turks and Caicos, and the Cayman Islands – have announced mandatory vaccination policies for incoming adult travellers. The Cayman Islands said it may allow unvaccinated travellers to enter the country after October 13 if they quarantine for 14 days. The need to protect both visitors and local populations from the virus is cited as the primary reason behind these requirements.

Travellers can expect a lot more of these mandates, predicted Paul Cleary, the managing director of Caribtours, a leading privately owned UK holiday company that has been “handcrafting bespoke holidays” to the Caribbean and other regions for over 40 years.

“I’m afraid that is the direction of travel, and we can get involved in a massive existential argument about our rights and the unfairness of it, or for those of us who need travel to resume as soon as possible safely, it seems like the way it’s going,” Cleary told The Gleaner. “Let’s have them [arguments] another day when we will all have clawed our way out of near bankruptcy.”

The Caribbean Hotel and Tourism Association (CHTA), the grouping of national hotel associations, has shied away from advocating mandatory testing, preferring to leave this decision to the countries and companies.

However, Frank Comito, the former chief executive officer who now serves as a special adviser to the private sector organization, told The Gleaner that CHTA encourages the vaccination of employees and guests “as the best measure, along with health-safety protocols, for creating a safer environment” for both hotel employees and guests.

“For those who are unvaccinated by choice or lack of availability – which increasingly is not an excuse – testing which meets local health officials’ criteria should be mandatory and should not be at the expense of the company,” argued the CHTA adviser. “We anticipate a growing number of companies and destinations will move towards mandatory vaccinations but believe that alone will restrict travel, hence the importance now of flexibility to also allow for proof of timely and periodic negative tests.”

Zeta Global analysted site traffic to the main tourism websites of Caribbean destinations after they announced that they would welcome only tourists who have been fully vaccinated and found a marked rise in interest in all of them.

According to the data, interest in Grenada was up by 25 per cent, St Kitts and Nevis was up 26 per cent, the Cayman Islands, 44 per cent, and Anguilla, 59 per cent.

For Vicki Lundy-Revels, who runs a home-based travel agency in San Francisco, California, there’s no doubt about this rising interest.

Lundy-Revels, whose agency, Carefree Travel and Entertainment, does 60 per cent of its business in the Caribbean, with Jamaica as its top destination, revealed that 80 per cent of her clients book travel to destinations with high levels of vaccination or with vaccinated-visitors-only policies.

“These are people who are serious about not becoming infected or infecting others with this virus, which is seriously no joke,” the experienced travel agent told The Gleaner. “I really think [these countries have a lot to gain] because people will feel more secure visiting the destination knowing that they’re taking the proper protocols to protect them.”