With never-say-die attitude, 21-y-o dreams of rising above countless setbacks 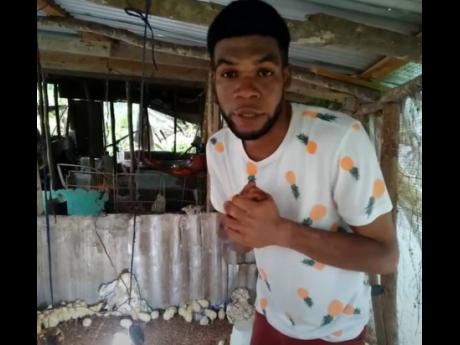 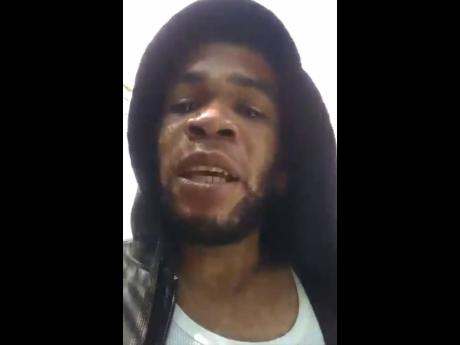 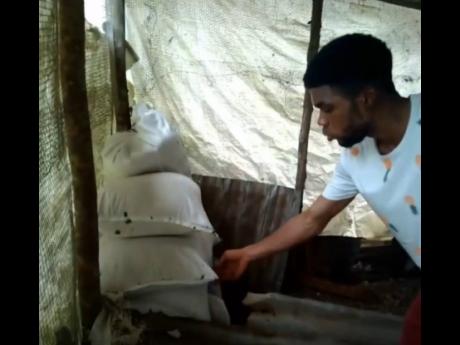 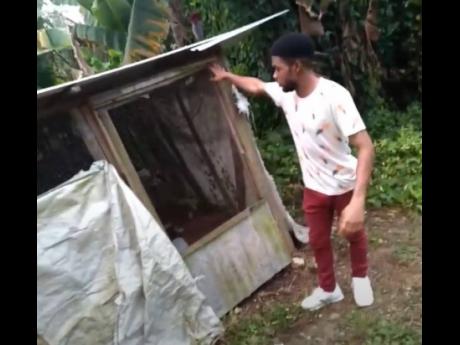 Michael Reid has received a fresh start as a poultry farmer after an emotional plea for help and prayers recently.
1
2
3
4

His faith in God and the moral grounding he received as a child are what keep 21-year-old Michael Reid from joining a gang becoming a menace to society despite invitations as he tries continuously to improve his economic and social circumstances.

He has lost job after job, some due to his temper and inability to adopt the social etiquette demanded by society and the world of work. Others he lost through flukes of the universe that led the Hanover native to think that the deck was perennially stacked against him.

The tipping point came recently when a bike he was hired to use as a bearer caught fire on his way to work, resulting his unemployment yet again, at a point when he thought his life was taking a turn for the better.

The current pandemic has made things even harder for youth like Michael as jobs are harder to come by and the cost of living increases. Youth unemployment rose to 24 per cent for April 2021, up from 22.8 per cent in January, with Statistical Institute of Jamaica reporting an overall unemployment rate of nine per cent.

Michael vented his frustration with a hard-knock life on social media, where he admitted to being tempted to “go rob dung a bag a people”.

But this is not where he really wants his life to go, he pointed out.

“Mi a try fi do the right thing all the while, but it hard. Everything mi try a fail. Mi tired a it,” he said at the point of tears in a video recording that has touched many hearts.

At three months old, he moved in to the sole care of his father, but life was still not easy and he constantly fought feelings of being unwanted “and like mi jus deh a live suh”, Michael told The Sunday Gleaner in an interview on Friday.

His emotional turmoil is amplified by being told that his birth was unplanned and that he was unwanted, he said.

“Basically, if she (mother) never hungry mi wouldn’t born. So more while, mi just feel like mi just deh yah so. It [made me] feel like just give up.”

From one juvenile correction centre to another, being expelled from one school for one infraction or another to being homeless, his life has been fraught with stressful circumstances.

“After coming from Metcalfe Street Juvenile Centre, mi link mi mother fi some food, but she blas’ me and tell mi fi galang to mi wutliss father, but mi know seh she did have the food so mi bruk her house and tek out the food,” he said as he shared some of his most painful moments.

His mother had him arrested and he was sent back to the juvenile detention centre for six months for housebreaking, he said.

“All mi a tell the police them seh is because mi nuh have nowhere fi live and nobody nah help me, nobody nah look pon that. Mi a tell them seh a neglect, but them never pay that no mind. Dem only a seh mi shouldn’t do it,” he said.

He was eventually transferred to the Hill Top Juvenile Correctional Centre, where he successfully sat one Caribbean Secondary Education Certificate subject – principles of business – in the Caribbean Examinations Council (CXC)-administered exams.

“One of the things that kept me is that when I was leaving there, the superintendent said, ‘Michael, you are going out there with a clean police record. Let it remain clean’, and I promised her that would keep it clean,” he told The Sunday Gleaner.

But not having a place to call home or the support of this parents, Michael was forced to live on the streets.

“While at Hill Top Juvenile Centre, mi tell di people dem seh if mi come a road and no have nowhere fi live, mi a go tun wanted man, so they got me place to stay at Haughton Grove. It was an agricultural project with the Jamaica Agricultural Society, so they allowed me to stay in a farm house for six months,” he said.

However, homeless again at the end of the programme, Michael called on the support of his church family.

“Mi always love go to church because as the Bible says, ‘Train up a child in the way he should grow and when he is old, he will not depart from it.’ And the little time that I lived with my father, he made sure I went to church. That is the one thing I can give him thanks for.”

His connection to his church family eventually earned him a place to live and the support he needed to gain enrolment in the Career Advancement Programme (CAP) at Anchovy High School to pursue a course in food preparation.

That was short-lived as he was expelled for fighting, continuing on a trend he started in grades seven and 10 at previous schools.

Someone had hit his friend, so he broke that person’s arm. His friend then beat Michael a week later, and to add insult to injury, the friend eventually graduated from high school but he did not.

This was a learning point for him and he became determined to change course.

So, when his friends began calling him to “come to Kingston to join a gang”, he tried hard to live up to the promise he made the superintendent at Hill Top.

“You know how it feel to know that mi have friends out there who are doing whole heap a wrongs and a live a happy life and me weh a try do right unhappy?

Renowned psychologist Dr Leahcim Semaj believes Jamaica will soon be seeing even more unattached youth turning to a life of crime, a spin-off of the pandemic which has displaced many students as they have been unable to attend online classes.

“Many of them have stopped going to school and have not and will not be returning to school. Some have attached themselves to gangs or have become permanent hustlers,” Semaj said, pointing to the country’s increasing murder rate.

“Under normal circumstance, at least 30 per cent of our students leave school every year with not even one CXC [subject]. So, if you’re talking about larger numbers now, who just stop going to school, what will they have to offer the world of work?” he reasoned.

The pandemic containment measures that have seen churches, for the most part, reduced to virtual services and a ban on public gatherings such as community youth groups – that would act as social interventions – will also have deleterious effects on the unattached youth, Semaj said.

“Education and positive socialisation came to a halt, so we have a problem,” the psychologist told The Sunday Gleaner.

For Michael, his dream of one day attending the Mona School of Business and Management at The University of the West Indies is greater than the call to violence.

“One of my friends from town even seh to mi, ‘Di whole a we can’t turn criminal’. Mi did go up deh and him seh, ‘Gwaan back a MoBay because if me did have the brain (smarts) like you, mi wouldn’t deh yah suh’.

“Mi look into it because a man weh inna badness a tell mi fi go back and don’t come in it,” Michael said, detailing how close he had come to take a step down the wrong track.

Since the video hit social media last week, Michael has received financial assistance to begin raising broiler chickens and has made another video thanking his benefactors. He also has big dreams of helping others when he is more financially stable.

“No more foolish moves. Is the breakthrough this,” the enthusiastic young entrepreneur said.

“I’m begging God to just let me stay humble and remain on the right path because at the end of the day, me a go change a whole heap a people life with my story. With the influence weh mi have now, if mi put it to the right thing, mi can move mountains.”