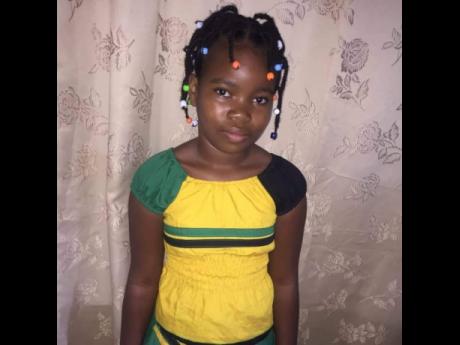 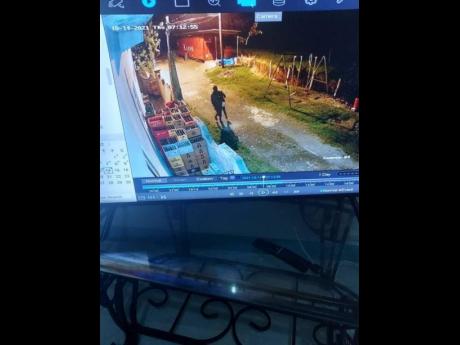 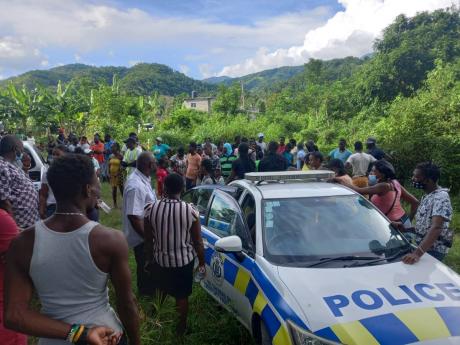 Photo by Shanna Monteith
Hundreds of people gather in a section of Bath, St Thomas, on Friday as they prepare to launch a search for nine-year-old Phylisa Prussia, who was abducted from her home on Thursday evening.
1
2
3

As dusk fell in Bottom Yard in Bath, St Thomas, on Friday, the desperate cries for nine-year-old Phylisa Prussia grew louder with a 24-hour search failing to yield clues as to the whereabouts of the abducted child.

“Another night a go catch the pickney in a bush? We nuh know what happen to her. She nuh eat nothing … . This can't be right,” shouted one woman who identified herself as an aunt.

She was among hundreds of people, including residents from various neighbouring communities and several members of the Jamaica Constabulary Force (JCF), combing through bushes and various sections of the community to locate the girl, who was reported missing by her mother on Thursday, October 14.

Similar search efforts were also under way in sections of neighbouring Portland.

It was a mother in pain who shared how she had just left home to run by a nearby shop when she received the heartbreaking call that her youngest daughter – who is of a brown complexion, slim build and about four feet, six inches tall – was nowhere to be found.

“Around 6:15, I left my 20-year-old with Phel and my other 10-year-old and told them I was going to get some foodstuff at the shop. While I was there, I got a call to say that they can't find Phel Phel … . She was on the veranda playing with Fuff (their dog) and then them nuh hear no sound from her,” mother of four Latoya Dyer told The Sunday Gleaner.

A quick call to the aunt confirmed that the child was not with her either.

This triggered a frantic search, followed by the filing of a formal missing person's report at the Bath Police Station.

CCTV footage from the area showed the nine-year-old being escorted by an unidentified male, who was also carrying a knife.

“Mi nuh feel good, but I'm trying to be strong and hope for the best that we can find her,” Dyer said, expressing regret for leaving home that evening.

As a search party looked for the little girl, they also kept an eye out for a 32-year-old male suspect.

“The suspect is known to the police and reporting on condition of bail at the Bath Police Station for the offence for illegal possession of firearm, et al,” Superintendent Allison Byfield, head of the St Thomas Police Division, told The Sunday Gleaner. “He is from Portland, but as a condition of his bail, he is to remain out of the parish and reside in the Bath police area.”

Byfield said that suspect failed to show up at the police station on Thursday morning, as ordered by the court.

Adding that there have been numerous reports of his sighting in various communities at the same time, the superintendent appealed to the public to refrain from sharing false information that may confuse the investigation.

Desperately clinging on to a thread of hope that his youngest daughter is still alive, Korian Prussia tirelessly led the search.

He shared that despite their age, his children are seldom left alone.

“Mi run taxi sometimes and also give massages up by the fountain, but anytime their mother call and say she's going on the road, mi make sure go in to stay with them. If I am not there, then she is … . A so we do it,” adding that the couple had harboured fears of fires and other tragedies befalling the children if left alone.

On the evening in question, however, the distressed father said that he had left home to tend to a client at the fountain.

In a desperate plea, he continued, “If them even rape her, send her home still. Mi just want mi daughter.”