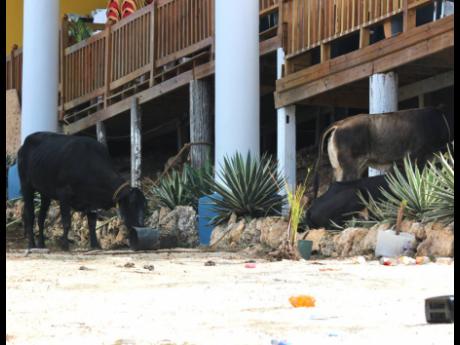 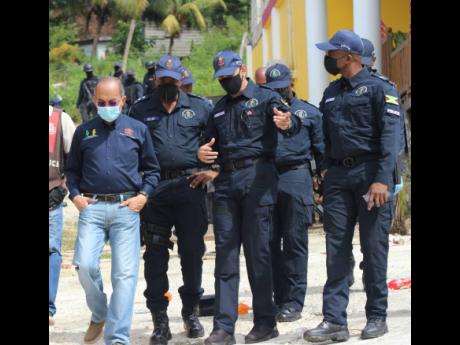 Smith, who assumed the title His Excellency, managed his church with tyranny and manipulation, according to three former members.

“We were like slaves. I was not allowed to go around my parents or any relatives or friends outside the church,” said young Jevon*, who fled the Pathways International six years ago.

That was the sixth time he ran away from the church.

Jevon, who is now in university, was the go-to person from age 17, when he was reportedly taken from his parents by Smith, who had him run errands and count the money collected on the nights they had service.

“There were four different types of offerings. You have the $100 offering that starts the service, $1,000 seed, then the regular offering service and another offering where you make covenant with the word,” he revealed to The Gleaner yesterday, hours after a service at the Paradise-based church came to a bloody end with three people dead.

Four offerings in one day, he stressed, adding that service was three times per week, Wednesdays, Fridays and Sundays.

“He made even more money from church offering and consultations. Persons book an appointment and the price is US$50, and they would have discussions with him. For a spiritual encounter, or a deliverance session they paid US$350 each,” explained the former congregant.

“On average, we would collect $1 million per week because we got up to 10 clients per day, mainly at US$350 each.”

Jevon said he left the religious group in November 2015 because he became mature and gained strength.

“Each time I ran away, the church members blamed me for being disobedient,” he stated, adding that the last time he ran off, Smith placed a death prophecy on his head, saying that his head would return on a platter.

“Once you try to leave, they instil fear within you.”

SEEN AS A PROPHET

Jevon said many people refused to leave Pathways International out of fear for their lives and they, in fact, believed he was a prophet.

“He came off as a prophet of God. Certain things he mentioned in church came to pass,” the young man said.

Reminiscing on how they got there, Jevon said there was a night when a prophecy was given over a lady.

“He prophesied saying that he saw her son in a pool of blood, with the name ‘Baby Killer’, and about a week later, the same incident happened and was on the pages of the Western Mirror,” he said, referencing a community newspaper.

Jevon worked in two of Smith’s operations – the psychotherapist business and the church – and if he wanted to go to the barber, he had to seek permission.

“It was like living in a prison. Basically, you had to ask permission anywhere you wanted to go, no matter how old.”

His relationship with Smith started out like a foster father to a son, Jevon said. However, it turned sour after he started dating a young woman in the church without first seeking permission.

Jevon said that Smith then confronted him, telling him that, “If you think me go marry you and her, you make a big mistake.”

From then, things went downhill until he eventually left for the final time.

A young woman said she was kicked out of the church after two years as a member because of fornication.

“They don’t speak to me. I have two uncles, an aunt-in-law and three cousins, still there,” she told The Gleaner on Monday.

Today, she rejoices and is reminded by her friends that she predicted this day would come when all would be exposed.

Like the other members in the church, she claimed that she was put under a spell, which she didn’t realise was so devastating until she left.