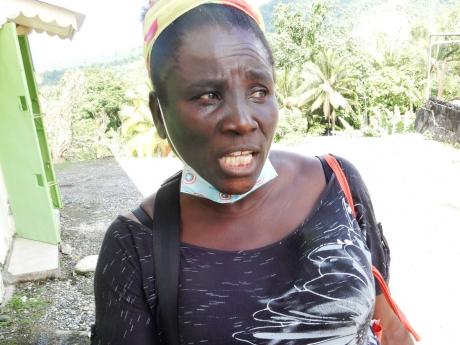 PHOTO BY CARL GILCHRIST
Sandra, a resident of Gayle in St Mary Western, wants to see her member of parliament, Robert Montague, returned as the chairman of the Jamaica Labour Party at its annual conference today. 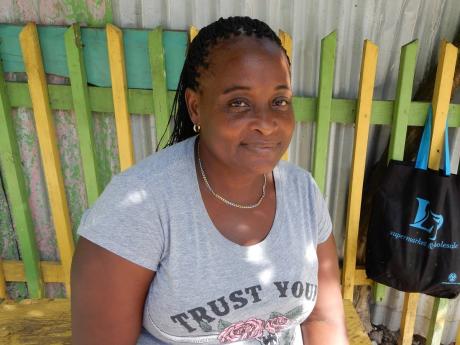 PHOTO BY CARL GILCHRIST
Verona, a resident of Stewart Town, St Mary, says Robert Montague has performed well as chairman of the Jamaica Labour Party and member of parliament of St Mary Western and should hold on to both posts beyond his current terms. 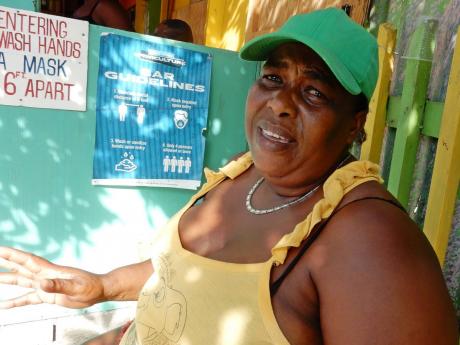 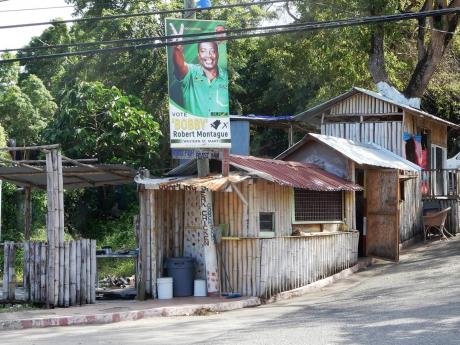 Jamaica Labour Party (JLP) supporters in St Mary Western are backing their member of parliament (MP), Robert ‘Bobby’ Montague, to be returned as chairman as the party’s annual conference unfolds this weekend.

While there have been no open declarations, there are whispers that his 11-year reign in the post could be challenged.

Supporters are also adamant that the three-term MP has to continue representing the constituency amid reports that he may not return as the party’s standard-bearer in the next general election, constitutionally due by September 2025.

“Montague a we father ‘round yah so! Inna Western St Mary, everybody daddy!” declared Stewart Town resident Verona as she spoke with The Sunday Gleaner on Friday.

She wants to see Montague hold on to the chairmanship of the JLP as she believes he has performed well.

She also said that the MP has put in a credible performance in St Mary Western since first being elected as its MP in 2007 before coming up short by 227 votes in his 2011 run, losing out to the People’s National Party’s Jolyan Silvera.

Montague, a businessman, staged a successful campaign to return to the House in 2016 and defended the seat in the 2020 election.

“Him haffi stay because him do good; him help JLP an’ him help PNP. It nuh matter which party yuh come from, Mr Montague is just for the people,” Verona said.

Another supporter, Mitzie, was more forthright.

“He has to stay!” Mitzie affirmed. “We are delegates and we going to vote for him to go back so he has to. Is not what him say. It is what the delegates them say. Is what we want and what Western St Mary want, Mr Montague.”

Asked how she rated the former Port Maria mayor’s performance as an MP, she responded: “One hundred per cent.

“He’s good to his constituents. Without Mr Montague, we don’t have a Western St Mary,” she added.

In his position as chairman for the party, Mitzie also rated his performance highly.

“He’s a good chairman for the party. We have never had a problem. Him doing a fine job,” she stated.

At the JLP constituency office in Gayle, party supporters who spoke with The Sunday Gleaner voiced similar sentiments about their MP, who was present at the location for a while.

“Right now, him ah the best MP Western St Mary ever see,” a gentleman, who gave his name as Bell, said of Montague. “But only certain things wa fi do, it soon get done; we jus’ want certain things done, but we soon get it done.”

Regarding speculation about his MP not making himself available for the next election, Bell said, “Him haffi come an’ tell we that, say him nah run.”

Montague’s position as chairman seems secure, according to how Bell sees the situation.

“Cyaa lose neither; performing good an’ everything,” was his assessment.

Sandra, also known as Angie, was a bit more understanding, looking ahead should Montague not return as JLP’s candidate for the next polls.

“Dem haffi go come wid smaddy good because him is a good man an’ we can talk to him,” Sandra told The Sunday Gleaner.

Nevertheless, she wants him to remain as he has been working in the constituency.

“A through him mek wi get road a Derry. Di road deh deh fi how much years nuh fix, an’ di first go him go, wi get road,” she said. “Mi nuh know nutten ‘bout the chairman[ship]. Mi know him as an MP an’ him do wha him can do. Mi support him pon that.”