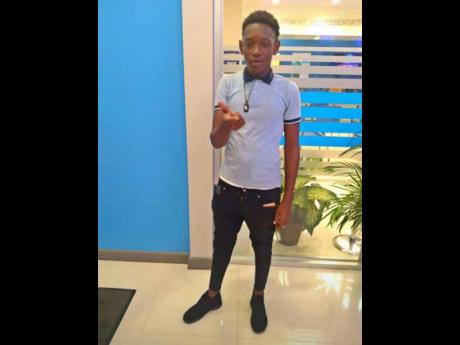 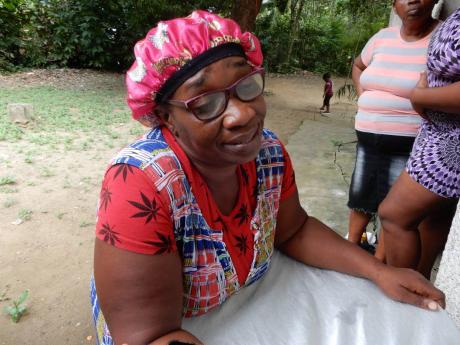 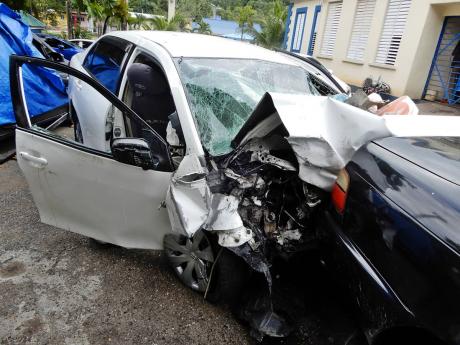 PHOTO BY CARL GILCHRIST
One of the cars involved in the deadly accident along the Idlewild Road in Wilderness, St Mary, on Friday night. 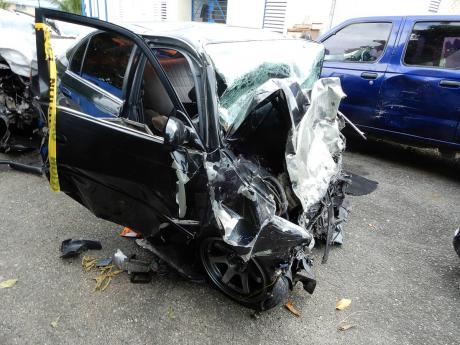 PHOTO BY CARL GILCHRIST
One of the cars involved in the deadly accident along the Idlewild Road in Wilderness, St Mary, on Friday night.
1
2
3
4

Sixteen-year-old Andrew Phillips had his eyes set on becoming a world-class goalkeeper and was reportedly repeating grade 10 at Brimmervale High School in St Mary in order to gain more experience as he planned the way forward.

Sadly, the teenager did not live to pursue his dreams as he was killed in a two-car crash along the Idlewild Road in Wilderness, St Mary, on Friday night.

Phillips was one of four persons who died in the accident, which occurred shortly before 10 p.m. The other victims were Phillip Walker, of Cox Street in Port Maria, St Mary; Marsha Simpson of Pampano Bay, St Mary; and Ortega Baptiste of Buckfield in Ocho Rios, St Ann.

The air was filled with grief when The Sunday Gleaner visited Phillips’ home on Cox Street in Port Maria yesterday afternoon.

Phillips’ mother, still in shock, was not able to speak. The teen’s grandmother, Maureen Sherwood, took on that responsibility.

She said young Andrew played football all the time and was on his school’s team as a goalkeeper.

Other family members said he had hoped to pursue professional football. He will be greatly missed, they shared.

“He was jovial, nice, quiet, quick to respond; he’s just … ,” his grandmother began before she broke down.

Andrew was the second son and second of four siblings for his parents.

Efforts to get in touch with family members of the other deceased were unsuccessful up to press time.

Winston Robinson, who lives across the road from where the accident occurred, said he was inside the Upper Room United Pentecostal Church next to his home when he heard the noise.

“I was in the church last night when I hear this bang. I run out and when I look pon my phone, it was around 10 minutes to 10,” Robinson shared.

He said he saw the two cars smashed and other cars had stopped with persons trying to assist those in the badly damaged vehicles, who he said were pinned down.

Robinson said it appeared that the two persons in the dark coloured car (Phillips and Walker) died on the spot.

He painted a grim picture of the occupants of the other vehicle.

“The white car – two women were in it and a man driving. The man really mash up bad; the woman in the front seat did a cry fi pain,” he recounted, noting that the other female occupant was flung from the back seat to the front of the vehicle by the impact of the crash and sustained serious head injuries.

Robinson said the police and fire department later arrived on the scene.

Up to November 26, there were 420 deaths from 377 road traffic collisions on Jamaica’s roads, an increase of 27 fatalities over the corresponding period last year.

For the month of November, there have been 37 traffic deaths so far.