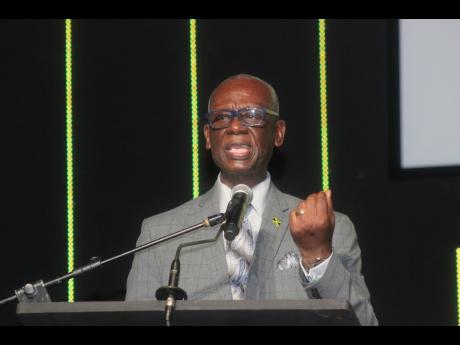 While acknowledging that there is a need for a fire station in eastern Westmoreland, Local Government Minister Desmond McKenzie, who has portfolio responsibility for the Jamaica Fire Brigade, says that the Government had not signed off on proposals for the construction of such a facility in Bethel Town.

The Westmoreland Municipal Corporation, mainly through advocacy by Bethel Town division Councillor Danree Delancy, has been calling for a fire substation to be established in the area, as it is more than one hour’s drive away from the fire station in parish capital Savanna-la-Mar.

Stakeholders in the parish have long argued that, because of the size of the parish and the hilly terrain on the eastern side, there is a need for more than just the two existing fire stations in Savanna-la-Mar and Negril to respond to emergencies.

However, while stating that he understood the situation and would have wanted to see the concerns addressed in the shortest time possible, McKenzie said that the residents of Bethel Town will have to await future budgetary allocations to know if and when their dream will become a reality.

Earlier this year, senior officers from the Jamaica Fire Brigade had toured the Bethel Town Police Station, along with Delancy, to explore the possibility of establishing a substation on the property. However, it was deemed unsuitable.

“The Government did not indicate at any time about the Bethel Town fire station. We know it is of concern but, right now, there are three stations [other] that are slated to be constructed next year,” said McKenzie. “I did indicate that we will be looking at the question of Bethel Town and also one in St Elizabeth.”

Two of the new stations to be constructed next year will be located in Ulster Spring in Trelawny and Papine in St Andrew.

However, McKenzie had good news for residents of Montego Bay, St James, indicating that the Second City’s long-awaited new fire station is ready and will be officially opened in the next year.

“The fire station in Montego Bay is almost completed. The only thing that is outstanding is to put in the equipment. ... We did give a commitment that we will try to have the station open in this calendar year, but there are circumstances in major construction of that nature, but we are almost there now,” he said.