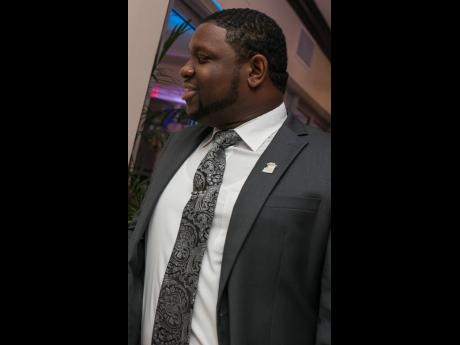 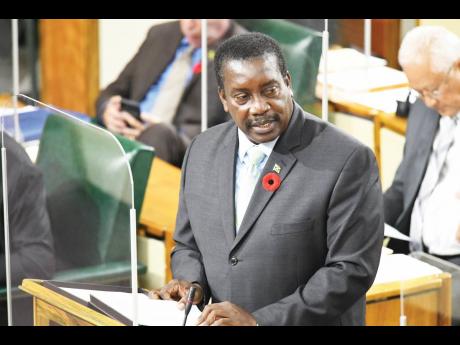 The Ministry of Transport and Mining has acknowledged that Lerone Laing, a former adviser to portfolio Minister Robert Montague, was selected to head the Toll Authority although he does not meet the minimum requirements for the job. The Toll...

The Ministry of Transport and Mining has acknowledged that Lerone Laing, a former adviser to portfolio Minister Robert Montague, was selected to head the Toll Authority although he does not meet the minimum requirements for the job.

The Toll Authority is an agency under the ministry that Montague has been leading since March 2018. It regulates the operations and maintenance of toll roads as well as ensures that toll operators are complying with the agreements.

The ministry said the basic requirements for the job are a master’s degree in business administration or a relevant discipline with a minimum of 10 years’ working experience in a senior management position, inclusive of experience in the management of concession agreements or a major infrastructure facility.

A person with a first degree would need at least 15 years of experience for the top post.

But Laing only has three years’ experience at the mid-manager level, although he has a master’s degree in economics and a bachelor’s in computer science, the ministry admitted on November 3, in response to Sunday Gleaner questions.

“Laing was deemed suitable for the assignment based on his qualifications, experience and skills/competencies,” added the response provided under the signature of Dr Janine Dawkins, acting permanent secretary.

However, Laing, on October 8, said he possessed over seven years’ experience in leadership and management, accumulated from his time at The University of the West Indies (UWI), the Bank of Jamaica, and the transport and mining ministry.

Laing, a former St Mary High School student, won the presidency of the Guild of Students at The UWI, Mona, in March 2014. He was 22 years old at the time. He was reappointed to the board of the Port Security Corps, another of Montague’s agencies, in November 2020.

Dawkins said Laing was “deemed adequate for the immediate interim need” in response to follow-up questions answered on December 3 asking for an explanation as to why Montague’s former adviser was hired despite not meeting the ministry’s own requirements.

Questioned further on whether it was the practice of the ministry to vary how it applies the minimum requirements for positions, she said efforts are “always” made to ensure selected candidates meet the basic requirements.

“However, during a recruitment exercise, it is possible that candidates do not fully meet all the requirements, and it is the combination of qualification, duration, and type of experience that would determine whether a candidate attains the level to be considered for interview/next stage of the process,” said Dawkins.

According to her, there “is an ongoing challenge in attracting persons to the public service”.

But the ministry may face more scrutiny over how it handled the recruitment for the position that Laing officially took over on April 1, 2021.

The contract was signed by Toll Authority Board Chairman William Shagoury, who took over from Hugh Faulkner.

Prior to taking over as CEO in April, Laing was assigned to act as CEO for six months, starting October 1, 2019. But that was extended for a year, effective April 1, 2020.

It means that a chunk of the three-year experience the ministry says Laing has may have come while he was already performing the role of CEO.

Laing served as adviser to Montague from March 2018, when Montague was transferred to the transport ministry from the national security ministry, to September 2019.

The Toll Authority chief executive officer position was advertised only once, on August 21, 2019, in the Jamaica Observer newspaper. Ten applications, including one from Laing, were submitted, the ministry said.

Two candidates, one of whom was Laing, were shortlisted, with Laing emerging the preferred applicant.

Although there was no interview, the ministry said the Toll Authority assessed Laing and it was deemed “satisfactory”.

“The other shortlisted candidate was based overseas and, given the uncertainty of tenure within the context of the expected rationalisation process, Laing was recommended as being more suitable for the assignment,” the acting permanent secretary said.

The basic salary for the CEO ranges from $3 million to $3.6 million, the ministry said. If the person has a motor vehicle, the post carries approximately $1.7 million in travel allowance per annum. It is $680,000 without a vehicle.

The authority’s 2019-2020 annual report that was tabled in the House of Representatives in November shows that the total salary package for Laing, who was acting at the time, amounted to $5.4 million for that year, with $3.7 million in basic salary.

It suggests that, before he applied and was formally considered for the role, Laing was already at the top of the salary range provided by Dawkins.

Questioned on why the post was only advertised once and in one medium, Dawkins said “experience has shown that repeated advertisements do not necessarily improve the applicant pool”.

“The advertisement, being out in the public domain, is not considered limited for the specific case,” the permanent secretary explained when asked further whether the limited nature of the advertisement could not have impacted on the competitive nature of the recruitment and the quality of applications.

She said, in most cases, positions are advertised “servicewide”, which would represent once in one medium.

Usually, positions would be advertised internally in the recruiting agency, on the website of the Office of the Services Commissions, and in the national newspapers.

The Toll Authority, which depends mostly on funding from the Government and monitoring fees paid by toll operators, had an income of $52 million, approximately $39 million in expenses, and assets worth $96 million for the 2019-2020 financial year, according to the annual report. The staff complement included six full-time workers and two part-timers.

This is the latest questionable issue to have emerged in recent months at the Montague-led ministry. The minister is also the chairman of the Jamaica Labour Party and member of parliament for St Mary Western.

It comes a week after former Prime Minister Bruce Golding lamented that Prime Minister Andrew Holness was being forced on the defensive too often because of scandals and controversies.

In early November, Montague was forced to dismiss the boards of the Airports Authority of Jamaica and the NMIA Airports Limited after Sunday Gleaner investigations revealed a lawbreaking $450-million investment in start-up First Rock Capital Holdings.

Weeks later, Montague was forced to fire the board of the Clarendon Alumina Production (CAP) Limited over a controversial multimillion-dollar consultancy contract.

Those issues came amid further scandals at the Fayval Williams-led education ministry involving Ruel Reid, a former Holness adviser and education minister, and his $23-million separation from Jamaica College.

Williams has also been dealing with inherited problems in relation to acting Permanent Secretary Dr Grace McLean, who has been sent on leave, and investigations into $124 million being unaccountable at the ministry.

Nutrition Products Limited, a state company that provides food for poor children, was also flagged for more than $143 million in payments to companies and individuals connected to board members.