‘We have been struggling’ 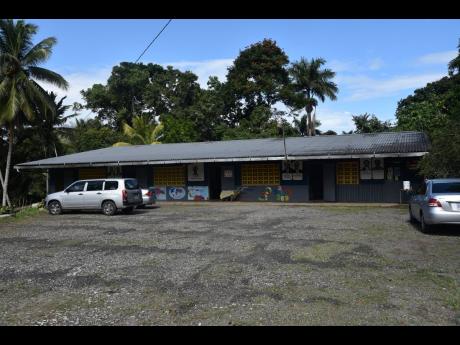 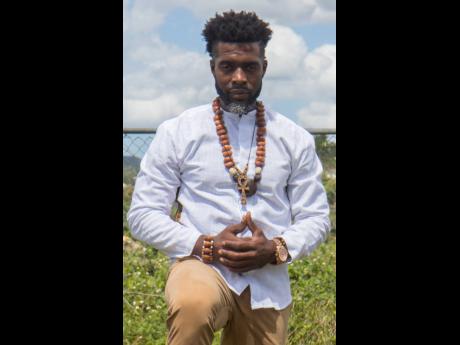 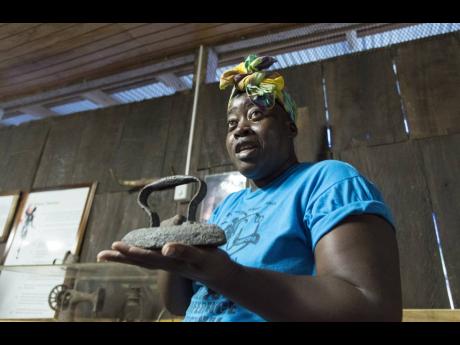 File
File Colonel Marcia Douglas of the Charles Town Maroons in Portland showing off an artefact. 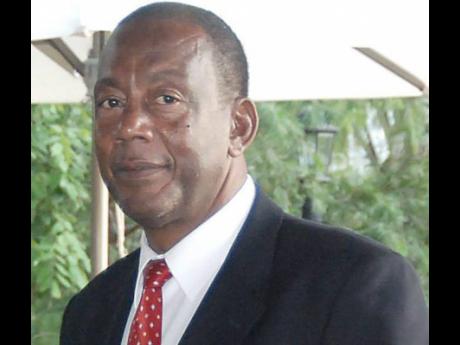 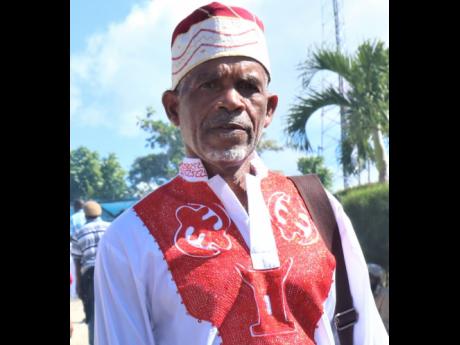 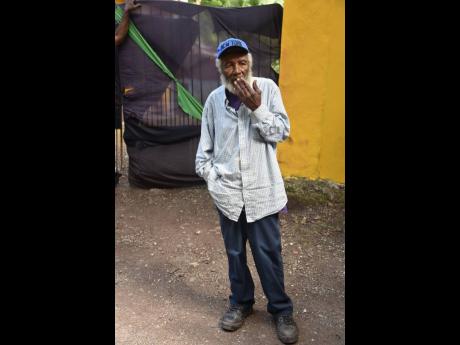 Photo by Mark Titus
Seventy-four-year-old Charles Mahoney is the oldest abeng blower in Scotts Hall, but he had to retire after losing his front teeth. 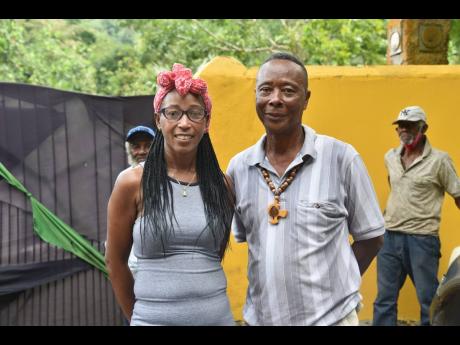 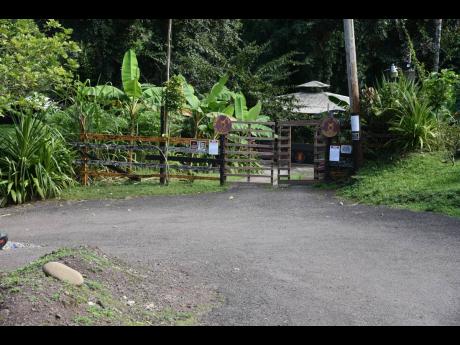 Despite the threat that they could lose funding support from the Government, descendants of the Maroons across the island have said they are unwilling to give up their indigenous rights. However, their counterparts in Scotts Hall, St Mary, are preparing to lobby the Holness administration for assistance as their community is in dire need of attention.

Government ministries, departments, and agencies have been urged not to engage with, or fund, secessionist Maroons who are asserting sovereignty from the Jamaican State, a leaked Cabinet Office document has said.

The situation stems from a confrontation between the police and the militant chief of the Accompong Maroons in St Elizabeth, Richard Currie, who boldly challenged cops last year, saying they had no right to enter Maroon territory without permission.

There are five local Maroon communities, divided in two groups, the Leeward Maroons – Accompong, St Elizabeth, and Maroon Town, St James – and the Windward Maroons – Moore Town and Charles Town in Portland; and Scotts Hall, St Mary – who are adamant that a 1739 treaty with then British colonisers exempted them from property taxes and gave them full autonomy as a sovereign state.

This assertion was openly rejected by Prime Minister Andrew Holness during a media briefing last week.

“... Under my leadership, not one inch of Jamaica will come under any other sovereign authority,” he declared.

Scotts Hall Colonel Lloyd Lattibeaudiere, while maintaining that the Maroons should be allowed to preserve their traditions, does not see his community surviving without external help, and is hoping that the Government will see the need to support his plans to transform the historic village.

“Nothing is in Scotts Hall. We have been struggling, and we are in need of help to develop our community,” he told The Sunday Gleaner last week. “This is not how we want to be; we want to make a difference, but we are getting no help at all.”

The community has lost its postal agency as well as its health centre and residents claim that it is the only strong lobbying effort of the alumni which has allowed the school to keep operating.

Approximately 2,000 persons live in the village, which has water flowing in abundance but not domestically – a situation that Lattibeaudiere hopes to change during his tenure.

“In modern times, we still have no water running through our pipes. All we have received are promises, promises, but we want action to make our people better, ‘’ he lamented in an impromptu community meeting with The Sunday Gleaner.

The group interview took place standing for nearly 50 minutes as there is no facility for meetings except the primary school, which was in session. The school has 54 students on roll and has been holding face-to-face classes since last November. It is in dire need of an area for recreation spaces, a canteen, computer room, and fencing.

“We have been ignored over the years and instead of adding to our community, they have taken away. We don’t even have a proper library for the youngsters,” Lattibeaudiere said. “But we are going to make representation to the Government for help because we are Jamaicans, but also proud descendants of the Maroons.”

Dr Norman Dunn, member of parliament for St Mary South Eastern in which Scotts Hall is located, told The Sunday Gleaner that the community needs to be developed to capitalise on its history, but admits that he has not held discussions with the leadership.

The paving of a section of the main roadway and the erection of a sign in the community are among projects he has undertaken there to date. Noting that the infrastructure of the entire constituency has been deplorable for years, he said that development will have to be done in phases.

Except for a few domestic scuffles and a few incidents of robbery, crime is almost non-existent in Scotts Hall, with the community boasting a good relationship with the Castleton police. However, there are concerns that only a few of the youngsters are showing interest in the traditional Maroon lifestyle, which Deputy Colonel Jone Williams is desperate to preserve.

Maroon spiritual traditions include ceremonies, dances, songs and unique drumming styles that are performed to invoke ancestral spirits. The Maroons also communicate with the abeng, which they claim only real descendants can understand.

“It is important that we pass on the information to the younger generation, on drumming, the dancing and singing of our Maroon songs, but we are mindful of the Western influence and that we are living in changing times,” Williams said.

Like most rural communities, farming is the mainstay of Scotts Hall, but the mostly small farmers have no collective system to trade, leaving the majority to fend for themselves.

The sole financial support from the State comes through the Ministry of Culture, Gender, Entertainment and Sport’s contribution of $250,000 each year for the Emancipation Day celebration on August 1.

But the order to hold back on funds now has Lattibeaudiere and his team concerned.

The Scotts Hall Maroons have questioned the legitimacy of the Lumi, which was developed by Timothy E. McPherson which was first issued in 2020. The currency, which originated in Accompong, St Elizabeth, has been rejected by the new chief of that group, Richard Currie, who charged that such an initiative took place under a previous Maroon administration with an official acting in his personal capacity, rather than representing the legal will of the community.

The Bank of Jamaica has also issued notices that the currency, which is being offered in both physical and digital format, is illegitimate.

“The Lumi is not spendable. You cannot take the Lumi into the grocery store; you cannot pay your bills with it, so what purpose does it serve?” quipped Colonel Lattibeaudiere. “The Government of Jamaica does not recognise the Lumi, so there is nothing to trade it for.”

Charles Town Colonel Marcia Douglas wants more information before she can comment on the currency, but she is confident that the tradition of her ancestors will be in good hands for the future.

“The tradition is intact. In fact, you will mostly find that the young people are the ones upholding the tradition and, currently, all our various cultural groups are dominated by the youth,” she said. “From our rich heritage in Charles Town, we believe in ancestral inheritance and that it will lead to unlimited wealth … so as the generation grows and expands, it is still there for them to enjoy.”

The west Portland enclave is home to approximately 2,500 people and has an organised management system for several self-sustained initiatives, including a museum tour, hiking trails, and traditional games and other activities for visitors.

Douglas, who has been colonel since 2015, says the culture ministry has also been the main contributor to its annual Maroon conference, the next edition of which is slated for June 23. However, she would not reveal the figure, only describing it as a worthy portion.

“There is support out there for any community, whether Maroon or non-Maroon, but it depends on how you represent yourself,” she added.

Douglas, a renowned herbalist, is unconcerned about the possible yanking of support by the Jamaican Government, arguing that it was a reaction to the stand-off with Currie.

“The prime minister has made his comment based on what transpired between Currie and himself,” she says. “I have to get more details. I am sure the PM will clarify because history cannot be erased.”

If former Montego Bay Mayor Glendon Harris has his way, Maroon Town in St James will have its own colonel.

Harris, currently the top political representative in the St James Southern community for the opposition People’s National Party, told The Sunday Gleaner that not much has been done for the Maroons in St James.

The former councillor also admitted that more could have been done during his tenure.

Harris noted that the Flagstaff celebrations received roughly $400,000 in Government support annually, but could not recall the amount the State gave to support its Emancipation and Christmas rebellion events each year.

He expressed concern that the younger generation was showing was very little interest in the Maroon traditions.

Moore Town Colonel Wallace Sterling was, however, unmoved by the growing influence of the Western world on the young generation in his Portland settlement, arguing that if managed properly, it could be another vehicle to keep the Maroon customs alive.

He disclosed that the Government has funded a number of infrastructure improvement projects in the Rio Grande Valley area over the years. This includes the renovation or construction of early childhood institutions in the area, road and water-improvement projects

But the community has also found ways to boost its revenue and development.

“We go out there and actively seek funding for whatever our needs are,” Sterling tells The Sunday Gleaner. “We do not depend on the Government alone.”

Sterling refused to divulge project costs, but also lauded the support from international entities, including USAID and UNESCO.

He is unperturbed about a possible end to government support.

“What is taking place now is not something that the Maroons did not face before. We have lived through it and whatever comes, we will overcome,” he told The Sunday Gleaner.

Sterling said that he has spoken to Currie by telephone, but there was still no settled timeline for a meeting of the community leaders.

He, however, is unyielding about the Maroons having their own currency, stating that the detractors will soon be converted.

“It is going to be a force to be reckoned with,” he said of the Lumi. “Remember that. I am telling you that the Lumi will become one of the biggest projects in the world and many who don’t want to be a part of it now will one day wish they had.”

When pressed on if the Maroons can survive without government funding, the colonel quipped, “It might be good.”