Infant dies after being locked in car for hours 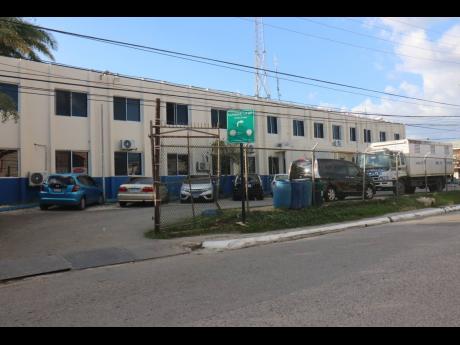 Ashley Anguin/Photographer
The Black River Police Station in St Elizabeth, where Sgt Sheldon Dobson is stationed and is reported to have left his one-year-old daughter locked in his car on Monday. 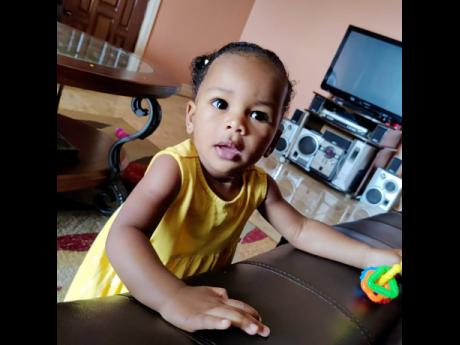 Contributed
The one-year-old infant who died after she was left locked in a car for hours at the Black River Police Station, where her dad worked.

Ashley Anguin/Photographer
The Black River Police Station in St Elizabeth, where Sgt Sheldon Dobson is stationed and is reported to have left his one-year-old daughter locked in his car on Monday.

Contributed
The one-year-old infant who died after she was left locked in a car for hours at the Black River Police Station, where her dad worked.
1
2
3
4

Sergeant Sheldon Dobson was not accustomed to taking his one-year-old daughter to daycare and a change of routine on Monday is said to have resulted in the death of the toddler, who was reportedly left locked inside his car for eight hours as he went to work.

When Dobson, who works at the Black River Police Station, finally remembered the child, he found her unconscious.

She was pronounced dead at the Black River Hospital yesterday morning.

“He would not have left her in the car purposely. He is too much of a good father to do that,” said a friend, who was still in a state of shock when The Gleaner visited St Elizabeth’s capital yesterday afternoon.

The police were reportedly in mourning and would not speak on the incident.

Both of the child’s parents are said to be attached to the Jamaica Constabulary Force (JCF).

Rosalee Gage-Grey, CEO of the Child Protection and Family Services Agency (CPFSA), told The Gleaner Wednesday night that it had not launched an investigation into the matter but was providing support.

“In incidents like these, we act as first responders alongside other stakeholders, such as the police, victim services, others in child welfare, to offer support for the family and others involved. ... It’s very early days yet,” said Gage-Grey.

“Our officers went on the ground and we await their reports.”

The close-knit family has taken the death hard.

Members of the community said that it would have been the child’s third day at daycare. Her grandmother, who would have been taking care of her under normal circumstances, had fallen ill and the parents decided to have the child enrolled in daycare to avoid exposure.

“I know people are going to say she is a child and how could he forget, but sometimes even your phone is in your hand and you are looking for it,” said a family friend, noting that relatives and associates have been sympathetic towards the police sergeant, who is racked with guilt.

According to the friend, the baby was a gift of sorts to the mother, having hoped for another child with her husband for a few years. She has an older daughter with him and a son from another relationship but yearned for a baby.

“I would say the baby came for a purpose, and she did her job here of making her parents happy,” the friend told The Gleaner.

Shericka Riley, the hairdresser of the child’s mother, said that she was shaken by the tragedy.

“I get anxiety, and even today at work, everybody was just out of it. Everybody is just really, really sad,” she said. “If I feel the way I do, can you imagine how devastated they are?”

Riley expressed disappointment at comments posted to social media when news of the incident surfaced yesterday.

“People are bashing him, but he is only human. Stuff happens. “We are quick to judge, and we don’t know who they are,” she said, adding that the couple are always taking care of other people’s children. “They serve their community very well and are community leaders.”

St Elizabeth businessman and politician Kern Spencer said he is calling on the JCF’s Chaplaincy Unit to offer much-needed counselling to the parents, relatives, and police officers in the area.

“I urge his colleagues to stay very close to him because I am sure the entire situation is weighing heavily on his mind,” he said.