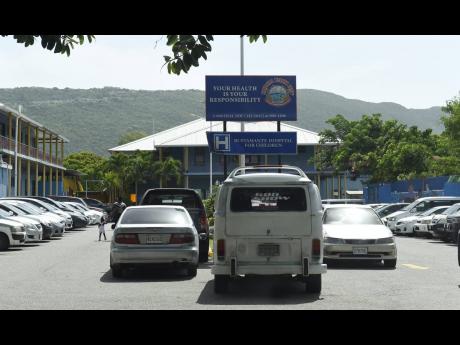 File
The Bustamante Hospital for Children in St Andrew. 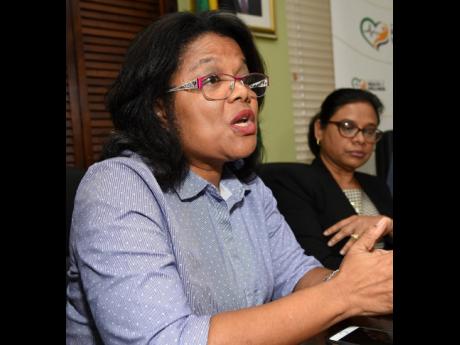 There is a drastic increase in the number of confirmed COVID-19-positive patients at the Bustamante Hospital for Children (BHC) in St Andrew, with a record of 29 admissions since numbers skyrocketed at the start of the year, putting a strain on the facility’s personal protection resources, accommodations, and staff.

Some clinics have also been hit hard by the influx of paediatric patients.

Only four children infected with COVID-19 have died at BHC since 2020, and these youngsters all had underlying medical conditions, administrators at Jamaica’s premier child healthcare facility told The Sunday Gleaner last week.

But with intake increasing weekly and with 20 minors who are also suffering from pneumonia, meningitis, urinary tract infection, and trauma in admission with COVID-19 up to last Thursday, the hospital staff is sounding an alarm.

More than 512 positive cases have been detected there since the first case of the disease was detected in Jamaica nearly two years ago.

“While increased numbers have been found in hospitalised children, their conditions have been mild,” she explained, adding that most were outpatients. “Only a few have been critically ill. [However,] these children have been found to have serious underlying medical or surgical conditions, which are known to be associated with increased risk of complications,” she emphasised.

Some of the children turn up with coughs, runny nose, vomiting, and diarrhoea; while others are brought in for fever and frightening seizures. Screenings for other medical and surgical conditions such as kidney problems in admitted patients have detected the presence of COVID-19. All children admitted last week were stable.

“Get vaccinated and vaccinate our adolescent population 12-18, wear a mask, practise hand hygiene and social distancing, and reduce or prevent exposures, reduce social gatherings,” Richards-Dawson advised, sounding a warning to parents and teenagers who are believed to be passing the virus on to their infants and relatives.

She said the influx has resulted in increased usage of hospital resources, accommodation challenges though additional wards have been created due to the COVID-19 demand, and staff shortages as some members have come down ill or have been placed in quarantine and isolation due to national health protocols.

At the privately run KidzKlinik at the El Shaddai Medial Centre on Old Hope Road in St Andrew, administrators last week said they have had to be hiring additional staff.

“We do testing here and we have been seeing quite a few cases of COVID-19-positive children over the past few weeks. It has kept the staff quite busy. We had to bring in additional help to deal with the testing and also to ensure that all protocols are observed,” team member Yolanda Brown noted.

“They (children) were symptomatic and so their parents carried them in. It’s either that their parents or their grandparents are positive – somebody in the family – and they were showing symptoms of it,” she relayed, noting that children as young as three years old were turning up coughing, with fever and vomiting.

So far, there have been roughly two occasions in which children exhibiting severe COVID-19 symptoms have been transferred to BHC, “but it all depends because we know the medical facilities are overwhelmed right now”, Brown said.

At 8 a.m. last Tuesday, five-year-old Jevaughn* could manage only two of the seven Vienna sausages inside the small picnic bag his mother took for him to the Christian Pen Health Centre in Portmore, St Catherine. The small box of milk was equally difficult to swallow, as his mother waited for testing under a designated ‘COVID-19 suspected’ tent at the facility. By 9 o’clock, the area was filled with patients.

On any other day, young Jevaughn would have rifled through the lunch bag’s contents. Here, however, he was not himself, and his mother was worried. Two weeks after the civil servant fell sick after mingling with later-confirmed COVID-19-positive colleagues, she feared she might have passed it on to her now lethargic son. She was infected with COVID-19 last year and dreaded the pain she felt for the boy.

“Last night, I realised my son burning up with fever!” the mother exclaimed. “The fever went as high as 38 degrees Celsius. I tried to see if I could get the temperature down with alcohol, pills, etc., and I realised it was not going down. Then he was coughing and sneezing, and telling me his head hurting him.

“This is not him, he would have eaten already like a whole heap of things before the morning and he has not eaten. Even yesterday (Monday), he didn’t eat anything,” she bemoaned. “I am hoping it’s not it because then that would mean that we would have to be doing contact tracing with his school as well.

“It could be from me, but he could also have caught it at school as well,” she said of the boy, who had resumed face-to-face classes earlier this month.

Several reports reached the newspaper last week that some schools were forced to close their doors after reopening due to increased cases of the virus.

“I really think Prime Minister Andrew Holness should reinstate the work-from-home [mandate] and let it be known among the directors that if the staff is not feeling well, send them home,” Jevaughn’s mother said.

Yesterday, Jevaughn’s mom said that her result had come back positive, but son’s COVID-19 status was not still clear.