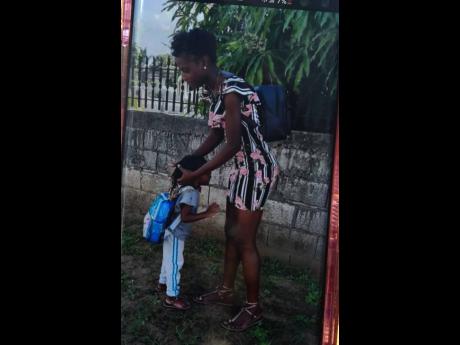 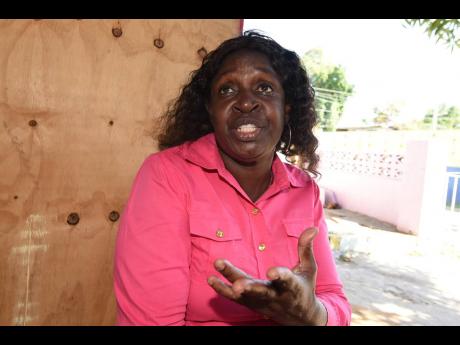 Kenyon Hemans/Photographer
Victoria Armstrong talks about the death of her niece, Shanique Armstrong, during a Gleaner interview in Rivoli, Spanish Town, on Monday.
1
2

Shanique Armstrong, the 27-year-old woman who accused healthcare workers of callous ambivalence as she reportedly delivered her baby unassisted at Spanish Town Hospital in May last year, has died without getting closure on that tragedy. The young...

Shanique Armstrong, the 27-year-old woman who accused healthcare workers of callous ambivalence as she reportedly delivered her baby unassisted at Spanish Town Hospital in May last year, has died without getting closure on that tragedy.

The young mom succumbed to a brief illness shortly after 2 p.m. at the St Catherine facility on Saturday, months after the traumatic ordeal that unfolded in the waiting area of the Accident and Emergency Department, drawing national outrage. Her newborn had died.

Shanique’s cause of death has not been confirmed, but Victoria Armstrong, the paternal aunt of Shanique, said in the days leading up to her death, she had been filled with disappointment and died of a broken heart.

“Shanique suffer terrible. After losing the baby, it’s like Shanique go into many panic attacks because when she remember that she had the baby and the baby was alive and she a beg them to bring her to the maternity unit and she a tell them say to save the baby, she can dead, she said nobody pay her any mind,” Victoria told The Gleaner during an interview at her Rivoli Avenue home in the parish.

The South East Regional Health Authority (SERHA) had announced that a probe had been launched into the claims, but since that time there has been no further update on the matter.

Nor has there been a release of the report submitted to the board, following on a commitment by then State Minister for Information Robert Morgan.

Late Monday, SERHA’s Regional Director Errol Greene told The Gleaner that he would provide an update on the status of the report today.

Shanique had insisted that nurses had ignored her plea for assistance moments before the death of her 24-week-old daughter.

Shanique had reported delivering the baby herself in a bedpan and subsequently watched the infant die.

She had also said that she delivered her placenta unassisted and that the doctor scheduled to work arrived hours later.

The hospital’s management had denied Shanique’s account of the incident that occurred in May last year, insisting that clinical procedures were followed.

Armstrong, who said that she raised Shanique and her sister, contends that her niece never recovered from that experience.

“That is what killed her,” Armstrong stressed.

She said Shanique, who suffered with scleroderma - a group of rare diseases involving the hardening and tightening of skin and connective tissue - had been repeatedly admitted to Spanish Town and Kingston Public hospitals between October and November and had on occasion visited the National Chest Hospital.

She was again admitted at Spanish Town on Thursday, January 20, Armstrong said but had not been placed on a ward. She said that she was being held in observation, where she died.

“People a tell her fi drop the case because Government not giving her anything. She said people would tell her they getting back to her, and nobody did,” said Victoria.

The matter had been reported to the Office of the Public Defender, but Shanique had told The Gleaner that she was asked to return when she had recovered from her illness.

Victoria is convinced that had her niece been given the report or had been recognised by health authorities, she would have been in a better place mentally.

“She said she was trying to reach out to the prime minister but she just not getting through. I think that is why she succumbed.”

Shanique leaves behind a five-year-old daughter.

Victoria has challenged the Government to get a grip on public health facilities.

She has also called for the release of the report.

“I hope her story can do something for other mothers and [help to] create a better health system,” she said, insisting also that the Government reintroduce user fees at public hospitals.