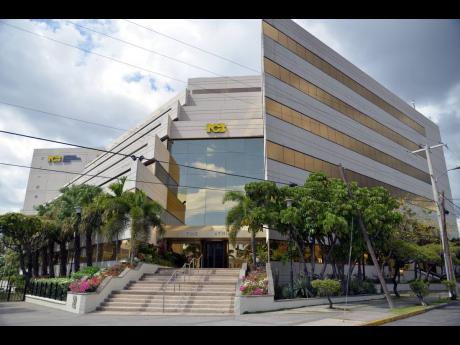 Following public outrage about new and increased fees, the National Commercial Bank (NCB) has moved to announce a new type of account, On The Go Lite, which will not incur charges, including at its own point-of-sale or automated teller machines (ATMs).

NCB has introduced a new On The Go Lite account, which, in addition to its Quick Save account introduced in 2020, gives users some fee exemptions.

“The Quick Save Account operates as a current account for customers with balances of $250,000 or less. It was developed for the average Jamaican who could be earning in the region of $20,000 per week. We appreciate that these customers would be previously unbanked or underbanked,” Sheree Martin, NCB's head of retail banking and customer experience, said in a release.

The bank said that it has also taken the decision to waive the $350 cheque-encashment fee for amounts $15,000 and under.

The issue of bank fees was again placed in the spotlight this week after NCB and Scotiabank, the island's two largest commercial banks, moved to introduce new fee structures between January and March 2022.

This has led to the Jamaica Labour Party – which forms the Government – calling on the Holness administration to have dialogue with the banking sector to cushion the blow of the revised fees in light of the pandemic.

The People's National Party has also called for a fresh look at a retabled proposed amendments to the Banking Services Act pitched by opposition parliamentarian Fitz Jackson.

The Government had used its majority to defeat the private member's motion he tabled in Parliament in 2018.

The bill had also received strong pushback from the financial sector, with financial institutions arguing that the Government should not dictate fees in a free market economy.

In the release yesterday, Martin argued that more than 70 per cent of NCB's banking fees have remained unchanged, while some had been suspended at the start of the pandemic.

The release noted that increased fees primarily related to in-branch transactions and the processing of cheques and cash, which it said was more costly when compared to digital transactions.

“The Gold Club members, Quick Save, and On The Go account holders are exempt from all fees, including minimum balance charges,” NCB said, noting that holders of other accounts also have several channels to avoid fees.

The updated fee and rate structure also announced the discontinuation of certain fees such as those for declined transactions and for balance enquiries done via ATMs, online, mobile app, kiosk and telebanking.