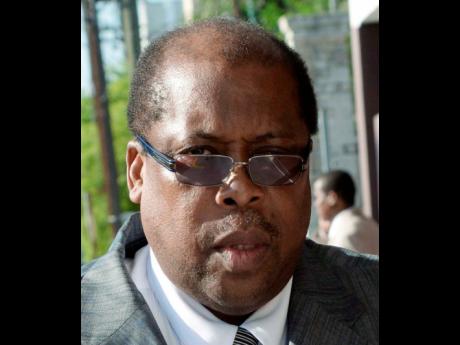 Senator Lambert Brown found himself in the cross hairs of President of the Senate Tom Tavares Finson during Friday’s sitting of the Upper House, when he tried to use his endorsement of the amendments to the The Sisters of Mercy of Jamaica, British West Indies (Validation, Indemnification and Amendment) Act, 2021 to critique the new transaction fees charged by the country’s two largest commercial banks.

The National Commercial Bank (NCB) and Scotiabank have been unrelenting in the wake of entreaties from Minister of Finance and the Public Service Dr Nigel Clarke and Prime Minister Andrew Holness that they roll back the new fees in light of the country’s fiscal realities.

Clarke said the move by the commercial banks was an indication they were tone-deaf, while Prime Minister Andrew Holness urged institutions to weigh the financial fallout that has eroded family incomes. Despite this, the banks have held firm to their decision to uphold the fees. However, when Brown attempted to weigh in on the matter, the Senate president stopped him in his tracks, mid-sentence.

“Senator Brown, I suspect that you are going to have a chance to talk about the banking fees at another time, but I am not going to permit you … you don’t have to go down that line,” he said in reining in the Opposition senator.

“I am moving from the bank fees,” Brown assured.

However, soon after the Senator resumed speaking, Tavares Finson again cracked the whip.

“All I am telling you, if you don’t stick to the legislation, I am going to stop you.”

And again, Brown gave the assurance of compliance.

“You can stop me because I dun move from the rapacious fees charged by banks on the citizens. I just want to conclude by saying that their (Sisters of Mercy) sacrifice is supported by the minister of justice, by the minister of finance, and the prime minister in their recent statements against the bank fees and such sacrifice and charity are what the country need, not the rapacious fees.”

Brown, who along with the other Opposition senators had just supported amendments to The Terrorism Prevention (Designated Reporting Entity) (Trust and Corporate Services Providers) Resolution, 2022, found a way to address both of the issues in his opening remarks.

“I was tempted in the motion earlier to speak about the terrorism felt by citizens, as against the sacrifice made by these Sisters. Oh, how I wish that their sacrifice could be replicated by those in corporate Jamaica who, at a time when the coronavirus has been hitting us all, would show that sacrifice and charity in the way they treat their fees,” Brown argued.