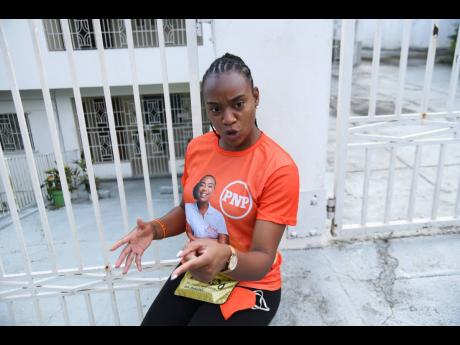 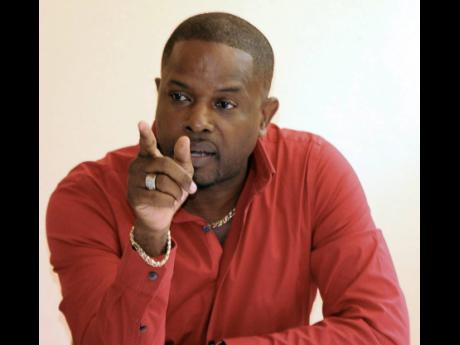 One of the island's most respected gender specialists is calling on the country's men to resist the urge to use demeaning or derogatory terms to refer to women.

“We need to be clear that women's bodies and what they do with their body is their responsibility,” Palmer Adisa stated.

“They feel they can tell women what to wear ... or what kind of action they should take with men. And that's really wrong. We need to understand that the historical context of that is as a result of patriarchy thinking that women are to be led and defined,” she said.

She argues that this was a demonstration of inequality and prejudice.

“And so for someone in an argument to use that as what they might consider a valid argument to dismiss a woman needs to understand that their action is, in fact, discriminatory,” said Palmer Adisa.

Meadows' caustic post was in response to Tomlinson's criticism of an interview on Nationwide News Network.

Commenting on interview, Tomlinson said that Meadows was struggling to sound honest, when questioned about accusations made by FLA CEO Shane Dalling about the former deputy chair's conduct as an FLA director.

“Like you struggled to remain #babymother13 but failed miserably. My effort was not to convince the likes of you. It's a futile effort to convince those fixed on finding a reason not to believe you,” Meadows responded.

The backlash was quick, with many Twitter followers saying Meadows as disrespectful and going much too far.

“Dennis, my vagina & reproductive choices aren't your business. The FLA was your business. Being diligent, fair & accountable in executing your duties was your bizniz ... ,” Tomlinson replied.

When The Gleaner contacted Meadows yesterday morning, he said that those who knew him well could confirm that by nature, he is civil and well-mannered.

“I respect man, woman and child, but those who dare to question my character or seek to impugn my good name will feel my wrath. I am only human. I am not pretentious,” he told The Gleaner.

Hours later, he bowed to public pressure and apologised for his tweet.

“On reflection it's undeserving and unbecoming. It's an affront to women's reproductive rights and choice. Misogyny has never been a part of my being. Given the circumstances, I'm not in the right state of mind” he tweeted 16 hours after the initial post, adding that he was unreservedly apologising to Tomlinson and motherhood.

Speaking with The Gleaner, Tomlinson, a junior shadow minister on gender issues for the opposition PNP, said the country should not allow Meadows to use sexism, misogynist remarks and aggression to distract from the matter.

“The allegations made by Shane Dalling against him are damning, damaging and should cause every Jamaican to be awaiting a credible response from him,” she said.

Efforts to get a further comment from Tomlinson following the apology proved futile.