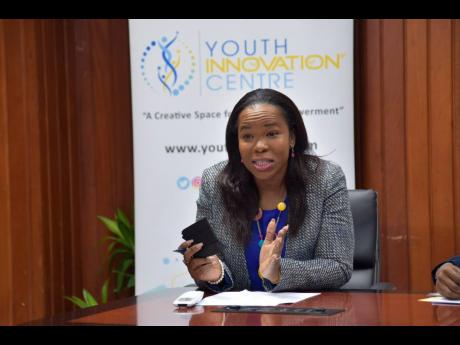 Aimed at addressing the mental health problems brought on by COVID-19 on the country’s youth, the Ministry of Education has unveiled an extensive psychosocial pillar, which includes a cluster-based guidance concept programme.

The effort will see the guidance-counsellor ratio in the country’s high schools move to one to 400 students, instead of the current one to 500 students, acting chief education officer Dr Kassan Troupe told journalists during a Gleaner Editors’ Forum on Wednesday.

With the return of face-to-face learning, the ministry says even telemedicine for students islandwide has been part of the solution.

“School constitutes a large portion of a child’s life, their experiences and their developmental support. It builds their ability to learn to co-exist with others, problem-solve, and some children are going to look forward to the return of face-to-face, but some will have adverse effects which I have seen in therapy,” clinical psychologist Georgia Rose explained to The Gleaner.

According to Rose, the pandemic has been a psychologically destabilising force to the country’s most vulnerable children, particularly those youngsters who have never been out since matriculating from primary to high school in the last two years.

“Having not formed any social or peer bonds may be scary. They are stepping out for the first time on shaky feet,” she stated.

Rose said the emotional and psychological reaction to full-scale resumption would elicit different responses. She said that the creation of a warm and inviting space for students would help significantly in getting them back on a normal trajectory.

The clinical psychologist commended the education ministry for initiating measures with its introduction of the special mental health programmes.

Obviously prepared to meet the challenges head-on, Troupe said the ministry had to pivot throughout the pandemic, treating a number of the students with issues individually, outside of the schools, via telecounselling.

These students, she revealed, were receiving their therapeutic sessions over the telephone, some of them through Zoom and other teleconferencing platforms.

Troupe said that the ministry’s response was to launch the cluster-based guidance concepts programme, where guidance counsellors and social workers were engaged to provide counselling and psychosocial service to a maximum of three schools in close proximity.

They also partnered with UNICEF to launch what they call the ‘Return to Happiness’ programme, which focused heavily on teachers who may be going through difficulties during the pandemic, even while having to help their students along the way.

Currently, all government schools have guidance counsellors in place who are timetabled to deliver a minimum of 12 psychosocial sessions weekly, in addition to family counselling, which is part of the ministry’s framework.